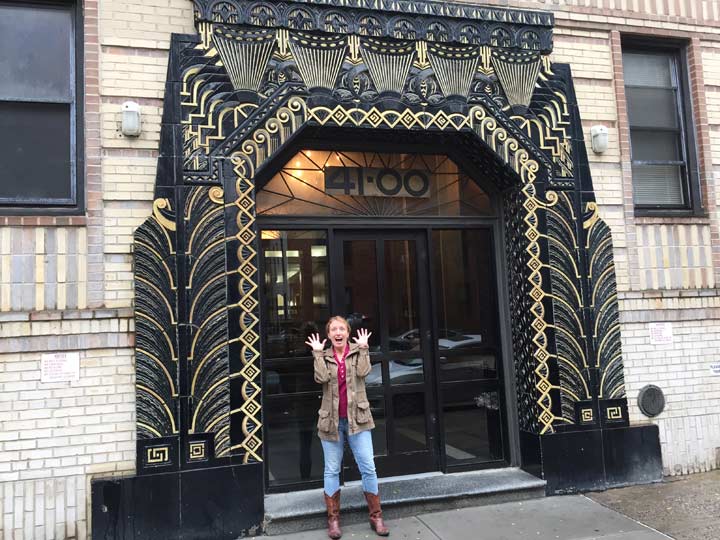 My friend Heather Quinlan, who created If These Knishes Could Talk, an examination of the famed New York City accent, is here in front of the riotously Art Deco entrance of The Golden Gate apartment building at 41-00 43rd Avenue in Sunnyside, Queens, a building of which NJ 101.5 deejay Don Tandler (The Record Handler) could utter his catchphrase, “They don’t make ’em like this anymore, and they don’t even try!” 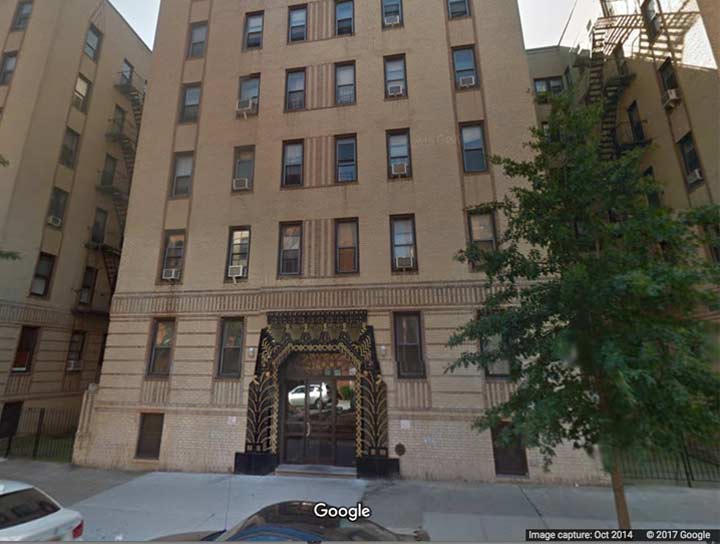 The distinguishing features of the style are simple, clean shapes, often with a “streamlined” look; ornament that is geometric or stylized from representational forms; and unusually varied, often expensive materials, which frequently include man-made substances (plastics, especially Bakelite; vita-glass; and ferroconcrete) in addition to natural ones (jade, silver, ivory, obsidian, chrome, and rock crystal). Though Art Deco objects were rarely mass-produced, the characteristic features of the style reflected admiration for the modernity of the machine and for the inherent design qualities of machine-made objects (e.g., relative simplicity, planarity, symmetry, and unvaried repetition of elements). [Brittanica] 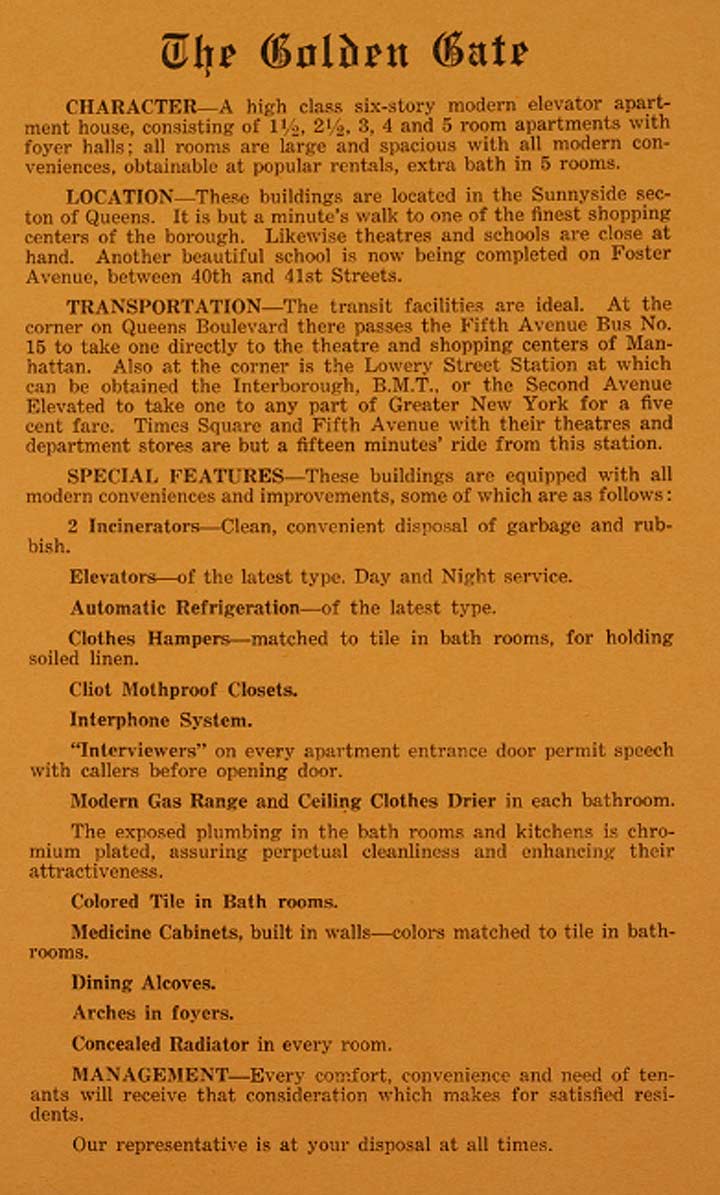 The original Golden Gate apartment brochure distributed to potential renters. Note that in 1931, the 2nd Avenue El was accessible at Queensboro Plaza as it would be until 1942. The 5¢ fare held firm until 1948, which almost bankrupted the subways…

Only one active listing on StreetEasy, a one-bedroom for $1,850. Definitely less than Manhattan rents.

I like how the brochure used Lowery St for the IRT/BMT Queensboro El Station name; no mention of 40th St.

Can someone explain what rooms were counted in the apartment descriptions referring to 1-1/2, 2-1/2, 3, etc. room apartments. I’m only used to counting bedrooms to describe the size of a house/apartment. Thanks.

Bedrooms, living room, kitchen, dining room all are rooms. Half rooms can be little attached dressing room types. Bathrooms are not counted.

Thanks for the info!