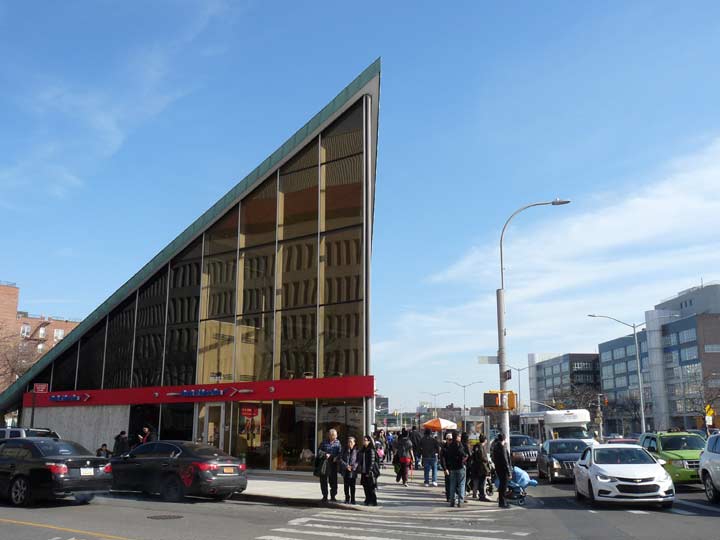 The former Jamaica Savings Bank on Queens Boulevard and 56th Avenue exhibits phases, like the moon, depending on where you view it. Designed and built for Jamaica Savings Bank in 1968 by William Cann, from 56th Avenue it resembles a verdigri’ed Stealth bomber, while its glassy triangle is unmistakable from other angles across the Boulevard of Death. Currently, it is home to a branch of Bank of America: it has always been a bank. 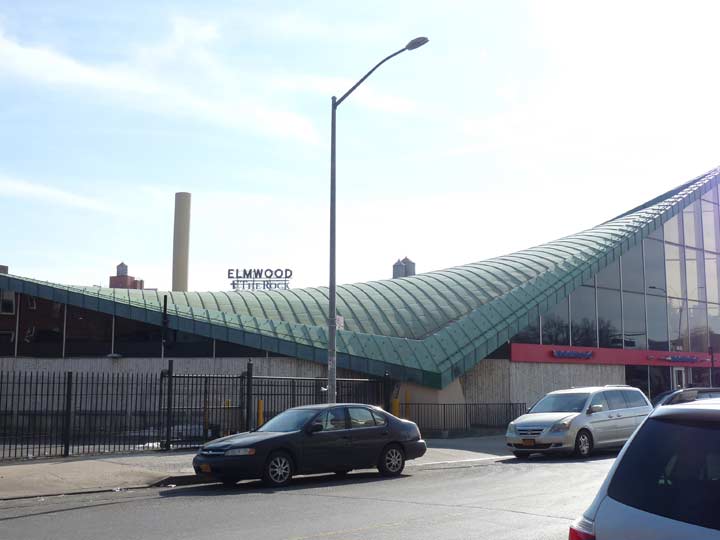 The arrival of the World’s Fair in Flushing Meadows in 1964 was symbolic of the Swingin’ Sixties, space-race go-go attitude the country had at the time; the war in Vietnam had not yet become an albatross and there seemed to be a boundless enthusiasm about the future and the wonders it would produce. Architects seemed to get the message as well and it was then that several extraordinary buildings were produced along Queens Boulevard. George Jetson would feel at home zipping by the sweep-angled, glass-fronted edifice.

Local Philistines in the City Council overturned the Landmarks Preservation Commission’s decision to designate it. Rumor has it that some neighborhood loons would like it torn down in favor of a more conventionally designed building. I hope it stands there forever.

I used to live near here when I first moved here. I was in complete aw of this and the round mall with target in it across the street. In fact, the whole area made me in awe. It was hot August, and I’d spend the day shopping at the Chinese market a block away from me, then wander over to target. It was magical.

It’s classic “Googie” architecture, and deserves to be kept.

I always thought this building looked like a whale. It is a real gem and certainly deserves to be preserved.

It always catches my eye. I like how it stands in angular contrast to the circular Queens place building across the stret.