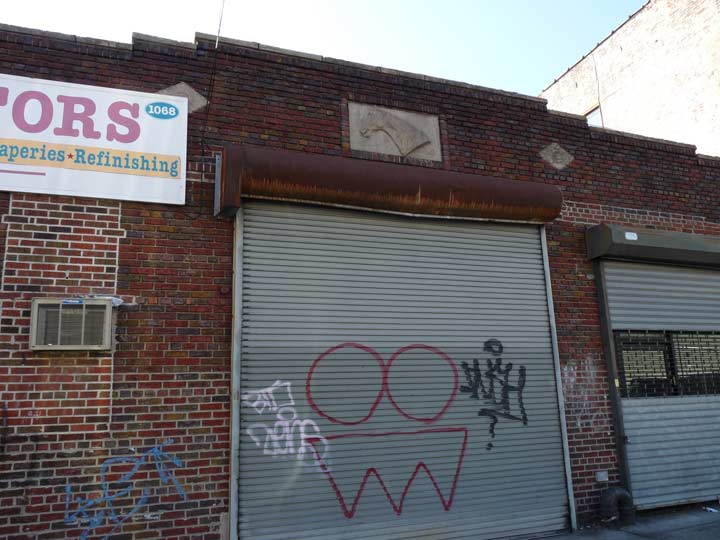 39th Street in Brooklyn is a main route between the waterfront through Sunset Park and Borough Park. It is the first through street south of the interruption caused by Green-Wood Cemetery. It has been home to trolley lines and bus routes including today’s B35, which rumbles from Sunset Park into Brownsville. The craft beer and imported coffee crowd have yet to invade these precincts, and things are still pretty much what they were when as a kid I would joyride the B35 or just ride my bicycle on 39th, with an interspersion of light manufacturing, repairs, wholesale joints and affordable residences, all jammed together on the same block.

1068 39th Street is the address of Speedy Decorators, which does “custom made furniture, reupholstery, slip covers, draperies, refinishing” in a low-rise brick building, with a rather wide garage door opening. 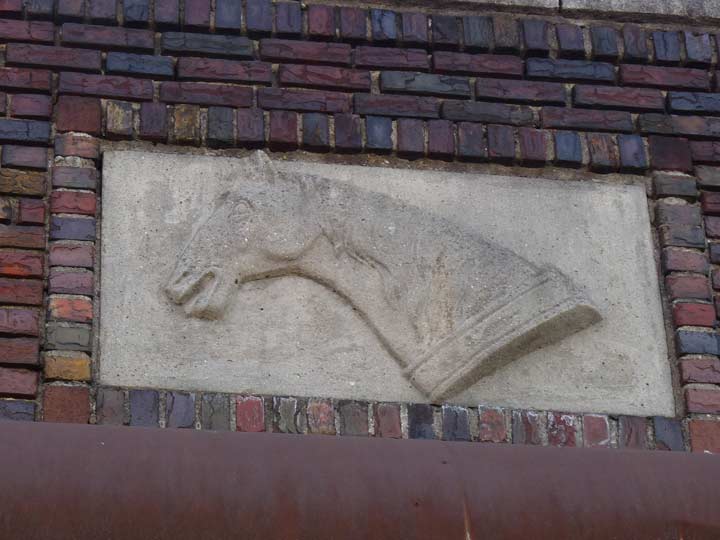 Its former use, however, is indicated by a frieze depicting ole Dobbin above the entrance. No doubt this and a number of other buildings on 39th Street were once used as stables. It’s unusual because side streets, such as Waverly Avenue in Clinton Hill, were generally used to place them, but 39th Street is a major route.

According to my late Mom, there was a city ferry service from Staten Island to 39th St. Brooklyn. It ran in the 30s until the major fire at the S.I. ferry terminal in 1946. This ferry line was never re-established. From the foot of 39th St. connections could be made to transit lines.

The 39th Street ferry ran until the Verazanno Bridge opened in 1964. I used to take it as a Boy Scout to get to Camp Pouch on SI

I read once that Gravesend, Brooklyn had a pretty popular racetrack, back in the 19th century. Besides the general Horse-and-Buggy transportation at the time, maybe that’s why there was a need for such stables on a major thoroughfare?

Darryn Sinkler, were you part of the NYC Volunteer Corps back in the 80’s? If so, you’re in a video at 6:25 minute mark : https://www.youtube.com/watch?v=1JogbUzJHJs&list=PLgj9Kmap9sZyPBGfqt4ygoKFnNDUw4gHe