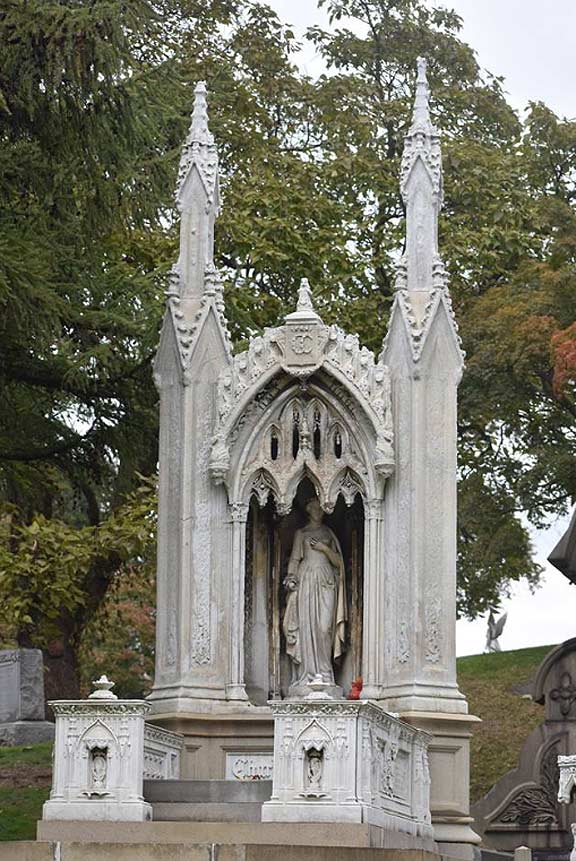 One of Green-Wood’s more elaborate memorials is also one of its oldest, that of Charlotte Canda (1828-1845), at about the Cemetery’s midpoint.

Charlotte’s life ended in a carriage accident February 3, 1845. She was 17. Her father built a monument 17 feet high, 17 feet deep, with 17 sculpted rosebuds, that was based on a sketch by Charlotte for an aunt’s tombstone. Her fiance, Charles Albert Jarett de la Marie, later committed suicide and is not buried on the same plot because of Roman Catholic law. His grave can be found a little to the right of the monument. 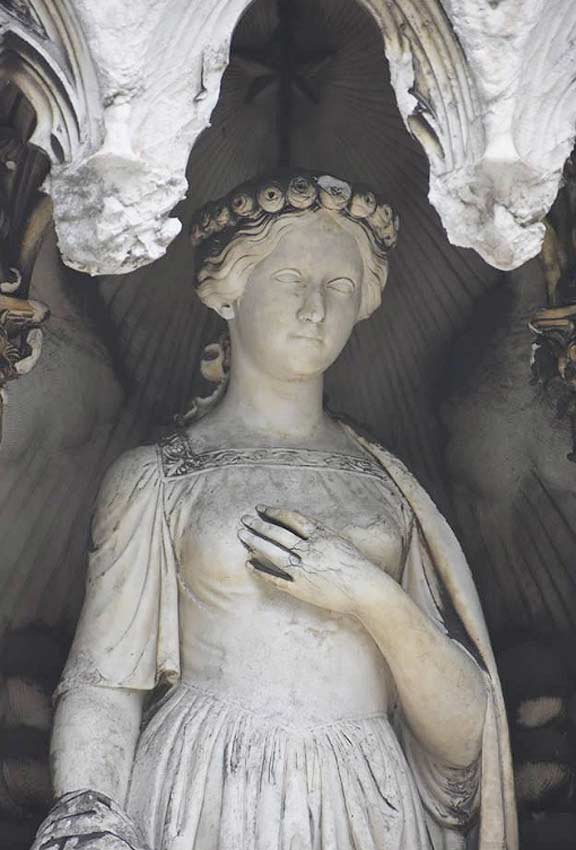 Charlotte’s father, Charles (1792-1866) fought in Napoleon’s army and came to NYC in the early 19th century, opening a girls’ school. He doted on his only daughter, Charlotte, who was educated in the finest schools and spoke five languages by the time she was a teenager.

On Charlotte’s 17th birthday, Charles threw an elaborate party for Charlotte, family and friends. At the end of the evening, Charlotte, one of her friends, and Charles traveled home in a carriage pulled by two horses. Charles, who was driving, left Charlotte alone in the carriage while he accompanied her friend to her doorstep. Something spooked the horses and they galloped away at a high speed. Charlotte was thrown from the carriage, hit her head and was fatally injured, dying just after Charles arrived at the scene.

Charlotte was interred in the churchyard at Old st. Patrick’s on Mulberry Street, but her father wanted to give her a more elaborate monument, and used Charlotte’s sketches that were to be used for a memorial to a recently-deceased aunt, and commissioned this memorial that includes her favorite plants: acanthus and roses, as well as other elements Charlotte loved, including parrots, books, and musical and artist implements.

The figure in the niche is Charlotte’s. It is accompanied by a star, symbolizing eternal life, and a butterfly with extended wings, symbolizing her liberated spirit. 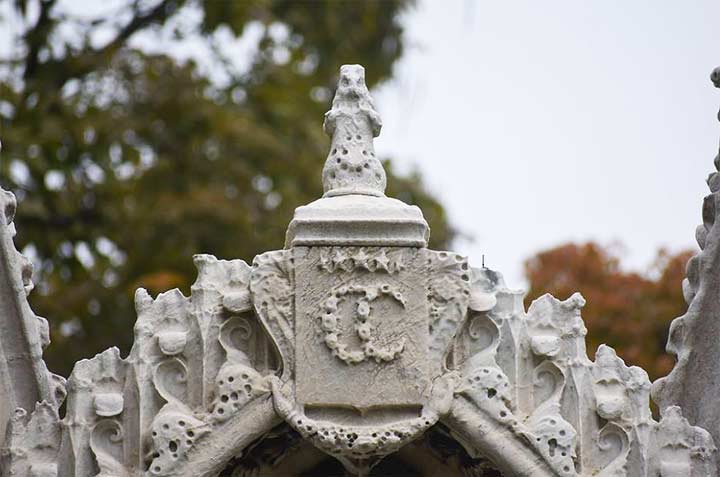 Charlotte was reinterred at the memorial in Green-Wood on 4/29/1848; the memorial was executed by sculptors John Frazee (also buried in Green-Wood) and Robert Launitz. It cost between $450,000 and $1.3M in today’s money. It has historically been one of Green-Wood’s most popular monuments for visitors, and one of its most poignant. On a recent ForgottenTour, we encountered a sizable crowd there.