The term “Wall Street” has been associated with finance and the New York Stock Exchange (suffering historic drops and selloffs in the waning days of 2018) has been at Wall and Broad Streets since the late 1700s. The street is named for a stockade barrier constructed in the early days of New Netherland to keep Native Americans from entering the small country (they had become warlike only after the Dutch governor, Willem Kieft, had slaughtered many even after a peace agreement). By 1685 the colony, now named New York, was in British control and the wall had been removed, and Wall Street was laid out along the space between the double-fenced barrier. 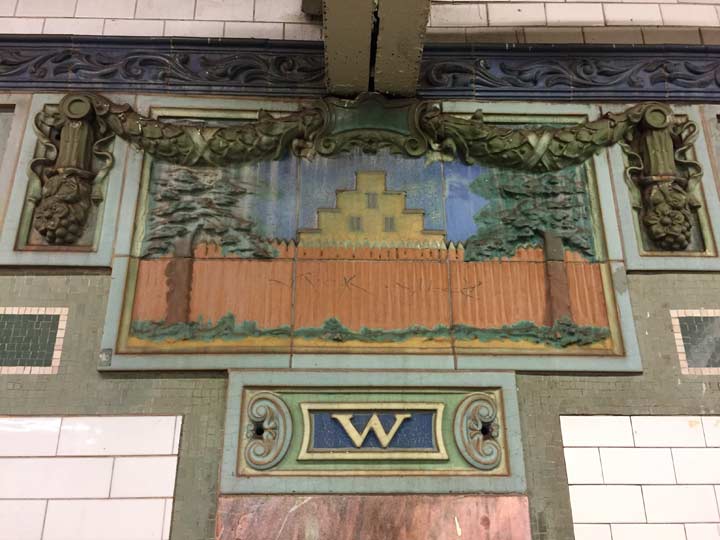 On Christmas Eve 2018 I found myself downtown to check out the “Oculus” PATH terminal at night, and got off the #4 train at Wall Street, always one of my favorite stations since it preserves a number of archaisms from the subways’ early days. It opened in 1905 during the subways’ initial push, when the stations were designed by architects Heins & LaFarge. A hallmark of these early stations was the presence of large terra cotta plaques depicting a present-day or historic scene. Selected for this station, of course, was the wall. It’s depicted from north of the wall as the viewer is looking toward a stepped-roof Dutch building inside the fortification, with a pair of trees framing the view.  In the book  Subway Ceramics, Lee Stookey avers that the plaque was made by Rookwood Pottery, one of a number of terra cotta companies that were employed in the subways, along with Grueby Faience and American Encaustic.

Outside on Broadway, you can find the station’s original entrances. 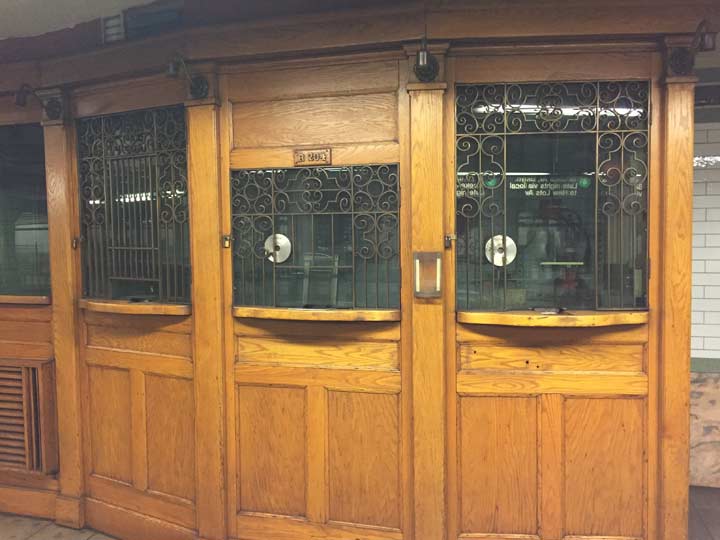 While this wood booth was used for purchasing tokens for many years, in 1905 its original function was as a ticket-selling booth. The former arrangement was for the passenger to buy a ticket which would then be handed to the attendant at a gate, who would insert it in a ticket chopper; chopped tickets served as proof of purchases when they were collected later. In fact the station still had one of the choppers a few years ago. Note the brass fixtures above the windows — there were still working bulbs in them a few years ago. 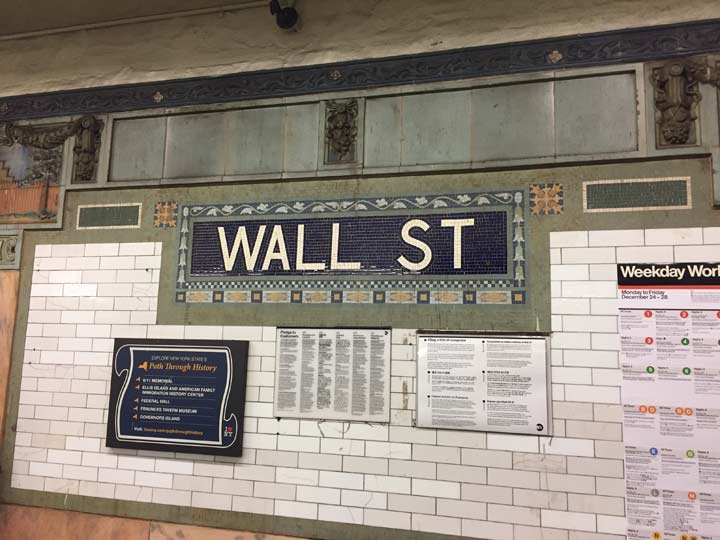 The station ID plaques are busier than most, with floral artwork and mosaic checkerboards. While some stations have a period after the “ST”, this station doesn’t. In the 1970s the MTA gave Wall Street an ill-advised makeover in which a new wall made of glazed navy blue bricks covered everything except the plaques and the terra cotta. I admit I liked it for a time, but it wasn’t a historical rendering and the MTA removed the blue walls when re-doing the station in the 1990s. Bowling Green’s orange bricks still persist, though. 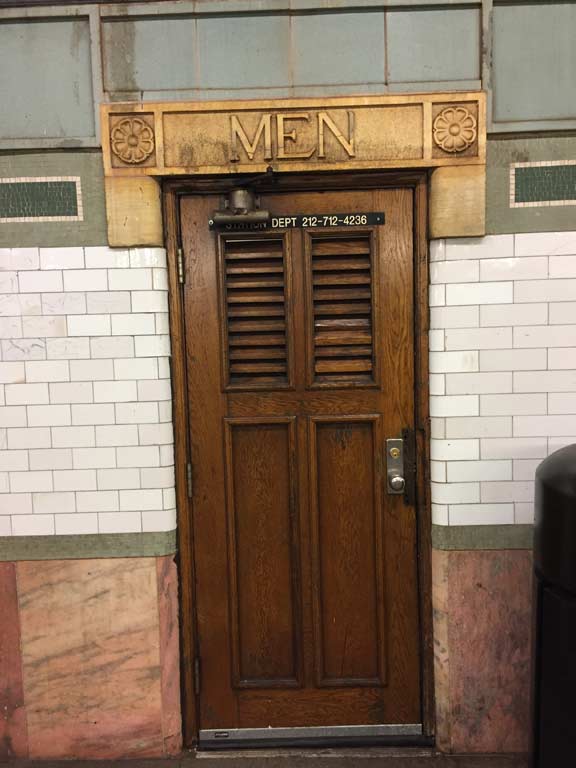 Former  men’s room with original terra cotta sign and wood door. There is a women’s room a few feet away. 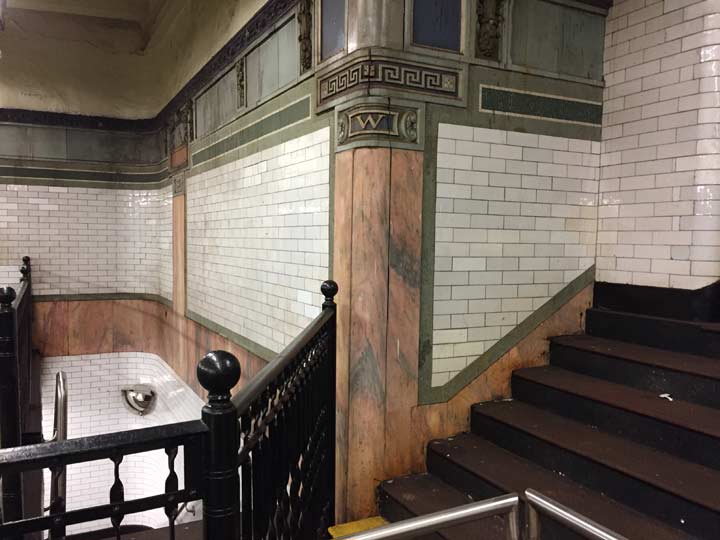 This is a crossunder to the northbound side. There are several corners in the stations that gave the architects a chance to include moldings and other elements that give the station  a unique character.

Ironic that “The street is named for a stockade barrier constructed in the early days of New Netherland to keep Native Americans from entering the small country.” In 2018 “The Wall” is a political football also designed to keep people out, albeit at a different location.

Curious to know if the wooden token booth is an original IRT remnant or a very good reproduction. I remember it appearing only after the blue tile renovation of the 1970s was replaced by the current design. Plus the wooden frame for the air conditioner (see lower left of photo) is clearly not from 1904. I always assumed this booth was a very good reproduction that served a decorative purpose to tie-in with the new-old look given to the Wall Street Station in the 1990s.