Wheeler Avenue was the scene of one of the most infamous incidents in the history of the New York Police Department, as Guinea, West African immigrant Amadou Diallo was shot and killed 2/4/99 by four plainclothes cops who used 41 rounds of ammunition; they believed he had drawn a weapon. The officers were acquitted at trial, which brought on a firestorm of controversy regarding police practices, especially in ‘minority’ neighborhoods; Minneapolis and the rest of the country are undergoing a similar situation with the death of George Floyd at the hands of police. Diallo’s family accepted $3M from NYC in a civil settlement. 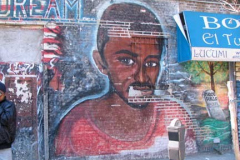 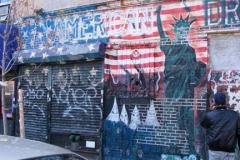 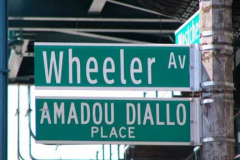 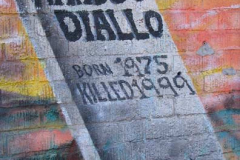 Funding & donations were suspended for the proposed Eleanor Bumpurs Plaza back in the late ’80s, whe drawings for a life-sized bronze fountain (yes, fountain) depicted her as knife wielding psychopath, lunging towards the police officers with goiter symptom bulging eyes. Couldn’t even begin to magineZ R that happening today, with social media. Fugedaboutit!

@Crotonahub That anyone would think such a design would be a remotely good idea verges on the unbelievable.

I have no idea what that other commenter is saying. I only wanted to thanik Kevin for posting this timely memorial.