I have been thinking lately of all the places I have been to once, and only once, since I began work on Forgotten New York in 1998. I will try and revisit them where possible. However, there are certain places where that will be rather difficult. One of them is the Lawrence Family Cemetery at 20th Road and 35th Street in Astoria, once of two surviving cemeteries belonging to the once-prominent Queens County family that produced naval heroes and NYC mayors. The other Lawrence cemetery is in Bayside, several miles to the east. 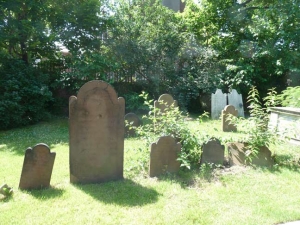 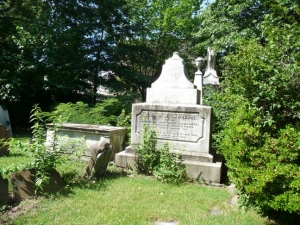 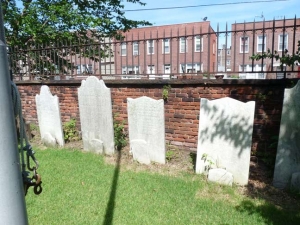 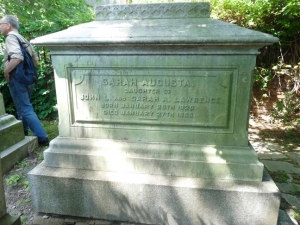 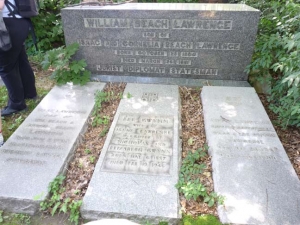 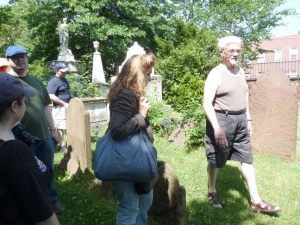 This cemetery was established in 1703 when Major Thomas Lawrence was interred here. The family figures prominently in city and USA history, with government and military notables; a NYC mayor is buried in the Bayside cemetery.

For over 60 years, the Astoria Lawrence Cemetery has been maintained by a neighbor, James Sheehan, who inherited the property and the cemetery from his father-in-law. As it happens, Mr. Sheehan was present for the Newtown Historical Society tour of the Ditmars area I co-led in June 2012, and he allowed admittance and pointed out several prominent gravesites.

The Lawrences were a prominent family in the early days of Queens, and produced some historically significant figures…for example, it was Captain James Lawrence who uttered the immortal words “Don’t give up the ship!” while commanding the USS Chesapeake vs. HMS Shannon during the War of 1812. The Chesapeake was defeated; Captain Lawrence was killed; the war ended in stalemate.

I have some hope of regaining entry to the Astoria cemetery at some time, but Mr. Sheehan isn’t getting any younger.

I hope the present owner has made provision for its continued preservation. The Bayside Lawrence cemetery is a NYC landmark. Also, Theodore Roosevelt’s first book was about the naval war of 1812.