In Country Days in New York City, author Divya Summers describes this old commuter line that is now used for another purpose:

The Old Putnam Railroad Track, a defunct railroad bad that one Manhattan-based Urban Park Ranger tells me is his favorite walk in the city (“I love being out in the fresh New York air”, he adds) follows the route of a commuter train that ran from the Bronx up to Brewster, New York for almost a century. Now that the “Old Put”, as commuters called it, is no longer in use, rabbits, skunks and raccoons have taken over. Even deer and foxes have been spotted, and the variety of birdlife waiting to be spotted along the way includes the occasional rare great horned owl. 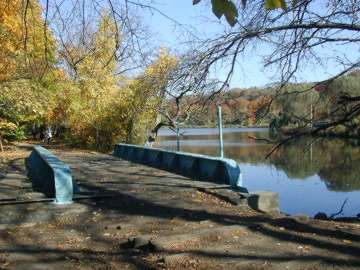 This abandoned railroad is in Van Cortlandt Park in the Bronx. It can be reached by walking east through the park from the E 242nd Street stop on the #1 subway line, the last stop.

The Putnam Branch, or “The Old Put” as it’s called, originally ran from Sedgwick Avenue in the Bronx north to Brewster, New York on the NY Central commuter line, now called the Metro-North. It diverged from the Hudson Line just south of Kingsbridge Road.

The branch had two stops in The Bronx: Kingsbridge and Van Cortlandt Park. The Putnam Branch itself was never electrified (hence the absence of remains of a third rail). There was, however, an electrified branch that diverged from the line just north of the Van Cortlandt Park Station and ran to Getty Square in Yonkers. Passenger service ended on the line in 1958, and the last fright train rumbled on the now-missing tracks in 1980. 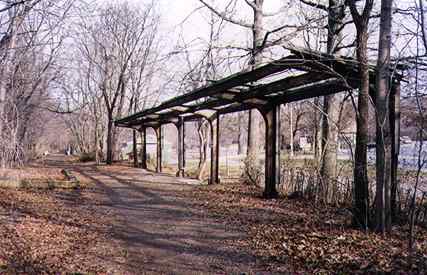 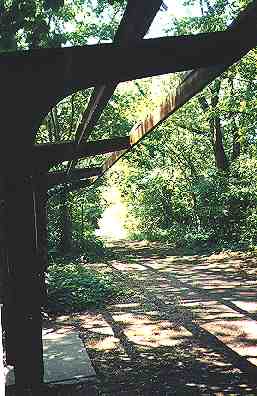 The shadows of the girders of the old station echo the railroad tracks that used to run here. 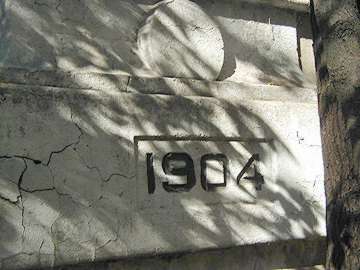 A pedestrian overpass in Van Cortlandt Park is marked with the date of construction. 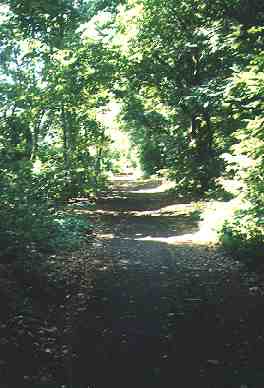 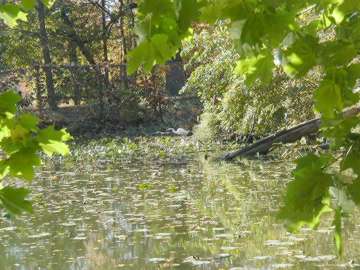 The trackbed of the Putnam now serves as a handsome nature trail/bike path that extends well into Westchester County. An egret feeds at a pond near the old trackway. 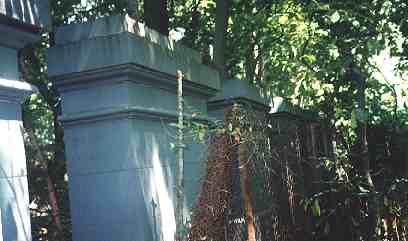 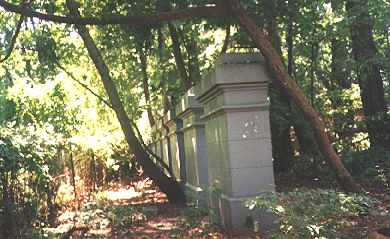 In the 1910s, before the Grand Central Terminal was built, it was decided to test different varieties of stone. These pillars were used to make the decision. (In the end the cheapest one was used.) It’s unknown which pillar was the deciding one, but they’re still there in Van Cortlandt Park. 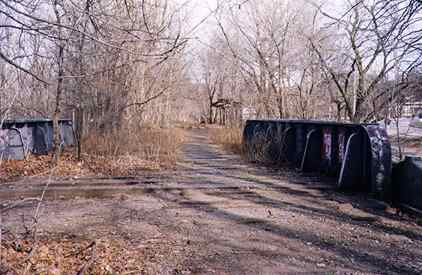 A railroad bridge and some remaining cross-ties. Occasionally a remaining spike can be found along the trail. 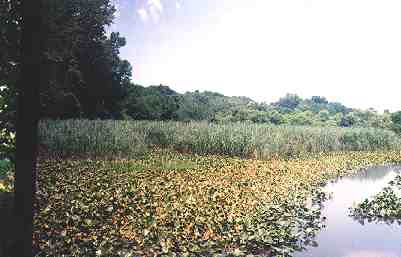 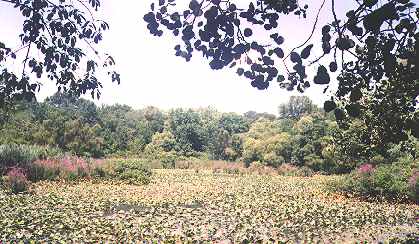 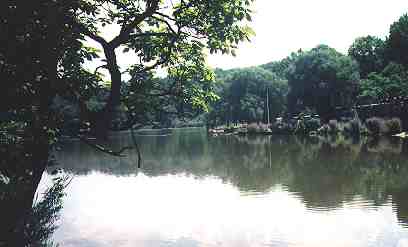 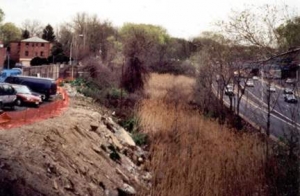 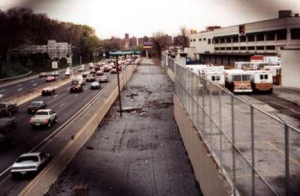 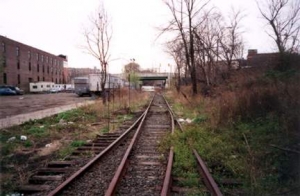 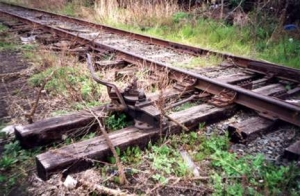 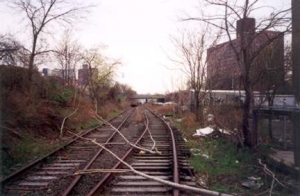 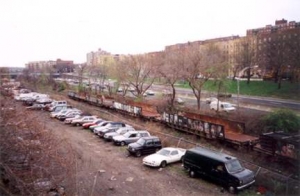 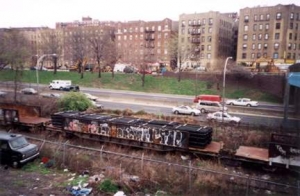 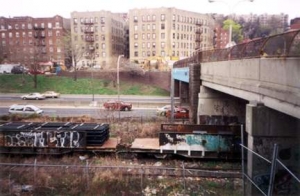 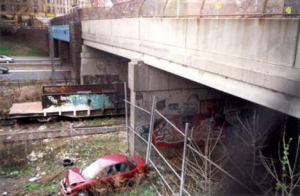 These pictures show the Putnam a few years ago between West 225th Street and Van Cortlandt Park South. The tracks had been used for layup at the time.

There were NY Central stops in the Bronx that sopped at Gunhill Rd.; Fordham; Westchester Ave./Whitlock; Tremont Ave.; Parkchester; Hunt’s Point; and 149th Street. I can still see the vestiges of these stops (in decrepit, falling down condition). Do you have any information about these stops? Gunhill Rd. and Fordham Rd. are still used, but I can’t seem to find any information about the other stops.

[…] to Forgotten NY, the Putnam Line once ran from the Bronx all the way up to Brewster, New York. One of the coolest […]

[…] old Putnam Line used to run between The Bronx and a small upstate town called Brewster. The line went through the […]

I enjoyed looking at the photos especially the ones taken along the Major Deegan.

Are there any photos or sketches of Getty Square Spurs flag stop? I believe it stopped functioning in 1926. I am also trying to find sketches or photos of the Putnam Lines’ Van Cortlandt passenger/ticket station. I believe it was taken down in the 1950’s. I’d be grateful for any guidance.

There are some excellent photos of VCP station, the railway, and the old signal tower (JS) from the 1930s-1940s in Forgotten Railroads Through Westchester County by Robert A Bang et al. In addition, I’ve come across a few older photos elsewhere, a couple of them dated 1902.

A real shame about the condition of Van Cortlandt Station.