In early fall some Forgotten Fans enjoyed a walk through Coney Island in which relics of its former glory and promises, perhaps, of its future regeneration were recorded. Our tour definitely had an offbeat aspect. Here’s some of what we got to see: 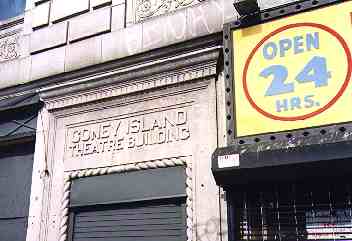 The Coney Island Theater Building was built in 1925 and once housed a Loew’s Theater. 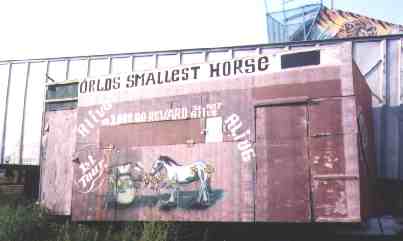 Is this one of the Coney Island Sideshow exhibits? Or just a clever mural? 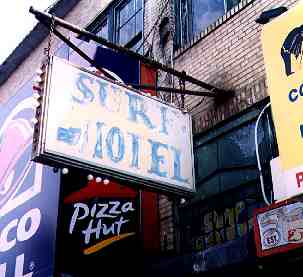 Believe it or not, the Surf Hotel does exist, just off Stillwell on Surf Avenue. 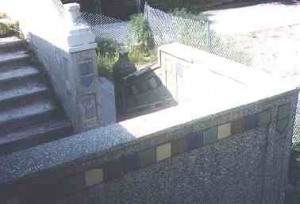 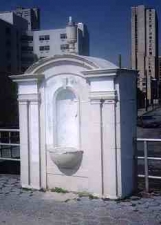 At one time, decades ago, Coney Island had a facelift. At intervals, sidewalks consisting of the octagon-shaped pavement blocks used at parks replaced the boardwalk; entrance ramps to the boardwalk were constructed of concrete and colored tiles; and most notably, drinking fountains and incandescent park lights. All of these, of course, have been allowed to decay. 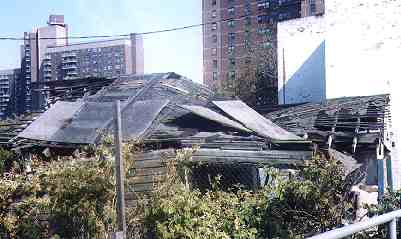 At one time, the streets between Surf Avenue and the boardwalk featured quite a number of summer bungalows (a similar situation to Rockaway Beach). Over the years, of course, the bungalows fell out of use and the streets either became abandoned or had housing projects constructed on them. Above, remnants of two such bungalows. They fronted on a now-abandoned alley called Sea Place. They used to be part of the Lincoln Baths Colony. 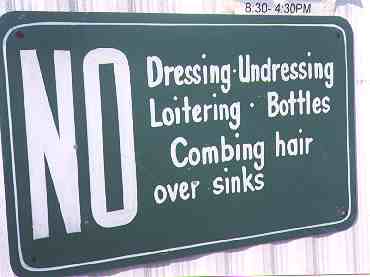 The Coney Island boardwalk features a trailer with bathroom facilities that is really quite clean and well-maintained, but has a rather picturesque sign regarding bathroom etiquette. 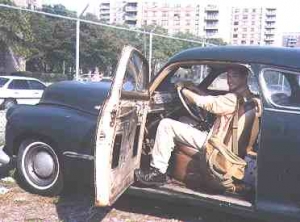 At a lot on Surf Avenue and West 37th Street, a couple of ancient autos are for sale. (They need a lot of rehabilitation). Forgottoners gather at a 1940s Olds and, at right, Frank tries to give it a “jump” start. 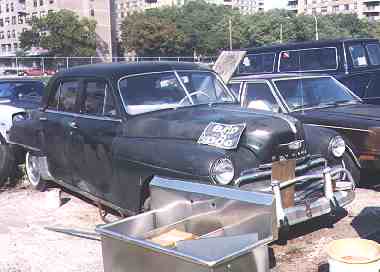 At the back of the same lot we also found a 1940s-era Mercury. When we opened the hood, a cat jumped out.

As a rule, nonresidents at Sea Gate, a private community at the western tip of Coney Island, are persona non grata. On this day, though, a tolerant guard let us enter. What did we see in there? You’d never believe you’re in Coney Island: 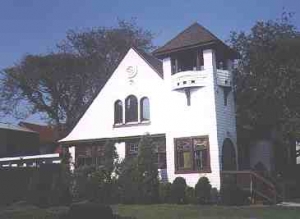 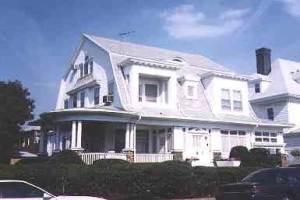 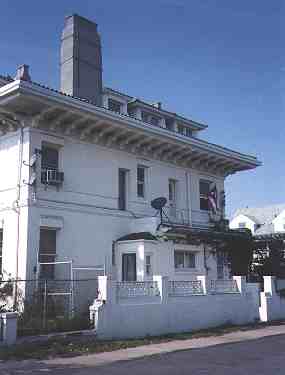 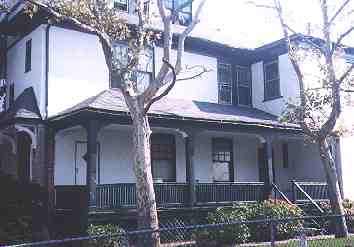 Sea Gate contains a number of beautiful dwellings constructed from the 1920s until the present. Since the guidebooks don’t list much about Sea Gate, I have no idea of the histories of these buildings. Anyone out there know anything? The Coney Island Lighthouse at Nortons Point stands 75 feet tall and its light can be seen for 14 miles. It stands at the western tip of the peninsula.

Frank Schubert, who cares for this lighthouse, is America’s last civilian lighthouse keeper. Forgotten Fans Claudia, Vinny and Alan enjoy a late summer afternoon on the Coney Island boardwalk as the tour winds down. The old Thunderbolt roller coaster can be seen at the extreme left. The tall tower is a ride at Astroland. 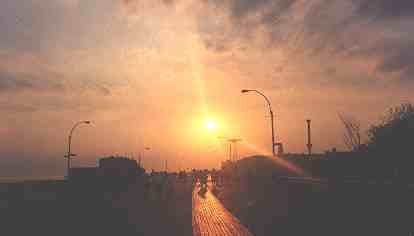 Sunset over the Parachute Jump