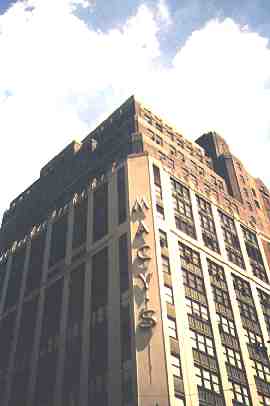 I worked at Macy’s between 2000-2004. I was proud to work as a copywriter at The World’s Biggest Store for four years. One of the added benefits of working there is that we had easy access to the ledge on the 17th floor, which faced 7th Avenue and overlooked some of NYC’s prime-est real estate… 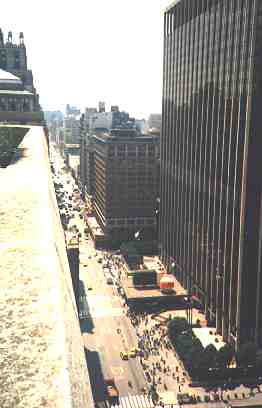 This view shows Seventh Avenue as it stretches south toward Chelsea. The black tower is part of the relatively new  Penn Station complex, completed in 1968. It replaced the classic Penn Station which stood here between 1910 and 1964. 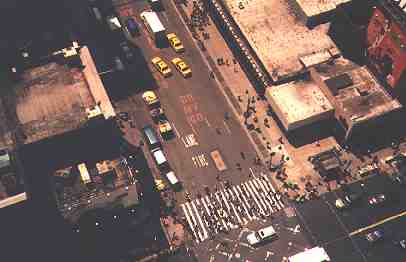 Even though they paint messages on streets backwards, to make it easier for drivers to read them, the GO NY GO slogan reads the same any way you paint it.

In the vicinity of MSG, they’ve painted NY Knicksslogans on Seventh Avenue every year. Never seems to work, though.

Looks like the “Don’t Block The Box” diamonds need to be replaced. 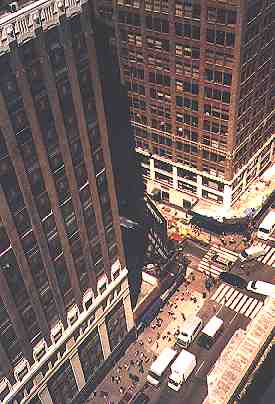 The building on the left with the Art Deco touches is the Nelson Tower, completed in 1931.

From this distance all looks peaceful and quiet, but you’d be completely wrong if you assumed that; this is likely the noisiest, most congested area in New York City. 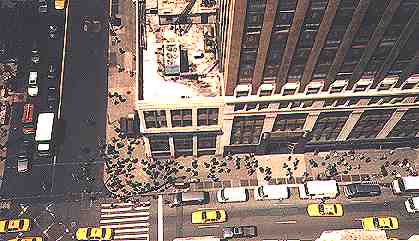 This is the ground floor of the Nelson Tower and the waiting throngs at the corner of 7th and 34th.

You know, while I was out there, this noise kept floating up to me from the street. Sounded kind of like, “Jump…jump…jump…”

Photographer Yann-Arthus Bertrand and author/mapmaker John Tauranac have combined to create a breathtaking book filled with gorgeous photos of NYC skyscrapers seen from the air that put to shame my own halting efforts at photography from the heights:

New York From The Air, Yann-Arthus Bertrand and John Tauranac
BUY this book at Amazon.COM 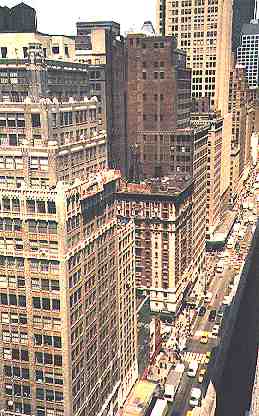 The World’s Largest Store moved to its present location in 1901. The view from here has largely remained unchanged since the mid-1930s at least, since most of these buildings have been in place since then. The streetscape, of course, changes seemingly from week to week. 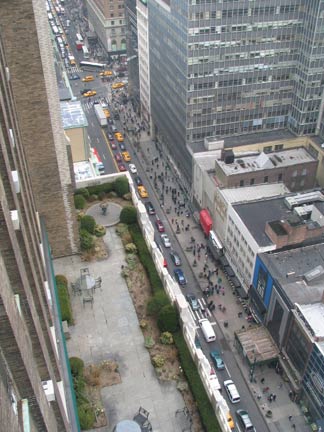 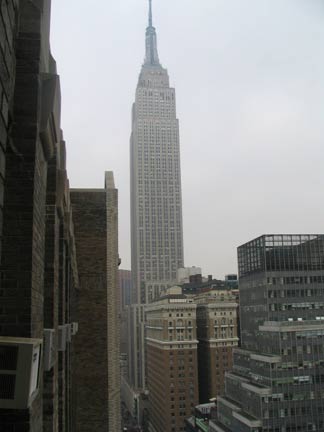 Views of West 34th and the King of All Buildings from 2005, when I was back for a visit.