Down the southeast coast of Staten Island, retreating glaciers not a few millennia ago left a number of small, unobtusive ponds that serve as way stations for migrating shorebirds, as well as havens for perennial birds, reptiles, fish and other wildlife.

While they are recognized by the Parks Department, they don’t turn up on maps, and, quite honestly, neighborhood residents would just as soon you had no knowledge of these wedges of nature at all. But, we’re going to expose them for the whole world to see… 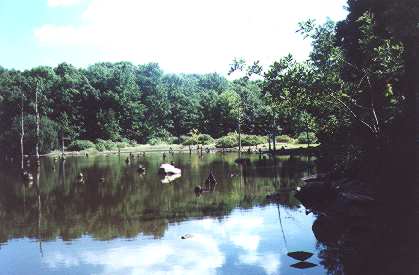 By bus: S54 to Elkhart Street and Giffords Lane

Though Kingfisher Pond is not shown on maps, the last hand-drawn Hagstrom Maps showed interrupted streets where Kingfisher Pond is; however, on new digitized editions, the streets have been restored and the pond’s location is once again camouflaged! 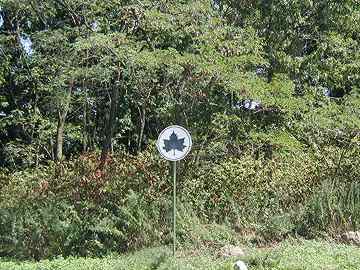 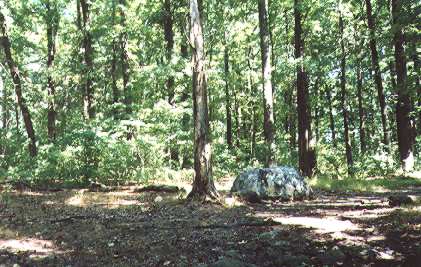 The kingfisher is a bird related to the heron and egret, as well as the Australian kookaburra. It resembles the blue jay and dives for its dinner. The belted kingfisher is the only kingfisher species native to North America.

You’ve already guessed that Kingfisher Pond is a favorite haunt for these bright blue hunters.

Staten Island’s Kingfisher Pond Park is the newest addition to Staten Island’s Bluebelt project. It provides flood protection and water pollution control, as well as a respite from the mind-numbing suburban monotony that’s otherwise in full control in the neighborhood.

But north Eltingville (the neighborhood home to Kingfisher Pond) hasn’t always been a haven for suburban vapidity. Centuries ago, Native Americans and later, Dutch farmers, made this region their home.

Here, what appear to be randomly strewn rocks are, in reality, the remnants of stone walls built by colonial settlers in the 1700s. When built they were neat and upright; ‘good fences make good neighbors’ as the saying goes. Years of frost and heat contraction, soil erosion and, let’s face it, vandalism have left the fences in the condition they’re in today. 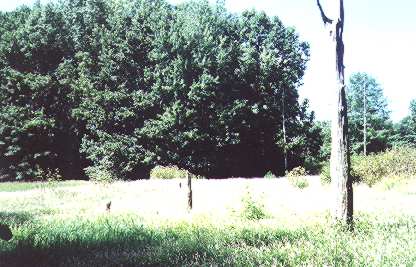 Officially, the Parks Department has constructed trails in Kingfisher Pond, though they’re hard to find especially in summer, and don’t have painted ‘blazes’ on trees and rocks that some other Staten Island trails do. Enter at Greaves and Fairfield, opposite P.S. 32.

Walking straight ahead, you will reach the glacier-borne boulder pictured above. At that point, turn right, crossing the remnants of the stone wall, and straight ahead you will come to a T in the trail; this is a partial trail that goes around the pond.

The path winds around Kingfisher Park’s southern edge, which is marshier than the northern end. 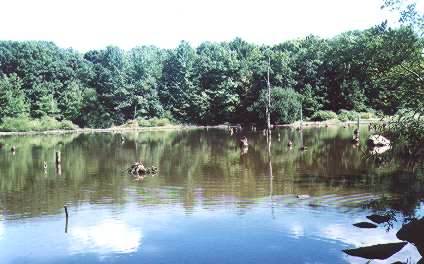 At this point the best thing would be to actually exit the trail and walk on nearby Miles Avenue a couple of blocks north to about Elkhart Street. Go back into the park and hack your way through the thorny underbrush, and you’ll be rewarded with this vista. Turtles bask on the rocks and who knows, you might even see egrets or kingfishers.

Location: roughly, Amboy Road on the north, Oakdale Street on the south, Ramblewood Avenue on the west and Montvale Place on the east, in Great Kills

By bus: S79 to Richmond Avenue and Oakdale Street; walk east on Oakdale 10 blocks to Ramblewood

By car: Hylan Blvd. or Staten Island Expressway to Richmond Avenue; continue north or south to Oakdale Street, continue on to Ramblewood Avenue 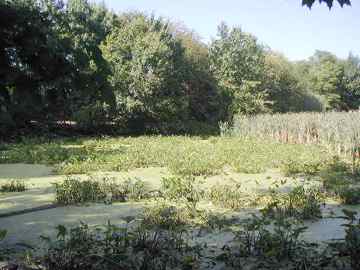 So-called because, in migration season (just about late September into mid-October) this is a major stop on migrating ducks’ path south. Hundreds of them frequent the pond in the fall. 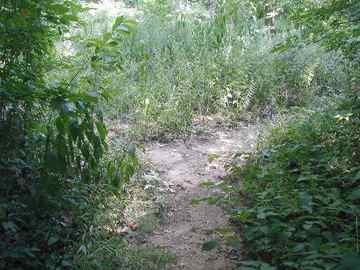 Wood Duck Pond is also home to a short nature trail; a fork in the road is pictured above. This is mere yards from nearby bustling Amboy Road. 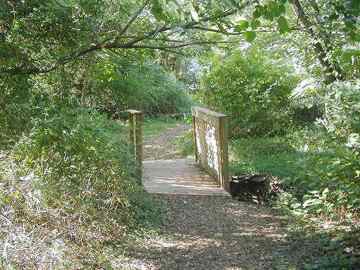 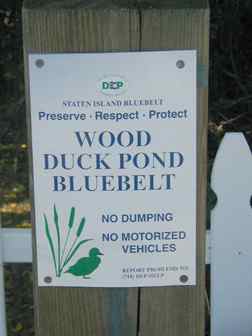 This sign appears on Amboy Road near Holly Avenue. A short wooden bridge leads over a rivulet at that point.

Wood Duck Pond is surrounded on all sides by homes. Not only does it preserve a way station for migrating birds, but it also provides flood protection for local homes, since this area is low-lying and rather marshy.

While the wood duck is not the commonest of North American ducks, it’s one of the most beautiful: fully eight colors can be discerned in the plumage. It has the reputation as a shy bird, so if you want to see them, keep the noise down as you edge up to the pond.

By bus: S53 and S79, exit Clove Road at the Grasmere station 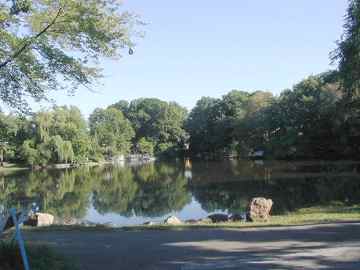 Placid, serene Brady’s Pond is located in one of Staten Island’s more exclusive areas. This view can be found on Lakeview Terrace, which also boasts one of the island’s most eclectic and beautiful varieties of architecture. Worth the trip for each. Beware: a sign on the other side of the lake, at Hylan Boulevard and the SIE, says “Brady’s Pomd Park” but it’s all fenced in and weedy. This is by far the best location to see the lake. 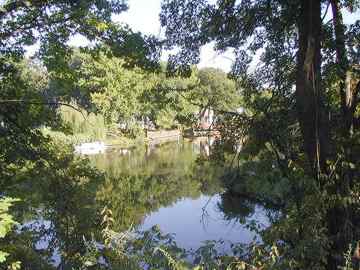 The best views of Cameron Lake are, by far, from the expensive homes that surround it. Unfortutately, there’s no public area surrounding it so the best views are from narrow Windermere Road, which flanks its western edge.

Allison Pond is a small glacial leftover that once provided water to nearby Sailors Snug Harbor. The pond and its surrounding park, once the property of engineer George William Allison, were deeded to the city in 1943. The pond is stocked with fish for recreational angling. 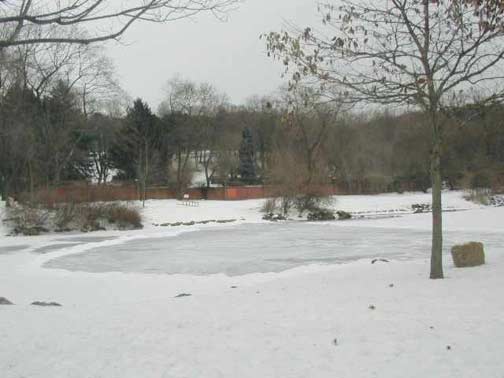 A stream feeds the pond at its northern and southern ends.

THE DEAD POOL. A ship graveyard adjoins an actual one in Rossville, SI

Very informative article thank you.
I am a relic hunter and would love more information on Staten Island. Any leads or tips on older structures in the wooded open areas of staten would be great. Thanks Charlie.

My Dad, Joseph J. Gagliano, used to bring me to Cameron’s Pond each winter when the pond would ice over ( solidly) to ice skate. I loved it! It is one of my fondest memories of my wonderful dad and the things we did together. Does anyone else remember skating on Cameron’s Pond during the winters of the 1960’s? I would love to hear about it!

Joan, was he an accountant? I used to recycle toner cartridges for a John Gagliano. Toner tech, many years ago.