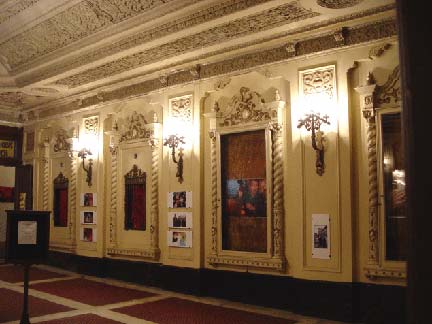 In late 2003 I was sent some beautiful shots of the interior of the St. George Theater near the ferry in Staten Island, by Gregor and Elizabeth Way, who have been active in the preservation of the theater. Built in the late 20s, the St. George takes a back seat to no other magnificent movie palace of its era, including ones in the other four boroughs that have been allowed to deteriorate, some beyond full repair. The St. George awaits its rebirth as a cultural center; perhaps the renovated ferry terminal will spark the flame. 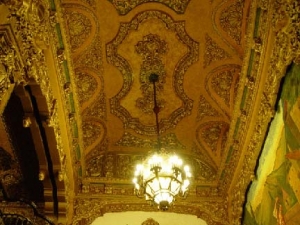 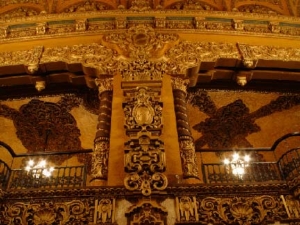 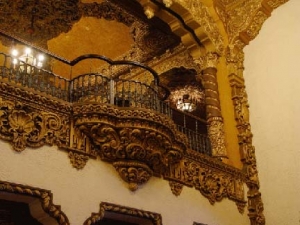 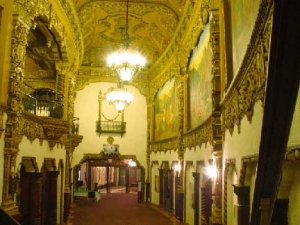 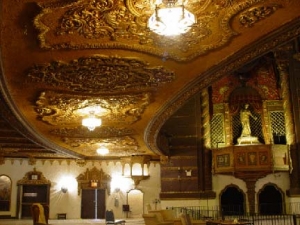 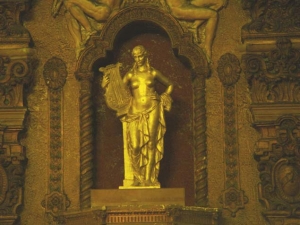 The St. George features depictions of a number of mythological figures (we do mean figures)…one of the Muses, probably Erato or Terpsichore (each of whom is often shown with a lyre), is depicted here. 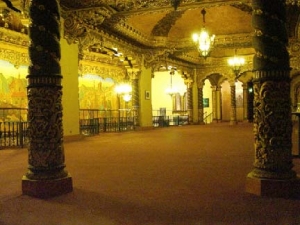 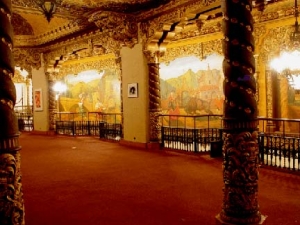 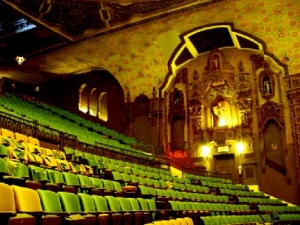 Thanks to the Ways and Forgotten Fan Jean Siegel for their assistance with this page.