Tribeca— a neighborhood that I prefer to call the Lower West Side, which it was before it became a hipster and yuppie playground –has been raised from the dead in the past 30 years, as Independence Plaza and PS 234 have been constructed atop the former Washington Market. Let’s do a very quick assessment of what we have. 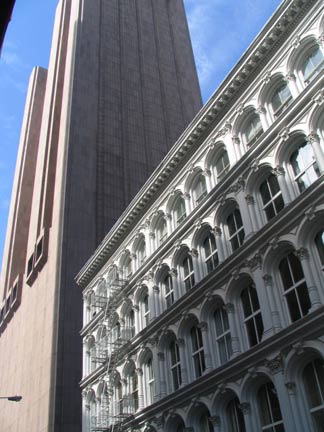 The AT&T Long Lines Building on Church and Thomas Streets (1974) looms over the original home of Metropolitan Life Insurance Company at 319 Broadway (1870). Met Life got its own tower on Madison Avenue and East 23rd Street in 1893. The nearly windowless Long Lines Building was built to survive a nuclear attack. AT&T also has a windowless tower on 10th Avenue and West 53rd Street. Many well-known entities got started in the Lower West Side such as American Express and New York Hospital. 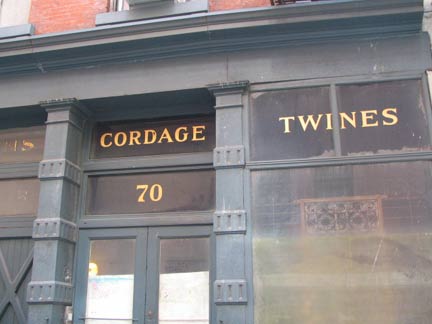 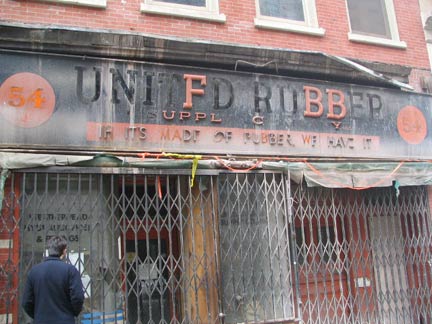 The region’s origins as a wholesale and mercantile area occasionally still poke through, as in the ancient stenciled signs at 70 Thomas (next door to the Odeon, which took over from the Tower Cafeteria in 1980) and 54 Worth. Real estate records show that United Rubber, where if it was made of rubber, they had it, opened here in the early 1940s and that’s probably when this sign went up. 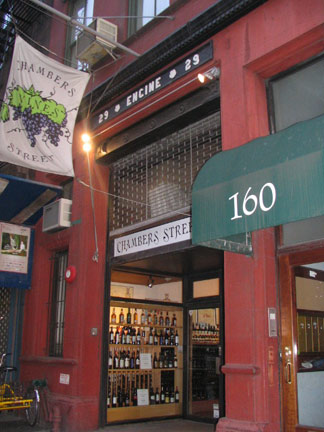 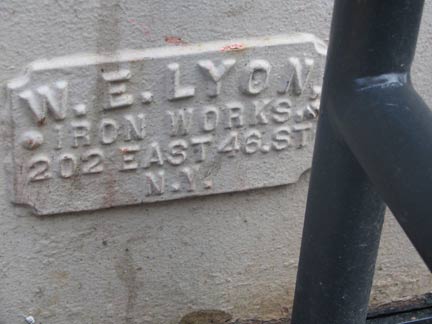 It’s hard to imagine an iron works at 202 East 46th Street these days; the address is between 2nd and 3rd Avenues. 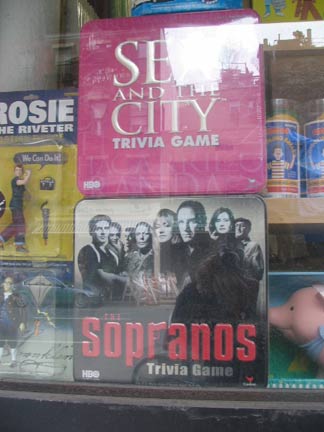 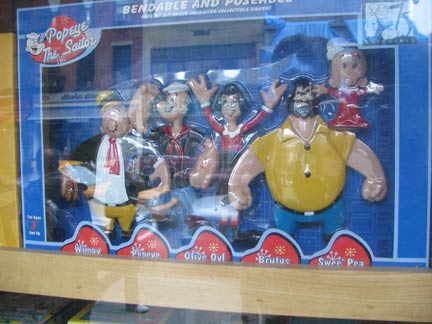 Novelty store on Church Street. Don’t want to know what that George W. toy does. Swee Pea has a huge head. I went to high school with an individual known as Pea Head, because his head was so small. Probably a lawyer now, while your webmaster is a… PS234 was built at Greenwich Street between Chambers and Warren in 1988. (Just across the street was a nice Mexican place where your webmaster would frequent while freelancing in the area, Lizards, that tried to become upscale in the early 2000s, which was a mistake; it soon closed after that.) 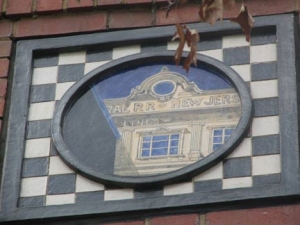 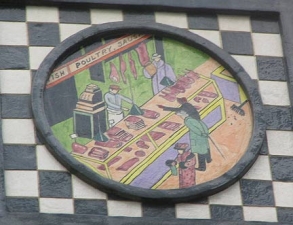 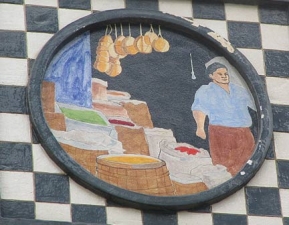 The school is decorated by plaques depicting the area as it was; for example, this plaque depicts the former depot of the Central Railroad of New Jersey, built in 1909 and demolished in the 1960s. Railroad passengers traveled to NYC by ferry. The plaque is based on photos by Berenice Abbott.

Other PS234 plaques show the old Washington Market district, which occupied several blocks in the area from the late 1770s through the 1960s, when the market was condemned to make room for the World Trade Center. The old Washington Market building stood on Washington Street between Fulton and Vesey until 1956. The market sold food from the world over and gave rise to separate districts handling butter, eggs and other commodities.

The old Washington Market district stood barren and empty for much of the 1970s (the Independence Plaza housing project built on some of its old acreage beginning in 1973) and as late as 1980, there will still empty blocks. 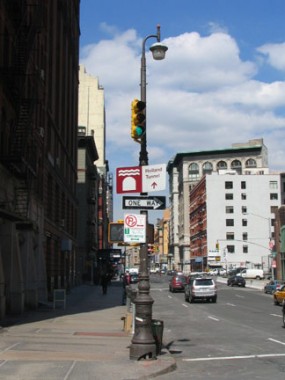 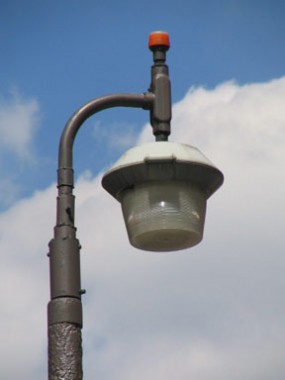 An original bishop crook lamppost, built in the 1910s, stands at Hudson and Duane Streets. This one, though, is unique, since the actual bishop crook rusted away and fell off in the 1990s. The DOT simply made a makeshift arrangement, which can be seen today.

[In 2010, the pole was replaced with a full Bishop Crook] 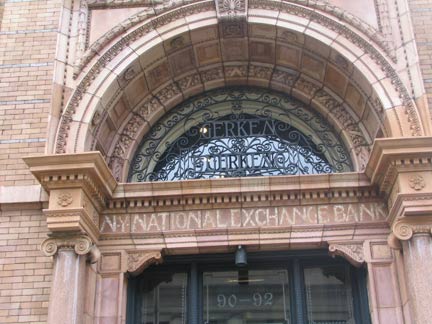 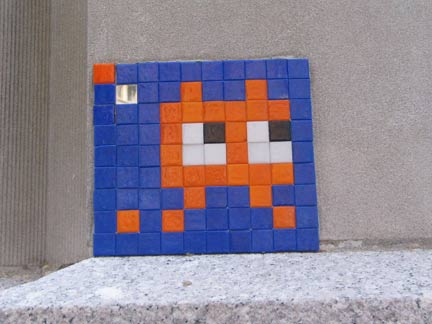 There’s a street artist who has been distributing stenciled Space Invaders all over NYC for a couple of years. In fact, they’re going up all over the world. This one is at Hudson and Chambers. 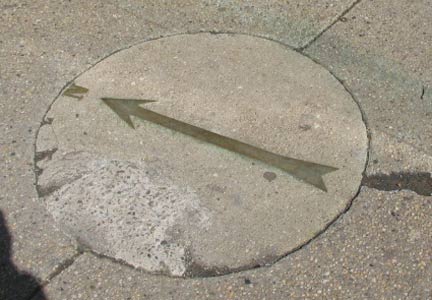 Indicator on Hudson Street showing true north, which is just a little west of the orientation of Manhattan Island. This thing has been embedded in the sidewalk, likely since the late 1800s. Faded DOT sign pointing to the Statue of Liberty Ferry at Battery Park, at Hudson and Chambers. 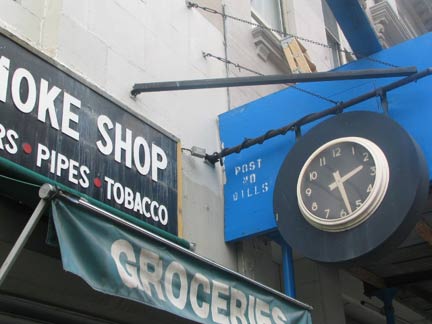 Tobacco shop clock on Vesey across the street from St. Paul’s Chapel. The installation on the pole, now obscured, is by NYC artist/animator Pat Smith.

Thanks to Mike E of satanslaundromat.