37 Forgotten fans turned out on a 65-degree November Sunday for ForgottenTour 23 in Roosevelt Island. Unlike last time at South Street Seaport when we were besieged by detours and transit delays, things got off on time and everyone was treated to fine weather and plenty of historic buildings and ruins… 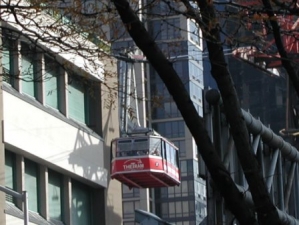 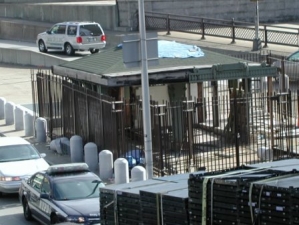 Many Forgotteners had never ridden on the Roosevelt Island Tram, built in 1976 soon after the island’s residential community was begun. photo: Leo Yau

The last remaning trolley kiosk at the Queensboro Bridge appears to be in the midst of dismantling. But fear not, as we’ll see, another one is nearby. photo: Leo Yau 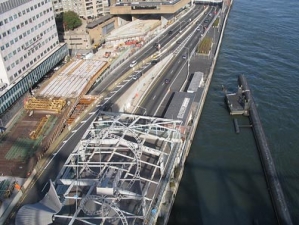 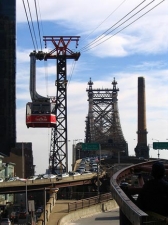 Incoming tram and FDR Drive. What is that structure at the bottom of the picture? photos: Vidiot 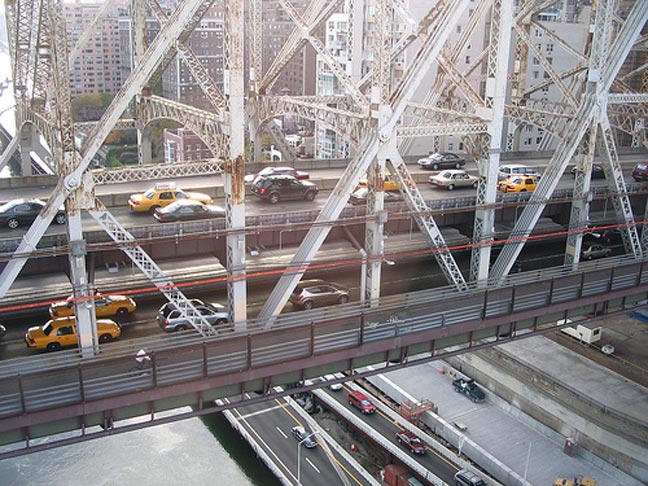 We’re getting across faster than they are. photo: Vidiot 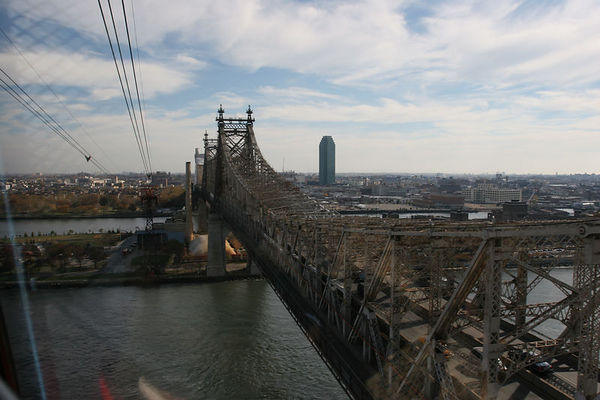 No other ride in the NYC transit system can beat the Roosevelt Island tram for views. The cost, $2 a ride, is the same as the subways and buses, but the ride is only 5 minutes long. Effectively, you’re paying for the view. photo: Steve Garza 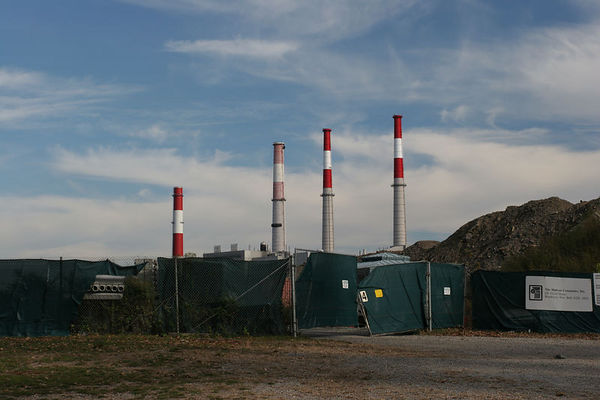 Behind this barrier near the tram terminal on Roosevelt Island you can barely see another Queensboro Bridge trolley entrance. For the past few years, it had been serving as the main entrance at the Brooklyn Children’s Museum; after the museum began a multimillion-dollar restoration, the kiosk was moved here, where it will be part of a landscaped park adjacent to the tram. The smokestacks of Big Allis, the massive power plant, are in the background. photo: Steve Garza 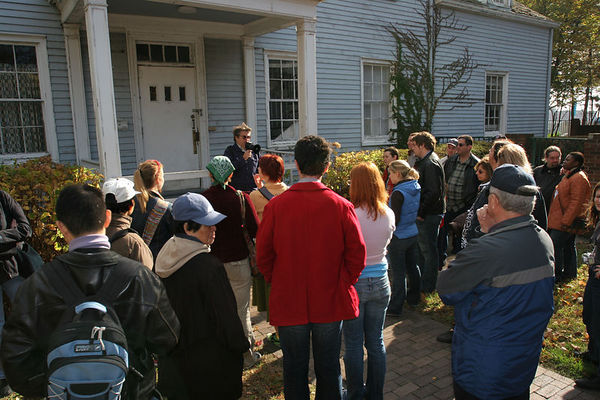 Your webmaster briefly gives the history of Blackwell House, built in 1794 by the first prominent family to reside on the island. photo: Steve Garza 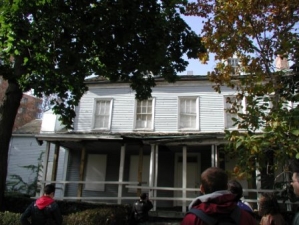 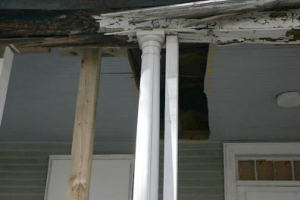 Blackwell House is crumbling and is in need of a lot of repair. photos: Leo Yau (left), Steve Garza 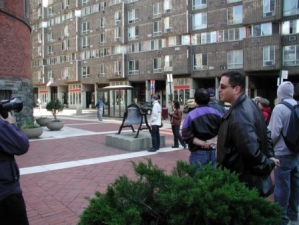 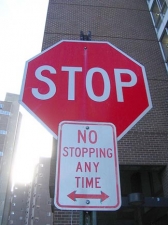 Main Street’s unusual residential buildings, by Philip Johnson and John Burgee. Sidewalks are covered by the buildings, which loom right next to the street. photo: Leo Yau RIGHT: Traffic regulations can be confusing on Roosevelt Island. photo: Vidiot Roosevelt Island was home to almshouses, prisons and sanitariums for most of its modern history. There has never been a bridge, nor has one ever been proposed, between the island and the rest of Manhattan; the only means of entrance was by ferry and via an elevator from the trolley on the Queensboro Bridge until the mid-1950s, when this lift bridge was constructed between then–Welfare Island and Long Island City, Queens. photo: Steve Garza 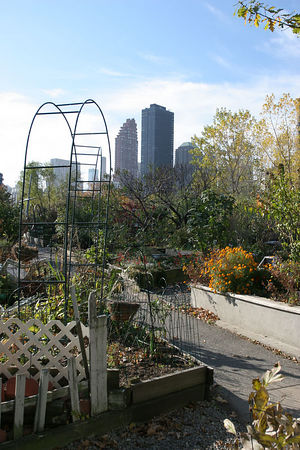 The structure known as “The Octagon” is all that remains of the island’s first insane asylum. Charles Dickens decried its conditions and Nellie Bly feigned mental illness to gain admission and report from within. It is being restored as a pricey condo development, and the Octagon’s 1890s-era dome is being restored. photo: Leo Yau 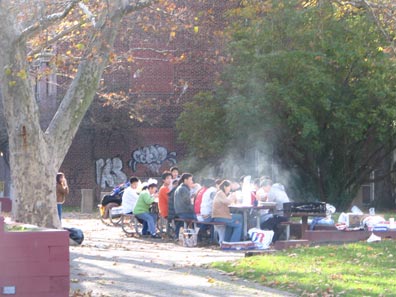 Lighthouse Park, at the island’s northern end, is a popular venue for picnics. photo: Caren Lissner The lighthouse at the island’s northern end was built in 1872 by James Renwick Jr., who also built the Smallpox Hospital near the Island’s southern end.photo: Leo Yau Another ForgottenTour in the books. photo: Caren Lissner