ForgottenTour 25, August 6, 2006, was our very first evening tour and went very well despite your webmaster’s same-day ascension and descension of his building’s steps 4 times to clean his apartment and spending six hours on his feet before, during and after the tour. This was ill-advised, since the following day a painful back ailment set in which made any movement at all a painful endeavor. At this writing, it’s still there. 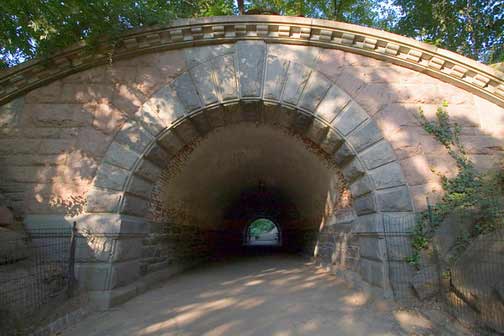 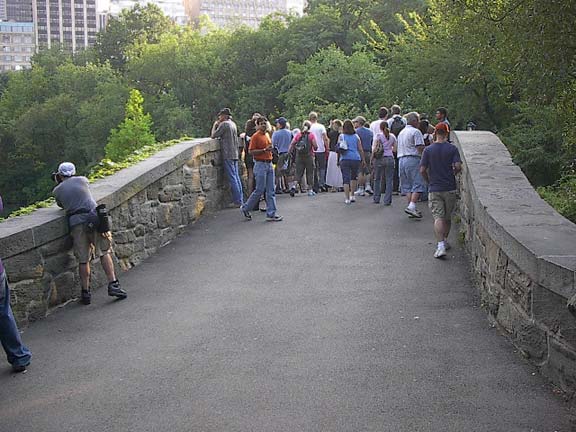 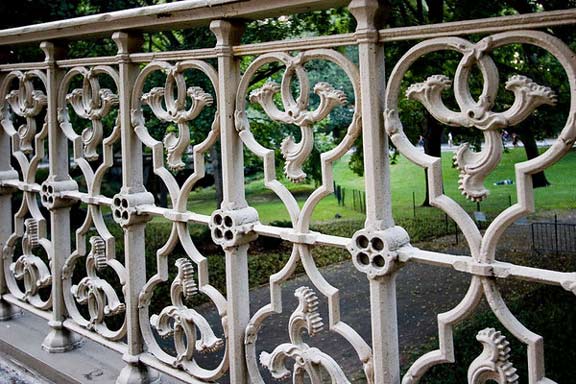 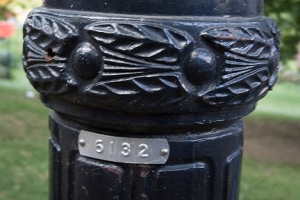 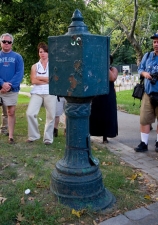 Most park lampposts are marked with signs that let the pedestrian know where in the park he or she might be. On the older Henry Bacon-designed park posts, there’s a small plaque marked with small numbers: the first two or three correspond to the cross street. 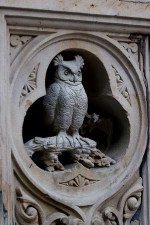 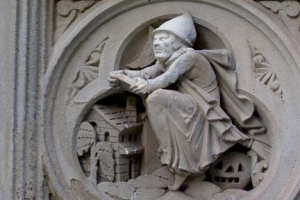 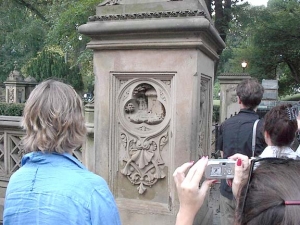 The tour highlight from the fans’ POV was likely the playful, whimsical sculptures found at Terrace Bridge, in front of Bethesda Fountain.

The decorative elements for Bethesda Terrace itself were designed by English-born architect Jacob Wrey Mould. Reasserting the primacy of nature, Mould chose representative wildlife and seasonal design motifs. There are also carvings symbolic of day: a rising sun, a crowing cock. Night is represented by a lamp and book, a bat and owl, and a witch flying over a Jack-O-Lantern. 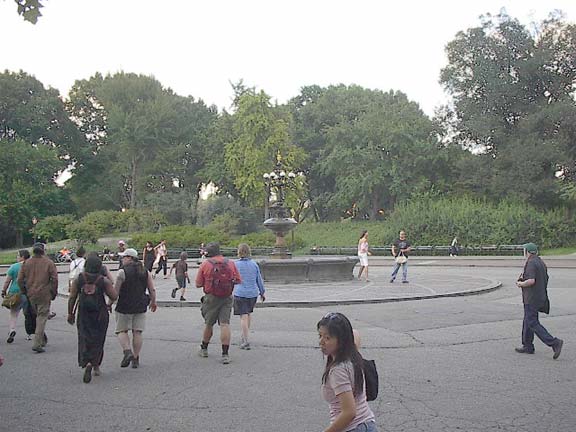 Cherry Hill, and its decorative fountain, are just west of the Terrace and offers views of the Lake, Boathouse and the magnificent buildings along Central Park West. It was built as a carriage turnaround in the days before gasoline-powered vehicles.

Your popmaster was going to make a Billy Joe Royal reference at Cherry Hill, but feared no one would get it. 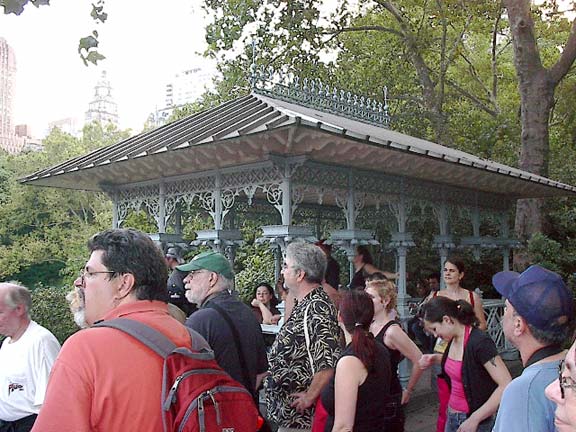 Ladies’ Pavilion was originally located at Columbus Circle and served as a trolley and streetcar waiting kiosk before suffering neglect and rust throughout much of the 20th Century and moved here to Hernshead, on the western side of The Lake in the mid-1910s. It was disassembled and restored to glory in the 1970s.

Hernshead was named hopefully, as park curators hoped herons would frequent the cove, but so far, few have. Other accounts say the peninsula is shaped like a heron. 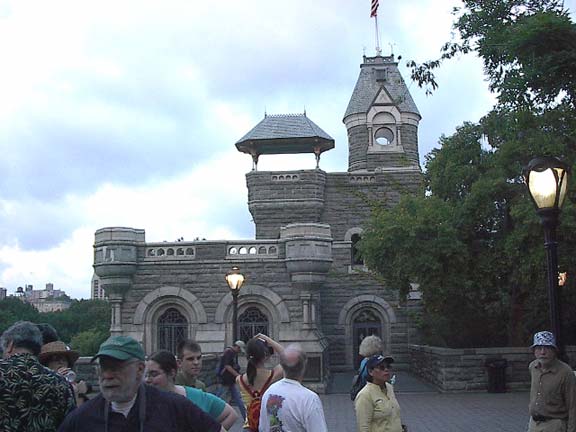 Belvedere Castle was built by Olmsted and Vaux as a ‘fantasy element’ in the park and is built on the park’s highest Manhattan schist outcropping. In this location it overlooks the Delacorte Theatre, the Great Lawn, and Turtle Pond. It is currently home to the Henry Luce Nature Observatory and is the city’s US Weather Bureau information-gathering station. This came into play in 2006 when a February snowfall happened to be much heavier at this location than the rest of the city – giving NYC its so-called greatest single-storm snowfall, 26.9 inches (the rest of town got about a foot and a half) and in August, when the rest of the city sweltered in triple digits for 3 straight days, this observatory registered 95, 97 and 96 degrees in naturally cooler Central Park. 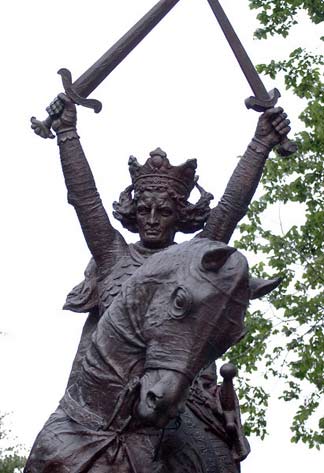 Since King Jagiello, at the eastern end of Turtle Pond, is usually in shadow, it’s hard to get a good picture of him, but Steve Garza has succeeded finally. Wlad Jagiello (1351-1434) unified Lithuania and Poland and was a cultural and educational proponent (he signed off on the creation of the University of Cracow in 1400) at a time when Eastern Europe was on the brink of the Renaissance. This statue, by Stanislaw Kazimierz Ostrowski, was a gift from Poland and originally appeared at the Polish pavilion at the NYC World’s Fair in 1939-40.