A misbegotten, misspent, wasted youth. Your webmaster, after getting out of school, worked nights in the 1980s. I would hit the hay after getting home, but that would leave me a few hours to kill before going to work again. How did I spend it? At the pool hall, of course. Not becoming the next Minnesota Fats. I played Pac-Man.

Pac-Man developed, as so many video games have, in Japan in 1979 and was invented by Toru Iwatani of Namco, a longtime video game development company. “Pakku-man” derives from an onomatopoeic phrase in Japanese, pakku pakku taberu, that describes the sound and movement of a mouth opening and closing in rapid succession and that, of course, is what Pac-Man does while it traverses the board eating pellets and “power pills” that reverse the pursuing ghosts, turning them blue and giving them point totals when caught. In the early 80s Pac-Man conquered the video game world, and largely weaned your webmaster off pinball, which I played in college. Too often.

Move the calendar forward a good 25 years, a near eternity, and your webmaster has finally scraped up enough scratch to purchase an apartment (I would have sooner, if I’d paid attention in school, where too much relaxation resulted in a 2.5 grade point index) in Little Neck. Pac-Man was behind me. Or was it… 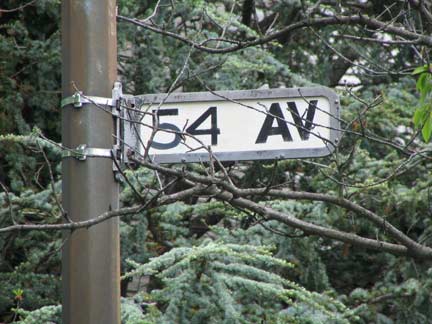 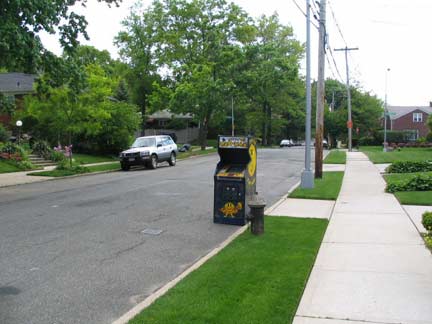 In this part of Little Neck, on 54th Avenue, nobody parks in the street; everyone, of course, has a garage. Well, no one parks their car. 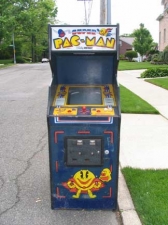 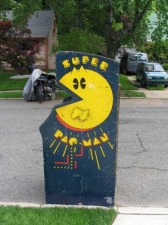 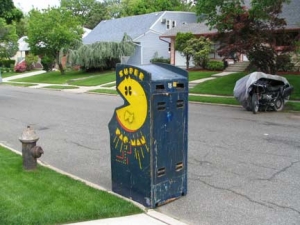 I think the FDNY would say that it’s too close to the hydrant for comfort.

In Pac-Man, as in bowling, basketball, graphic design, copywriting, webmastering, and many other things, your webmaster rose to the level of competence but never transcendence. My average as a bowler was 150. (I usually just heaved the ball down the middle, which, as in baseball pitching, is hardly the road to success.)

It was as though Little Neck, the town itself, had conjured up a vision, just to mock, as I prepared to enter it. 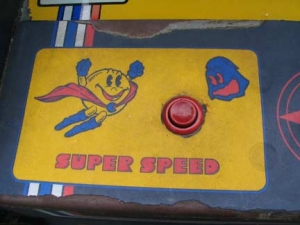 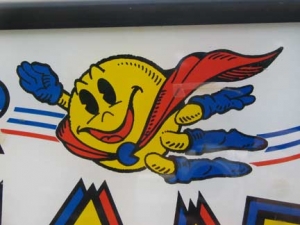 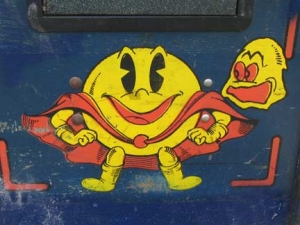 But this is not the Pac-Man of my semi-idyllic, mediocre youth. It’s Super Pac-Man, a game I never played.

Sound and gameplay mechanics were altered radically from the first two entries into the Pac-Man series – instead of eating dots, the player is required to eat keys in order to open doors, which open up sections of the maze that contain what in earlier games were known as “fruits” (foods such as apples and bananas, or other prizes such as Galaxian flagships), which are now the basic items that must be cleared. Once all the food is eaten, the player advances to the next level, in which the food is worth more points. In earlier levels, keys unlock nearby doors, while as the player progresses through the levels, it is more common for keys to open faraway doors.

In addition to the original “POWER” pellet which allows Pac-Man to eat the ghosts, an additional “SUPER” pellet was introduced which turns Pac-Man into Super Pac-Man – in this form, he is twice as large, moves much faster and has the ability to eat his way through barriers without unlocking them. In this state, he is invulnerable to the ghosts, though he still cannot eat them without the help of the original power-up. This game also adds a “speed” button, which allows Super Pac-Man to move faster (only if he is in “SUPER” mode). wikipedia

Just as well that I did not graduate to Super Pac-Man. The complexity of these new rules are fairly brain-numbing to your webmaster. The best games are simple ones. Modern online gaming, like modern webmastering, is too involved a concept to truly make an impact on the now-rapidly aging engrams.

So what’s the deal here on this Little Neck block with Super Pac-Man literally kicked to the curb? 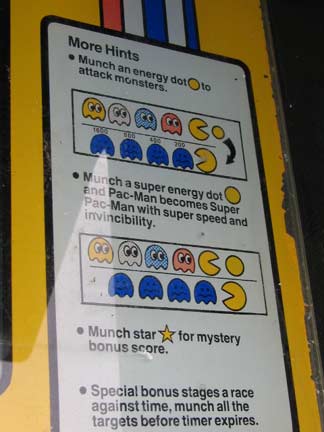 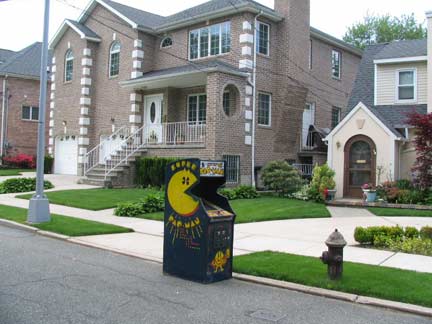 The answer is simple. This must be the site of an especially contentious divorce. Everything that reminded the ex-Mrs. of the divorcé was summarily expunged. While the comic-book collection has already been picked up by New York’s Strongest, Super Pac-Man awaits transport by the scrap metal salvagers.

And people wonder why your webmaster never got married.

Like I said, I left Pac-Man behind long ago.