The fraternal organization Order of the Knights of Pythiaswas instituted in 1864 by Justus H. Rathbone and was actually the first such organization to be granted a charter by the US Congress. The name was inspired by the story of Damon and Pythias, an old story of loyalty: in ancient Syracuse, Pythias was accused of plotting against a tyrant, Dionysus I, and sentenced to death. Wishing to return home to settle affairs, Pythias entreatied the tyrant to allow him to do this, but, of course, believing Pythias would not return, Dionysus refused. Damon offered to take his place, and Dionysus relented on the provision that if Pythias did not return by the day agreed upon, Damon would be killed instead.

On execution day, Pythias arrived at the nick of time, explaining that pirates had captured his ship, he jumped into the sea and swam and ran to Syracuse to make his appointment. Dionysus, so impressed by the pair’s show of loyalty, spared both.

The Knights of Pythias claims over 50,000 members worldwide; Presidents McKinley, Harding and FDR have been members; NY Senior Senator Charles Schumer and US Reps. Anthony Weiner and Peter King are also Knights of Pythias. 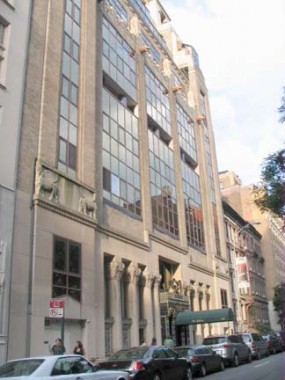 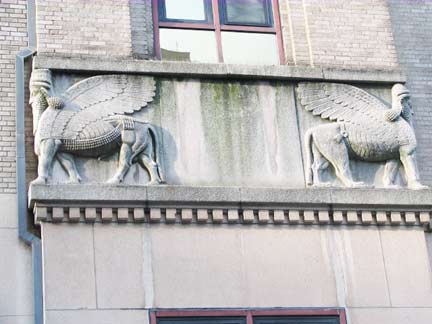 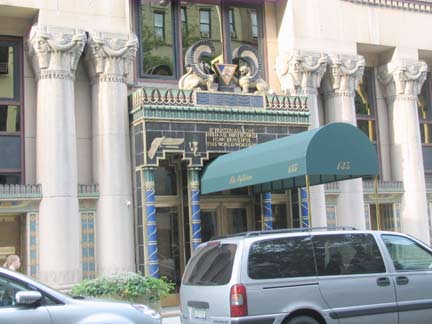 The Pythian Temple, opened in 1928 at 135 West 70th Street, is one of the masterworks of architect Charles Lamb. Dedication ceremonies were broadcast on radio on January 25th of that year.

Lamb, usually associated with movie palaces, designed the Temple with the brio and pizzazz he usually used for his theatres. The ornamentation borrows from religious motifs of ancient Egypt, Babylon, Assyria and Sumeria. 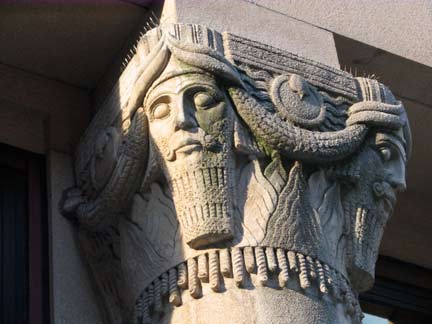 On the 2nd floor interior was constructed a 1600-seat columnless auditorium. Meetingrooms and lodge rooms on the upper floors were also appointed with motifs similar to the ones found outside. When originally built, the Pythian Temple was largely without windows, mainly to accommodate the secretive organization.

The story goes that the Temple, where Decca Records ran a recording studio, was the place where Bill Haley and His Comets recorded the 1954 smash “Rock Around the Clock.” 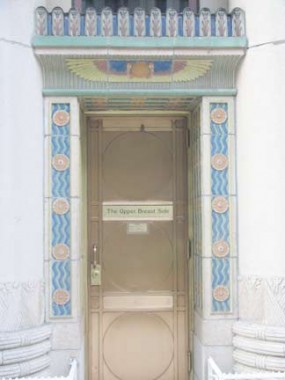 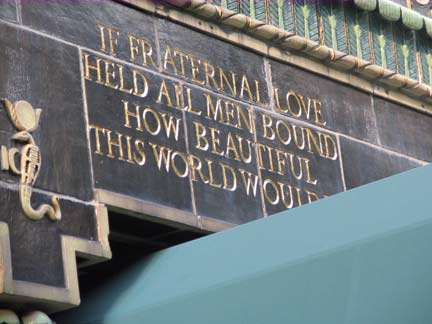 The inscription over the front entrance is the motto of the founder of the Pythians, Justus H. Rathbone. The inscription is now partly hidden behind a canopy. 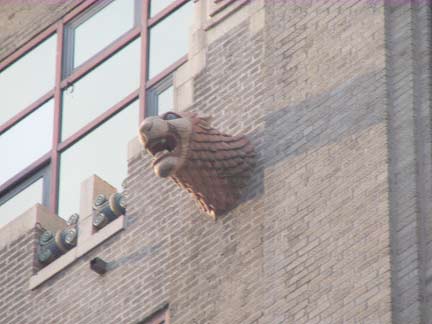 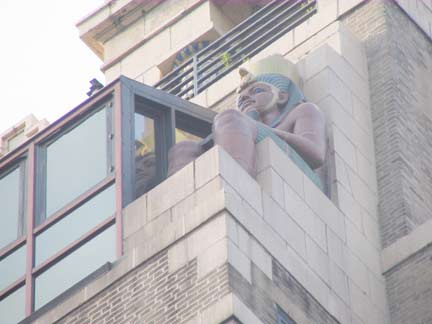 The AIA Guide to New York colorfully calls the Temple an “opium-smoker’s dream.” Some of the building’s details are best seen from the building across the street — if you know anyone there.

The New York Times’ Christopher Gray made the temple the subject of a Streetscapes column in June 2009. 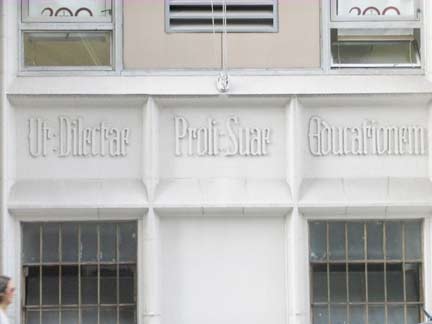 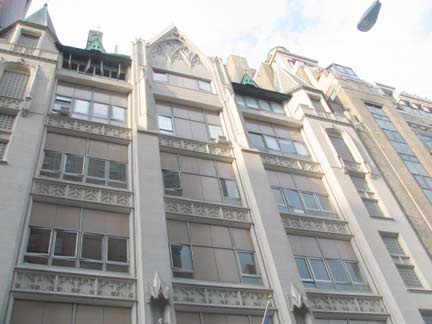 Blessed Sacrament School, a Catholic institution next door at 147, features a Latin inscription I’m sorry to say I cannot translate.

“We urge Catholic parents to arrange for the Christian, Catholic education of their beloved children.” Thanks, ForgottenFan John Schorn… 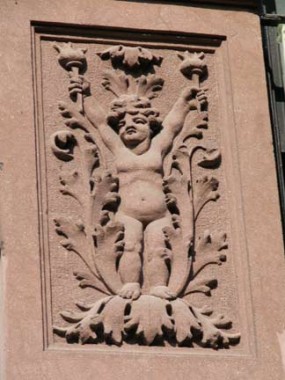 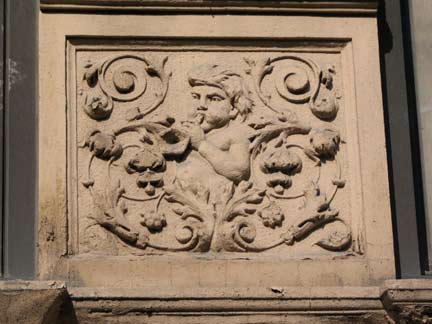 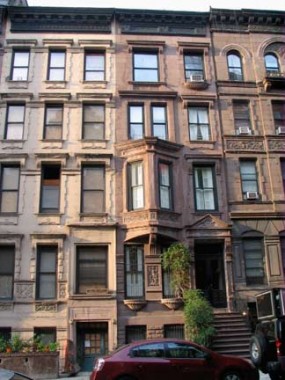 Meanwhile, representatives of yet another system of belief can be found on the brownstone buildings east of the Temple, which are festooned with deities representing the Green Man, a personification of foliage in ancient Celtic lands. At times the Green Man can appear as a cherub that seems to be a part of the foliage.

Hello …. I am trying to find out if there are any building still standing that were associated with AJoe’s Diner (#11 Atlantic Avenue) and Kelly’s (#13 Atlantic Avenue). The building at far right is on the northeast corner of Furman Street and Atlantic Avenue.

Legend has it…Pythian Temple Recording Studio October, 1958, Buddy Holly recorded “True Love Ways” in one take. He was
backed by the NY Philharmonic. He also recorded “Raining in My Heart” here.