Hidden deep in Staten Island’s Rosebank neighborhood is the Our Lady of Mount Carmel Grotto, a 30-foot high shrine made of concrete spangled with smooth round stones, glass marbles, shells, plastic flowers. Some of the shrine is decorated with religious icons of saints, some behind glass, some not.

You arrive at the shrine by walking down a hidden, dead-end street called Amity until you find a large yard flanked by a chain-link fence and a brick-laid pathway along which are scattered smaller shrines to the Virgin Mary and Saint Anthony. 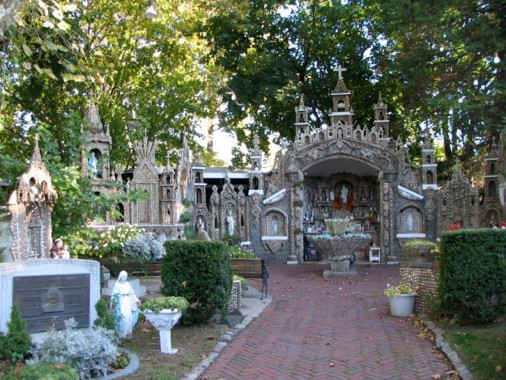 The shrine is a remarkable tribute to faith built by the Society Of Our Lady of Mount Carmel, completed in 1938; the society maintains it today. Founded in 1903, it is one of a number of mutual aid societies formed by Italian immigrants in the early 20th Century, offering benefits and organizing religious feasts and ceremonies. 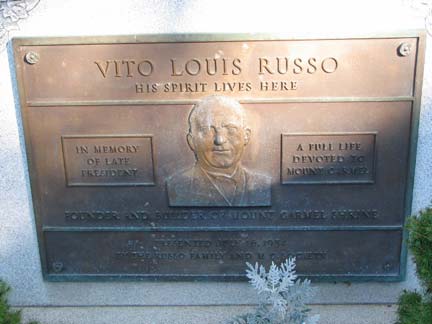 Along the pathway to the shrine is a memorial to Vito Louis Russo (1885-1954). Russo was one of the founders and second president of the Our Lady of Carmel Society, as well as its second president. Under his tenure the Socirty purchased the land where the shrine sits and the adjoining meeting house was constructed. It was the death of Russo’s youngest son, 5-year-old Vito Jr., that inspired the shrine’s construction.

The shrine was constructed according to a smaller model Russo built consisting of aluminum foil, cardboard, and decorative items. 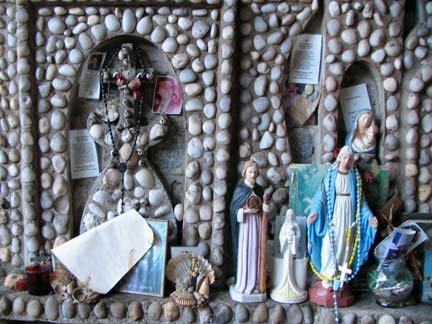 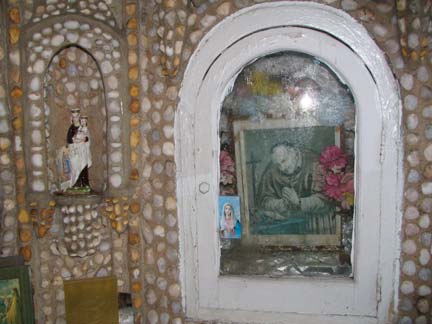 The stones were originally pressed by hand into wet cement. Later, handmade molds were produced that made the construction faster and allowed the original central shrine to be expanded into the massive one that exists today. 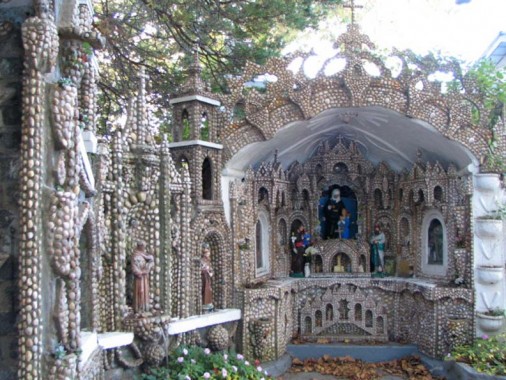 Grottoes are a frequent trope in Christian worship. Jesus arose from the dead on the 3rd day after His crucifixion from a cavernous tomb; He was born in a small, cool, hidden place, a manger in a stables. The Virgin Mary has appeared often, according to religious tradition, in grottoes, bright caves near the surface yet not so deep as to be pitch dark. 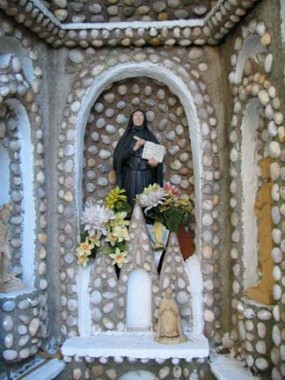 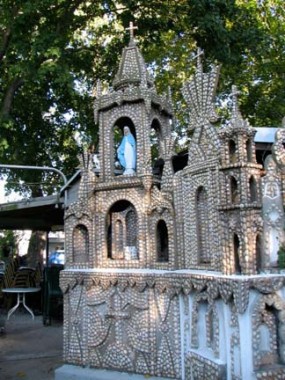 In 2000 the shrine was designated a “national and state historic site” and a “traditional cultural property.” That does not guarantee its ultimate survival, however; only landmarking would go a long way toward that.

Every summer, the Society holds a gala festival on the two weekends before and after the feast day of Our Lady of Mount Carmel on July 16th. The quiet, hushed shrine and its surrounding grounds come alive with crowds, games, food and bands playing traditional Italian as well as pop music. A procession winds through the streets.

The shrine can be reached by car via Bay Street or Tompkins Avenue to St. Mary’s Avenue, right to White Plains Avenue. Park the car and walk one block to Amity; the shrine is on your left at the end of the block. Buses S78 and S52, which can be boarded at the ferry terminal, will get you to Tompkins and St. Mary’s Avenues.

View all of FNY’s Our Lady of Mt. Carmel Shrine photos on Flickr.

I would love to visit this shrine. I often pass thru Staten Island. To my surprise. I found a bulletin, dated June 20,2010, which is my birthday, of course not the year. I don’t even know HOW it got there. OK MOTHER MARY, I will heed your call to VISIT YOUR SHRINE. I really enjoyed this one. I believe it’s one of YOUR BEST. Thank you MOTHER MARY.