The word came this week over at Jeremiah’s that the grand old M. Gordon Novelty facade, on 929-933 Broadway just south of East 22nd, had now been covered up in plywood; either its façade is being dramatically altered, or the whole shebang is going down. A drastic alteration was to be expected; pictures from the summer showed that the locale had been purchased by Thor Equities, the folks who are merrily dismantling Astroland as I write [2008]. Though M. Gordon, a magic supplies/costumer/toy distributor, had moved out in 2002, its ancient window signage hadn’t changed since 1935, when it moved in; only the tiled lettering was “new” and from the looks of things, that had been installed in the swingin’ Sixties, when the world turned color. 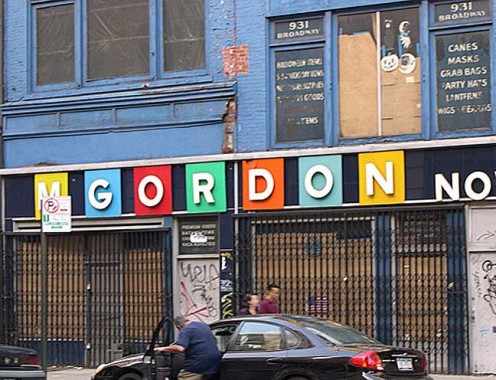 According to the Indispensable Walter Grutchfield, Jacob Gordon, a Russian immigrant, founded Gordon Novelty about 1928 and it had existed at two other addresses before settling here on Broadway just south of Madison Square in 1934, and I’d have to think those window signs go back almost that far. Jacob’s grandson, Mark Gordon, changed the name to M. Gordon. Supposedly, the place has moved, since 2002, to 52 West 29th Street, but I haven’t actually checked that out. photo: Frank Lynch from the M Gordon Flickr page. 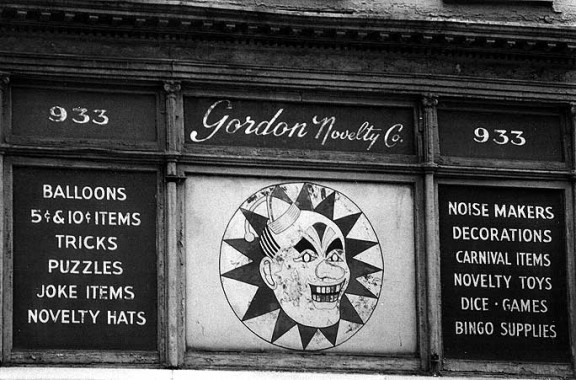 That is one scary clown. A Killer Klown, perhaps. photo: W. Grutchfield, from 1988 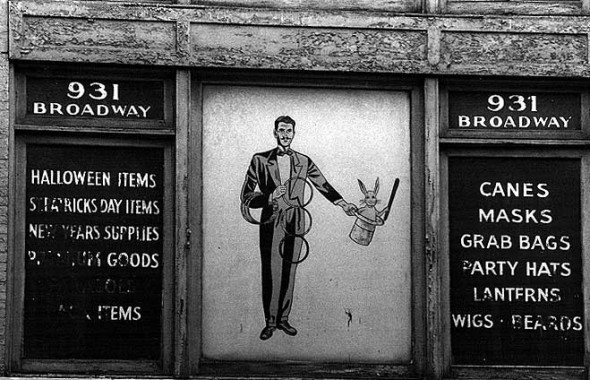 It used to be a rule that stage magicians had pencil mustaches. Mandrake had one. Zatara had one. Oddly, when Vincent Price was the Mad Magicianhe didn’t have his trademark pencil mustache. photo: W. Grutchfield, from 1988 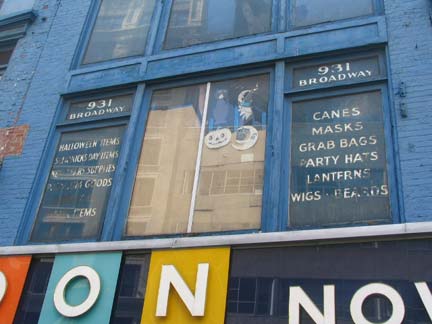 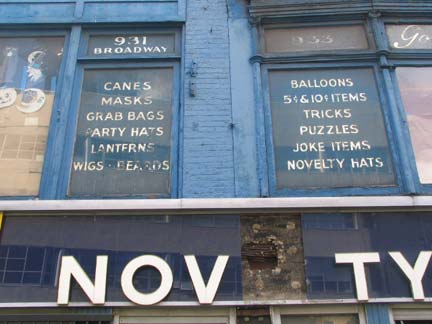 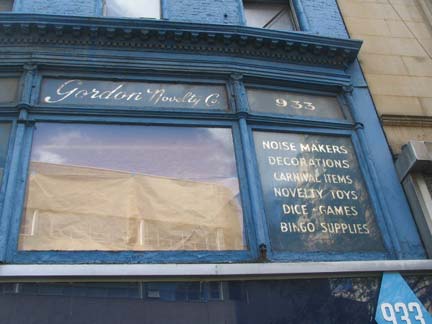 Gordon Novelty . . . still the best! You can call them for almost anything! They will have it! I have been buying from them for more than thirty years. There’s none better. Pirate’s eye patch? Got it. Rubber chicken? Got it. And so on . . . and on . . . and on. FIVE STARS out of FIVE !!!

I recall my first visit to Gordon Novelty in the late 80s and because as a kid I had always sought out and patronized such stores, I was delighted but not amazed. The man behind the counter was on the phone ordering merchandise for the store. Before he helped me with my order (buying props for a sketch show) I heard him tell the guy on the other end he needed more shit sandwiches and a case of fart spray! For real! Ahh, dem were da days!

My mother Ruth worked at Gordon Novelty. As a child I got to know Jack, Ruth Gordon, and later Robert. What a great place that was! So many neat masks, costumes, and novelties!

I went in there in the early 90’s, there was guy sitting on a stool and he wouldn’t let me in, he said they only rented costumes!