END OF A CLASSIC STOPLIGHT

I was in Forest Hills/Rego Park the other day (January 2009), 108th Street and 69th Road to be precise, when I vaguely remembered I had found a classic flute-bottomed, olive-colored stoplight about a block away, on 110th Street, in June 2005. Of course, I wanted to go over and say hello to my old friend. Instead, I presided over a wake. Since beginning Forgotten NY in mid-1998 I have found several of these classic stoplights in situ on NYC streets, and one by one, each has succumbed to the relentless march of conformity the Department of Transportation imposes. In this case, it looks like the DOT determined that traffic sufficiently waranted the large, guy wired stoplights that guard busier corners, and the decision was made to take out one of the last Olives in the city… 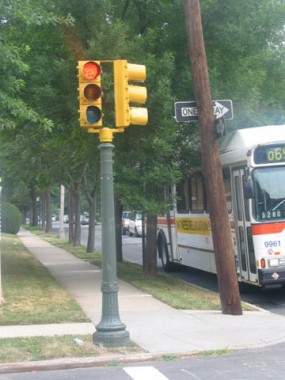 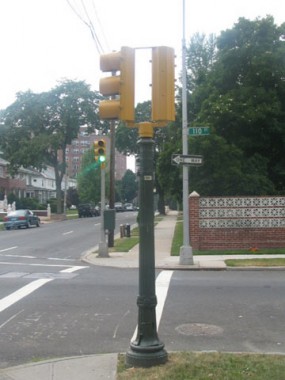 In June 2005 the Olive guarded the SW corner of 69th Road and 110th Street. Note the Queens Surface Transit bus still carried red/orange raiment at this time; soon after the line was purchased by the MTA, which slapped its traditional blue color on the buses. One thing the MTA has never done, however, is supply bus schedules at the bus stops of former Queens Surface Transit lines. Note the more streamlined cylindrical post on the far corner; these posts succeeded the Olives in the 1960s and 1970s, originally with a fluted, tapered base, and now with a boxy one. 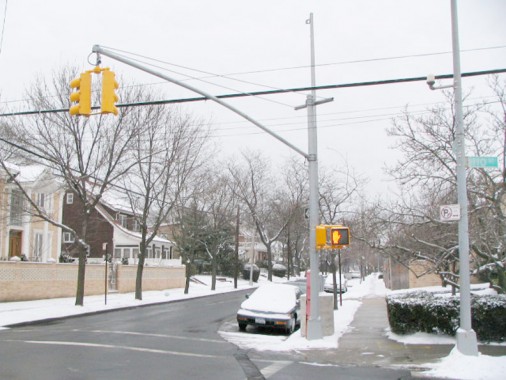 New guy in town. I knew the jig was up when walking down the block, spying a pair of large guy-wired stoplights that stretch out over the street. My stoplight was doomed. 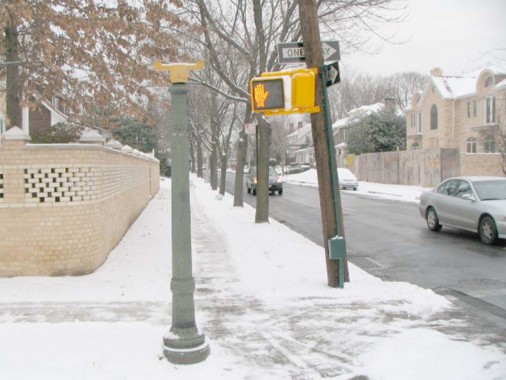 It appears that I have arrived just in time to snap the remains of the post before the DOT dooms it to the same stoplight limbo that the 5th Avenue towers and Mercury stoplights, as well as WALK/DONT WALK signs presently occupy, as well as the legions of old Olives, thousands of them, that used to regulate traffic catercorner from each other, on hundreds of NYC streets. 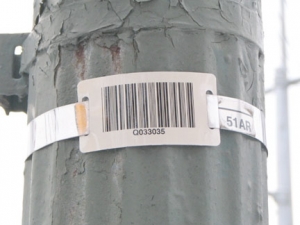 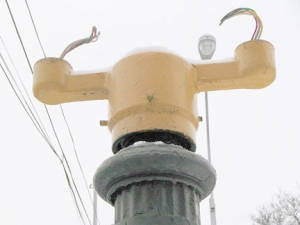 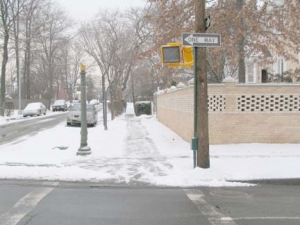 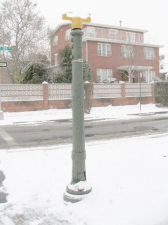 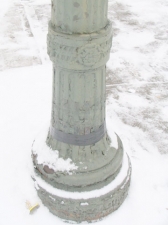 It was time to visit an old friend one last time. Actually this was only the second time I have seen it. But when I meet a classic lamppost, it’s friends forever. 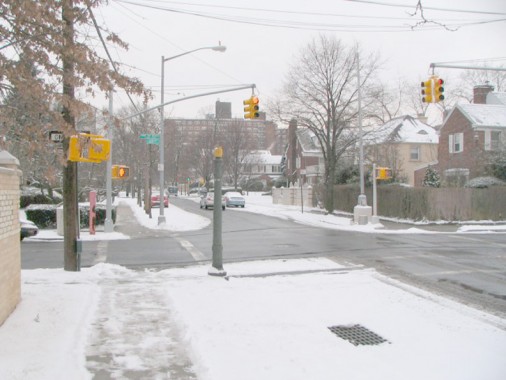 See you in the funny papers….

There are a few classic Olives remaining in Central Park, but unless I find others hanging in around town, this one was pretty much the last Mohican as far as street Olives are concerned. Sick transit, Gloria.

[…] way. During his many journeys, he has found the few remaining red-brick paved roads and some rare two-light stoplights that flash only red and green, explored New York neighborhood institutions like Red Hook’s Sunny’s Bar and Narrows […]

According to Google Map, as of 2013, the U.M. pole still remains in existence at the corner.