I haven’t dealt much with 9/11/01 on Forgotten NY. The reasons for this are many. Whatever a lone weblog developer scribbling away in Little Neck says will ultimately mean little. I made a pledge to not even give the hint of exploiting the attack to sell books or T-shirts or get google ad clicks; and the anger that I felt that day has never left: I emphasize anger, not sorrow: the perpetrator of this act should have been eliminated or brought to justice within days or weeks of the heinous act; and it took nearly 10 years to eliminate him.

Stalking through Arrochar on a winter Saturday I found a moving tribute to the 170 Staten Islanders murdered on 9/11/01. I’ll pretty much let the pictures tell the story on this page. 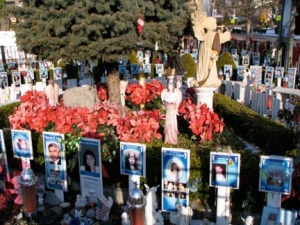 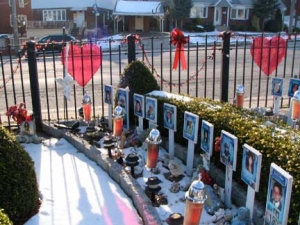 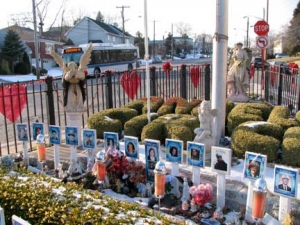 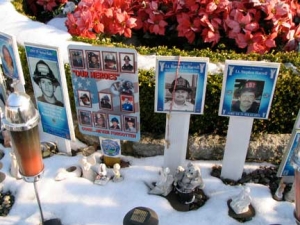 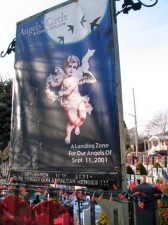 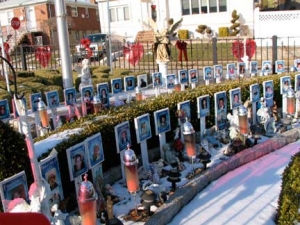 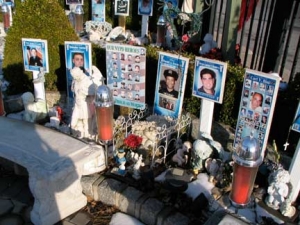 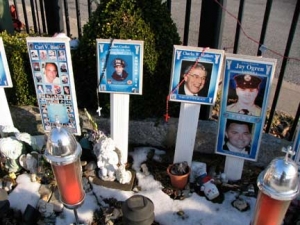 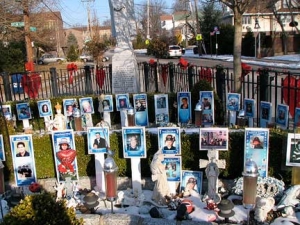 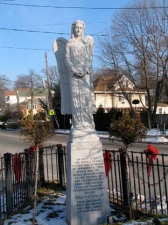 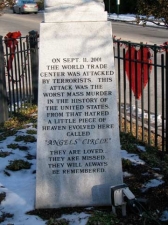 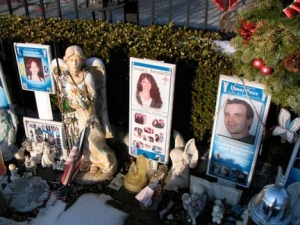 Click on any image in the above Gallery for a larger version.

Angels Circle is located at the triangle fortmed by the intersection of Hylan Boulevard and Fingerboard Road in Arrochar, in the shadow of the Verrazano-Narrows Bridge.

What was once a dirt traffic median is now a memorial sight blessed by the Vatican as a sanctuary for hundreds of families and friends of those killed. The Circle began in the days following the attacks when Wendy Pellegrino, a local Staten Island resident, placed a candles and American flags in the traffic circle. Other families and Staten Islanders followed. Angels Circle now is home to photographs and other memorabilia placed by the families inside a serene landscape of flowers and an artificial waterfall and draws visitors from throughout the region.

More detailed information, and some close-up photos of the deceased, can be found on this page.