Comes the word this week (May 4, 2009) that one more butcher is leaving the Meatpacking District… as the NY Post ran it, according to Pat LaFrieda, “A lot of people would like to see us out of here. We don’t fit no more.” Most of the butchers have moved to more welcoming territory in New Jersey and upstate NY. There were once over 250 wholesale butcher shops in the area; by 2003, there were just 13, and by the time FNY surveyed the Pack in 2006, even more of those had closed.

“You don’t want anything to change,” a ForgottenFriend jokingly accused your webmaster last week. Not entirely true — I favored and applauded the comeback of mid-Bronx after the ravages of the 1970s, and vast Brooklyn districts are once again enterable. I do, however, dislike the evacuation of working businesses and the ongong Eloization of the places where that’s happened.

You remember the Eloi from H.G. Wells’ The Time Machine — the bland, passive race Wells’ time traveler found in the 803rd Century. They never had to make a living; they sat around all day eating fruit. Their living was provided by the underground Morlocks, who fattened them for slaughter. There are no Morlocks yet, but the lounging, leisure class seems to be ever more pushing out the workers, as people who get the dirty work done are no longer afforded or tolerated, and this the fish gutters of Fulton Market have been shuttled to Hunts Point, the meat cutters of the West Side are similarly expelled, and the car choppers of Willets Point are forced out to who knows where, they are being replaced by trust finders and 24-hour party people. 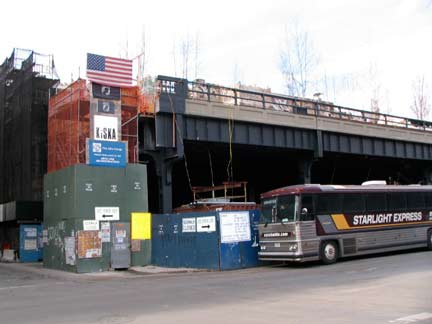 The High Line, the ultra-glitzy urban trail, is due to open in the summer of 2009, but the scene at Washington and Gansevoort Streets reveals that it doesn’t look remotely close to attaining that target date. This was the former locale of Maggio Beef. 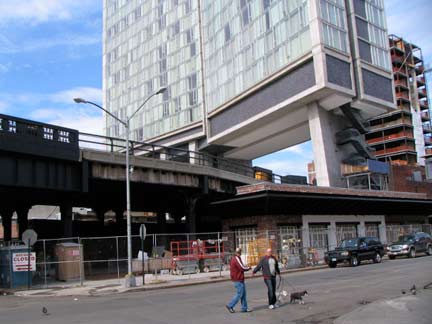 The new Standard New York, the latest in a chain by hotelier Andre Balazs, straddles the rebuilding High Line along Washington Street between Little West 12th and West 13th Streets. It was expected to open in late 2008 but is a little behind schedule. 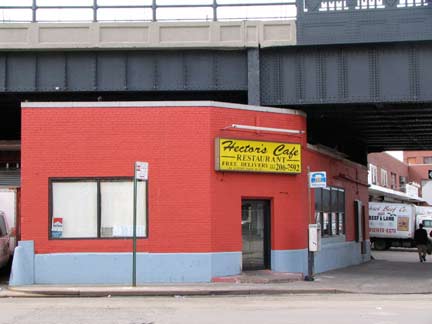 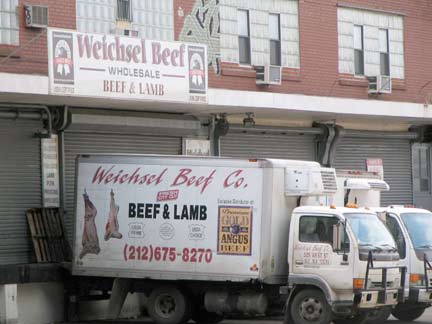 Weichsel Beef was still among the few active butchers in February 2009. 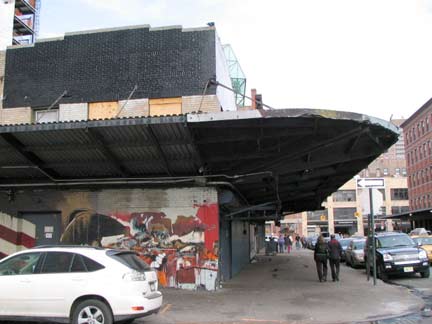 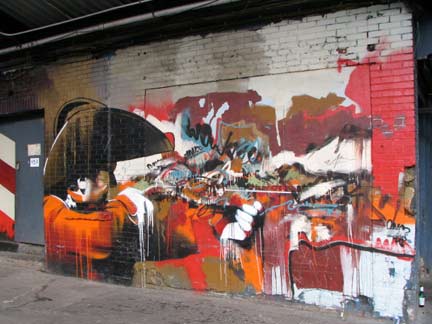 Washington and 13th: Wild West mural, across from Hogs & Heifers. It has been ‘updated’ by recent artists. This building, formerly Atlas Meats, was demolished in late 2011. 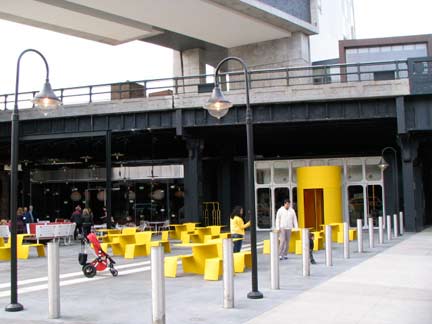 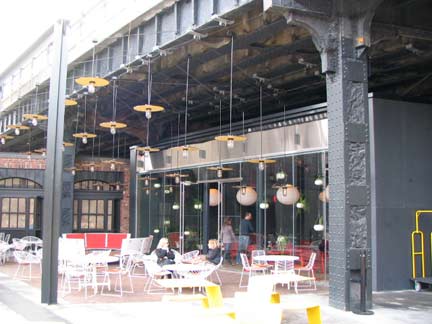 A couple of new restaurants have sprouted at Washington and West 13th in anticipation of High Line traffic. I can’t tell you the name or names, because they’re unmarked: that’s the new trend. Restaurantgoers are the coolest if they know the name of the place without the venue actually advertising the name. The now-shuttered Chumleys thought of this as long ago as the 1920s. 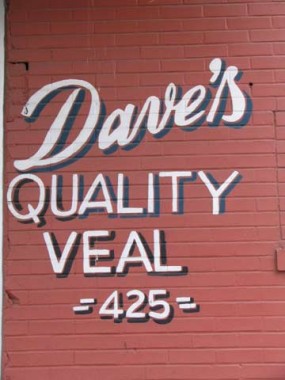 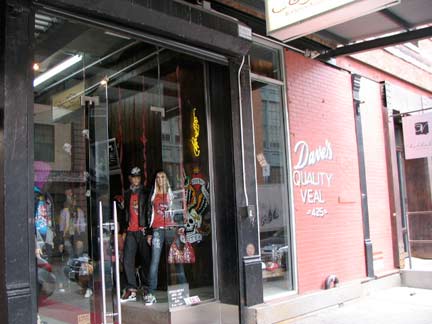 Another new trend is the appropriation of the older, more utilitarian name or function for the new, Eloi-ish venue. Thus, a West 13th boutique has kept the Dave’s Quality Veal sign and even repainted it. I know of a restaurant somewhere in town that has lept the old butcher block, wall tiles and butcher tools and displays them as you go in. (the food better be good or someone gets a cleaver through their neck). 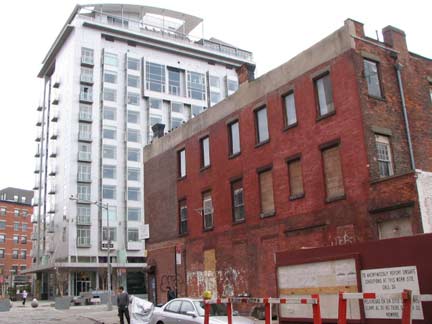