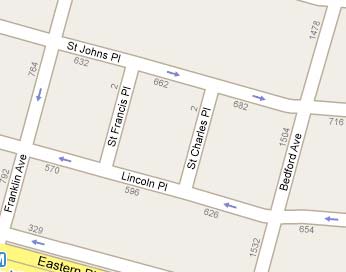 There’s a conclave of sorts in Crown Heights, where St. John’s, St. Charles and St. Francis Places all come together just west of Bedford Avenue. 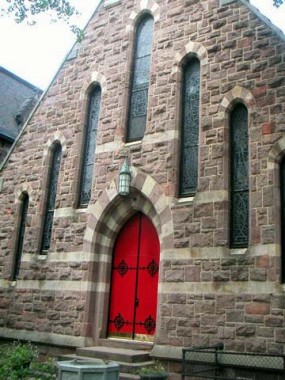 Running from 5th Avenue and Douglass Street east to 8th and Flatbush Avenues, and again from Plaza Street at Grand Army Plaza to East New York Avenue, St. John’s Place and its parallel streets in Park Slope and Crown Heights are among Brooklyn’s longest.

Douglass Street, incidentally, has gotten no love from Brooklyn and NYC powers over the years; it originally went from Court Street all the way east and south to East 98th St. and Hegeman Avenue in Brownsville, but while the stretch between 5th and East New York Avenue was renamed St. John’s Place, the southern stretch was renamed Strauss Street after famed entrepreneur Isidor Strauss went down with the Titanic in 1912.

Catholic Online lists fully nine saints named Charles, so deciphering which one Brooklyn’s St. Charles Place is named for might be difficult, but my guess is St. Charles Borromeo (1538-1584), who is also remembered by a church in Brooklyn Heights. Charles Borromeo was a prominent figure in the Counter-Reformation following the Lutherian schism and Protestant Rebellion; he was ordained in 1563, and eventually rose to Cardinal. 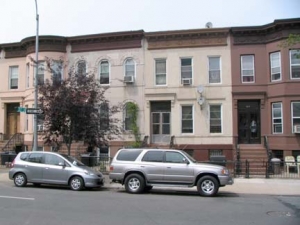 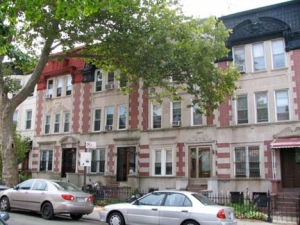 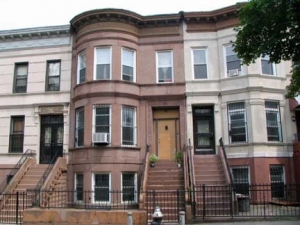 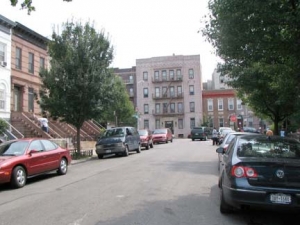 St. Charles Place is a peaceful one-block street featuring attached brownstones and townhouses. It appears on maps as early as 1890 or so. Below right: St. Johns Place as seen from St. Charles Place.

While there are nine St. Charleses in the directory, there are forty-one saints named Francis. It’s likely that St. Francis Place was named for either St. Francis of Assisi or St. Francis Xavier. Francis of Assisi (1181-1226)has been called the most beloved Catholic saint, and the familiar representations of him surrounded by animals are certainly the most recognizable (other than, perhaps, St. Sebastian with the arrows). Francis Xavier (1506-1552) was a Spanish missionary to East Asia and a co-founder of the Society of Jesus (the Jesuits). 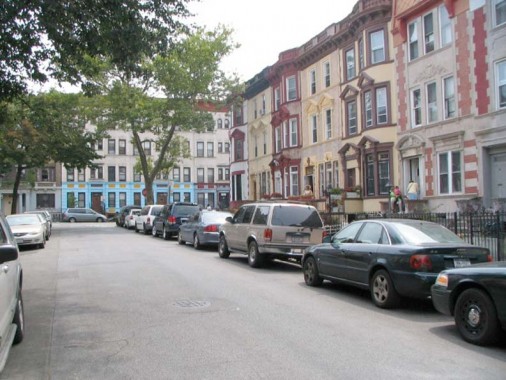 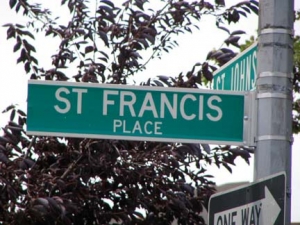 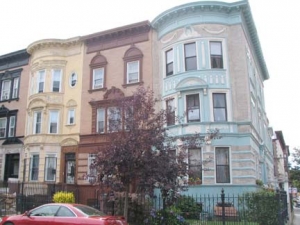 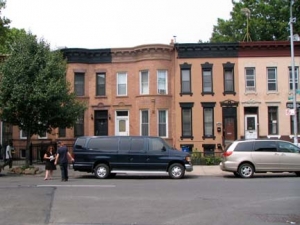 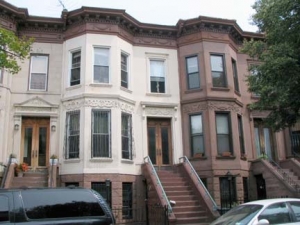 St. Francis Place is slightly more interesting visually than its partner St. Charles Place, with variegated colorings in its attached stone houses. The shot of the street facing St. Johns Place (below right) again shows, if anything, how insanely large vehicles became in the 2000s.

I just wanted to mention that St. John’s Place was still Douglass in Brownsville as of 1940. Doing some genealogical work in that area, and was looking at the census.