Of course, one of my favorite corners in Manhattan concerns a lamppost, a Type 24M Twin, as a matter of fact. Barely a dozen of these posts exist anymore, with a few concentrated on 5th Avenue between 19th and 32nd Streets. There are also a few left in City Hall Park, and since they’re so close to City Hall, they have been made inaccessible to us. There’s one at 6th Avenue and Walker Street in Tribeca. There’s also a unique one with a wide base uptown at Amsterdam Avenue and West 143rd. But that’s about it. But the one I’ve raved about (figuratively) of late is the one here at 5th and 19th — its incandescent bulbs are still lit! 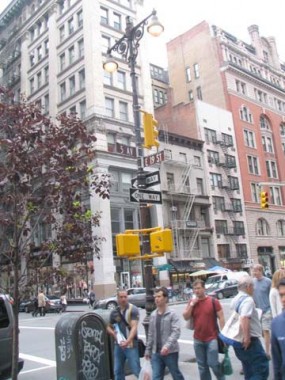 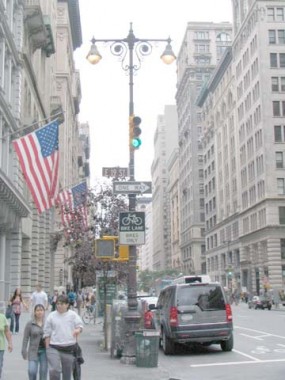 Most people just ignore it, and that’s as it should be. The more it slips under the radar, the better chance it has to survive. There are no signs marking it as having been saved by any neighborhood preservation group. 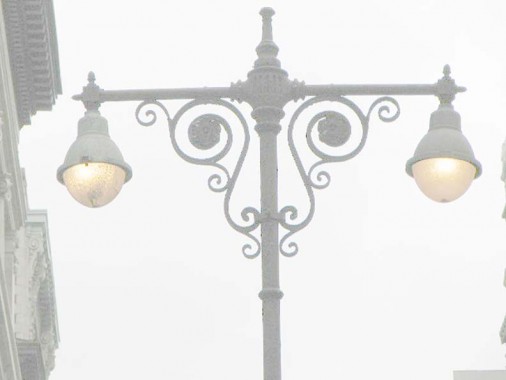 It was a very overcast day and I had to photoshop the crap out of it in order for any detail to show up. As you can see the tippy top of the central spire, called the finial, has dropped off at some indeterminate time in the past. The luminaires are third generation, Westinghouse cuplights that first appeared around 1950 with the rise of the octagonal-shaft posts. They were soon found to be eminently adaptable in ways that the other NYC incandescents of the period, the Bells and Gumballs, never were, and soon the Cups could be found on just about every lamppost or telephone pole mast the Department of Traffic had in its arsenal; they even began taking over from the Bells on the 5th Avenue Twins. In this case, they were allowed to keep their original gun metal grey color and weren’t painted chocolate brown to match the rest of the post. 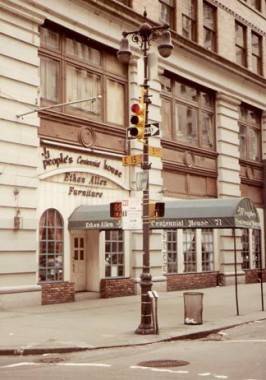 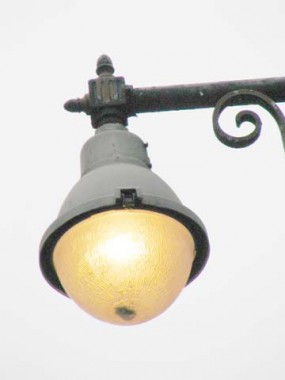 The Type 24M Twins were not 5th Avenue’s original electric-powered streetlamps. Those were the Type 3 Twins, example shown at left, first installed in 1892. A few of them hung tough until the early 1980s, when the last one disappeared. A hybrid version, with a different base, can be found at the SW corner of Madison Square at 5th and 23rd. I couldn’t resist zooming in on our incandescent Cup. The government has mandated that incandescent lights be phased out in an energy-saving move over the next few years, so I’d imagine that these lights are on borrowed time. 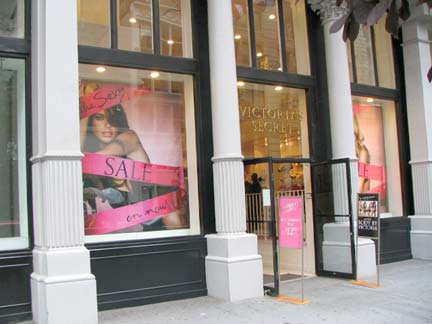 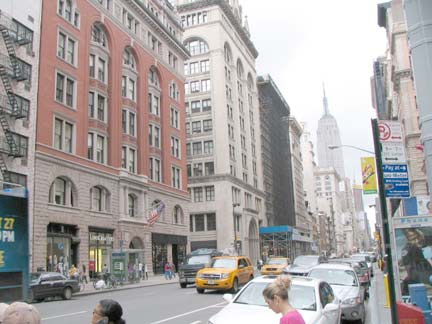 There are other things to see at 5th and 19th of course. There’s the store window at Victoria’s Secret, in which pictures of nearly nude women are employed to…get women into the store to buy clothing. The King of All Buildings is prominent on lower 5th. #150 Fifth, the brown brick building at left, was the site of your webmaster’s first job out of school. While I was there, John Belushi and Dan Aykroyd had offices in the building, but I never ran into them on the elevator. According to Jim Naureckas’ Songlines, sugar baron Robert L. Stuart built the building across 20th to the north. Both buildings date to the early 1890s, a period when architecture in America was at its peak. 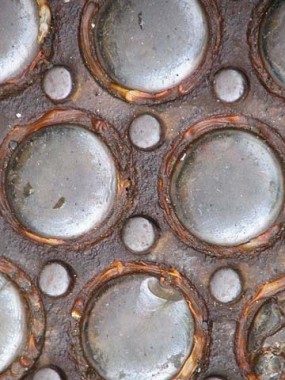 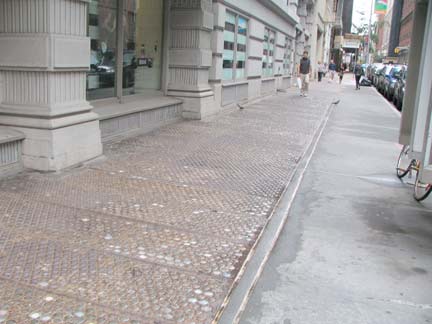 135 Fifth, at the northeast corner, built in 1900, features a wide skylight wrapping around the corner. Intense sun will sometimes make the glass in these old skylights turn purple but that hasn’t happened here. 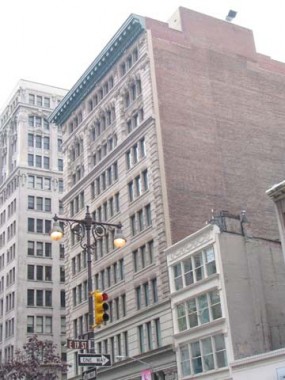 I noticed the building at 5th and West 18th because it has a now-illegible fading ad on it, but according to Naureckas, it has had quite the history after its 1903 construction. Or rather, it replaced a building, Chickering Hall, that did. Alexander Graham Bell made the first interstate telephone call from there, and Oscar Wilde held forth on a lecture tour. The Interbrand Consultancy is headquartered here these days. 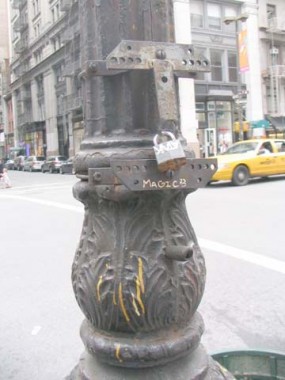 I have always wondered what this fixture on the Twinlamp base was for. I haven’t seen it on any other post; it probably held a sign. 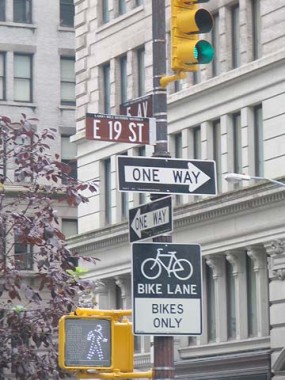 The Twin is festooned with 8 attached signs and signals at present, for street, bike and pedestrian traffic. 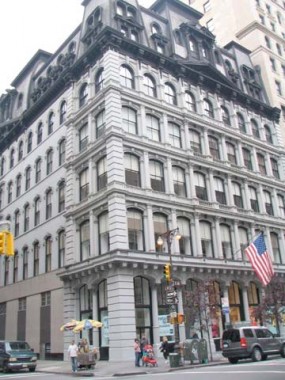 The Twin sits in front of the former Arnold Constable department store building, dating to the late 1870s. Prolific architect Cass Gilbert had offices here, as well as Henry Bacon, who designed the Lincoln Memorial and NYC’s park walkway lampposts. 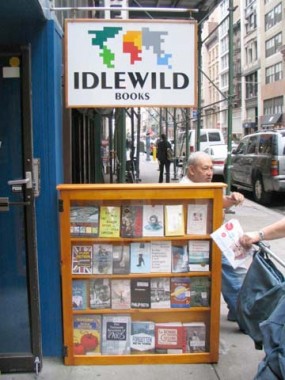 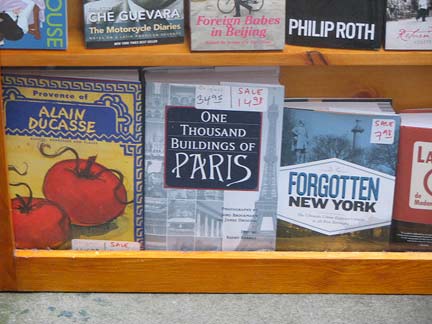 Here’s one of my favorite new bookshops, Idlewild Travel Books, on West 19th near 5th. Hey, what’s that on the bottom of the shelf? The ForgottenBook is in the discount rack!