I have often marvelled at Hunter’s Point’s 45th Avenue, which is lined on both sides with fine Italianate brownstone row houses constructed from 1871-1890. 45th Avenue deserves a much more detailed treatment thann it has received in FNY to date — fortunately, the Hunters Point Historic District Landmarks Preservation Commission report, done very early in the LPC’s history in 1968, provides a detailed description of the block’s wonders. Though the designation was done over 40 years ago, Hunters Point remains one of Queens’ few landmarked districts, and developers have run roughshod over the borough in the decades since, ravaging whatever other historic buildings there are in the borough. 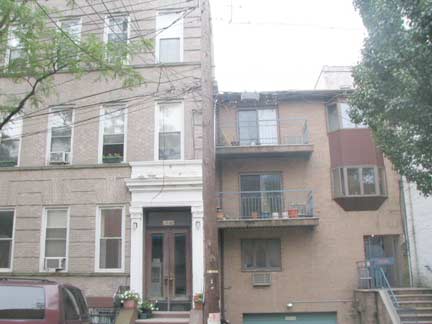 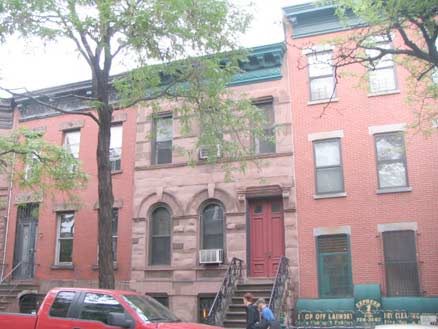 As I stumbled down the steps of the 45th Road-Court House Square station on the #7 Flushing Line en route to The Creek and The Cave on Jackson Avenue, I decided to meander down 45th Road to kill time. I found that 45th Road contains several buildings comparable in quality to its neighbor, 45th Avenue, that bears the landmarked district designation. I also found, as you see on the right in the first photo, some architectural garbage. If only 45th Road had also been named a part of the district! 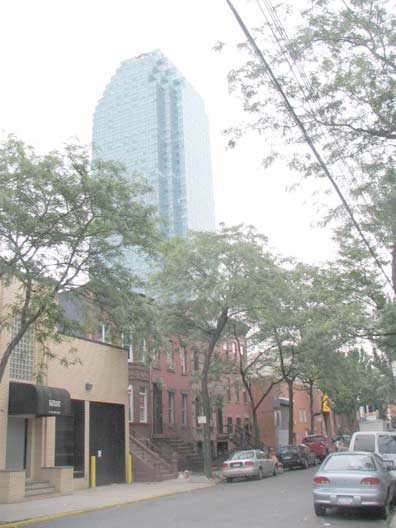 It was a dark day and I had to fiddle a bit with the Levels slider in Photoshop — everything was pitch black before I did. Despite what some critics have said about it, I always liked the 45-story Citicorp (now Citigroup) tower, I like the green color, aI like that you can see it for miles and it serves as Queens’ Polaris … you can gauge where you are by the tower. It looms above the 45th Ave./Rd. brownstones like an overlord. 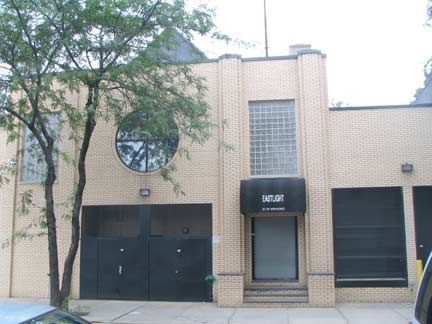 Eastlight Studios, commercial production. I like the round clerestory window and glass bricks — it makes 45th Road a mixed bag, though, probably preventing the LPC from designating the block in 1968. 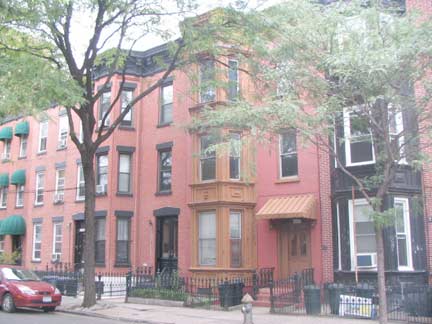 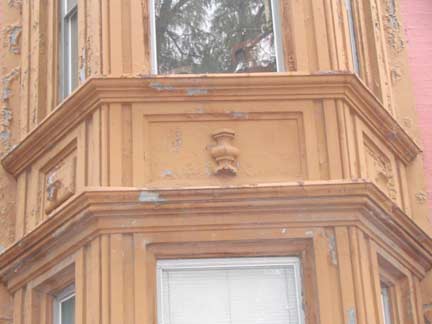 I enjoyed the projecting windows and ornamental moldings on this building. 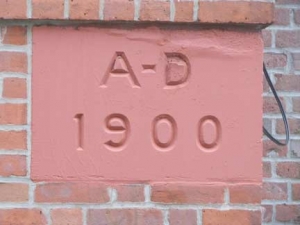 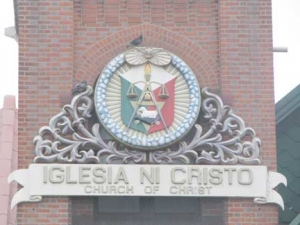 At 45th Road and 21st Street stands what was built as Grace Methodist Episcopal Church in 1900, but is today’s Church of Christ, which as a mainly Filipino congregation (the title Iglesia ni Cristo is in Tagalog).

The Iglesia ni Cristo (INC) or Church of Christ is the only Christian religion to have started in a ‘third world’ country and successfully expanded in the west. The INC has more than 3,500 congregations worldwide in nearly 100 countries and territories. There are more than 38 congregations in the Northeastern Seaboard alone. 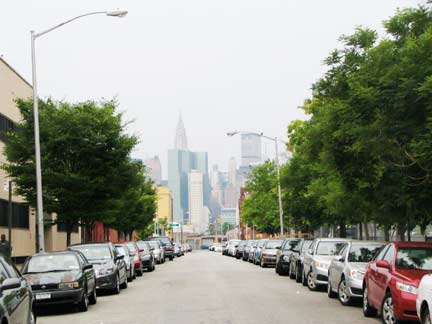 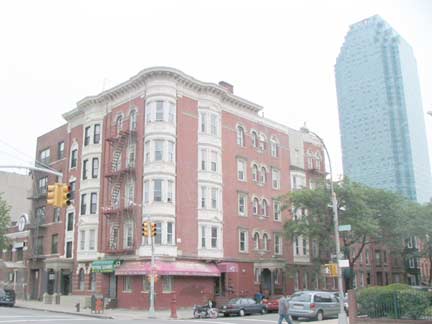 A look at a pair of icons, the 1930 Chrysler Building, looking west on 45th Road, and contrast the Citigroup Tower with the 1910-ish apartment building on the corner of 21st and 45th Road.

Welcome to 11th Street! (I’m from a fifth-generation Long Island City family, and I was raised to be bilingual in street-numbering…) My great-grandmother bought the red house on the other (left) side of the gray-brick house in the second photo in 1904. My mother sold out in 1984, refusing to consider allowing me (her only child) to purchase or inherit it. (“I never wanted it, so you can’t have it either.”) Her mother and grandmother are probably spinning in their graves over the damage done since, if the horrors done to the front door are any indication.

There used to be matching small wood-framed houses on either side of the big apartment house. Unfortunately, whoever bought the one closer to the El must have had a liking for “modern” over “historic” :::sigh!:::

Eastlight Studios’ building was originally the First Baptist Church. The church had vacated the building by the 1950’s at the latest — it was definitely in commercial use before 1960 or so.

The Iglesia ni Cristo has been in the old Methodist church building, oh, close to forty years now. I’m pretty sure they took it over while I was still in high school, so over 35 anyway.

The Langley apartment house on the corner of Van Alst Avenue didn’t originally have the bricked-front storefront — it was a completely different style more in keeping with the rest of the building. And that church two doors down Van Alst from the Langley was a synagogue originally.

Building that phallic glass piece of junk on the site of the old St. John’s Hospital was the true architectural downfall of the neighborhood. It gave permission for all the rest of the high-rise projects for yuppies to be built. Hunter’s Point, for all its quirks, had a human scale to it. Now it looks to be all about how high and shiny and expensive and visible and large-scale a thing can be built.

Happened on an Airbnb accomodation on 45th Road. Tree lined, wonderful buildings and read the sign to say that it was a valued historical area. Not enjoying the gentrification of Long Island City in general and Hunters Point in pparticular.