Saturday, June 26, 2010 marks the end of service of Little Neck’s sole north-south bus route, the Q79, which covered almost the entire length of Little Neck Parkway, northeast Queens’ easternmost main street, from 40th Avenue south to Jericho Turnpike. The Q79 carried passengers from the Long Island Rail Road Little Neck station to neighborhoods south of it. The old expression “use it or lose it” was never more in effect than on the Q79; I never counted more than 6 or 7 other riders on the bus with me, even at rush hours.

The Metropolitan Transit Authority, faced with little or no aid from the Feds or New York State, and dealing with angry unions as well as overpaid desk-bound executives, turns once again to the faithful public, demanding higher fares and dealing out ever-shrinking service. In the summer of 2010, dozens of bus routes throughout the 5 boroughs are being eliminated, especially those in outlying areas; even though the use of mass transit has been encouraged by both the mayor’s office and by ‘green’ advocates, residents of the city’s outlying spots will be forced back into their automobiles.

In addition, most subway service will be reduced, with as many as 3-5 minutes added to headways. Two lines are being eliminated, the V and W, with other lines taking over their routes, including a dramatic rework of the M, which will be pressed into duty on the 6th Avenue and Queens Boulevard IND line.

While your webmaster was invited to participate in the V Train Farewell Party by Levy’s Unique New York, the Q79, unloved while alive, will receive no official encomiums. Except here. I took one last ride a couple of weeks ago. 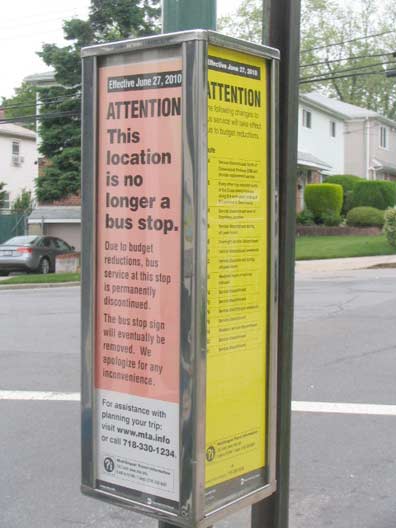 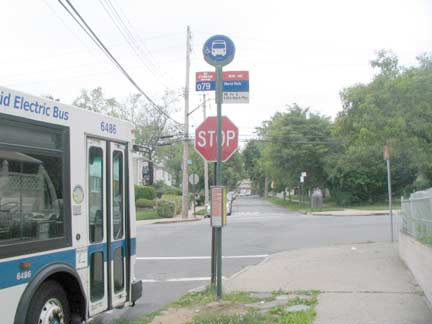 For about a month, the yellow and pink signs of doom have appeared at bus lines being eliminated or truncated. Incidentally, the other major north-south bus line in northeast Queens, the Q76 on Francis Lewis Boulevard, will henceforth be weekdays only. 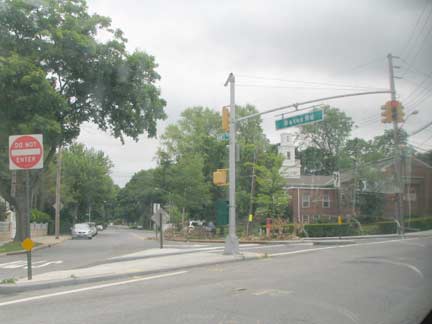 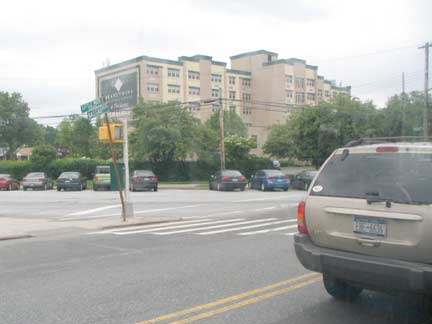 Out the window, you spotted as you rode past the 7th-Day Adventist Church on Bates Road, and Brandywine Assisted Living at the LIE, across from the 5 Guys. Not exactly the M5 on Riverside Drive passing Grant’s Tomb or the M4 at the Metropolitan Museum of Art, but these are the last views of these buildings you’ll ever see from a bus window unless you’re on an express bus from Manhattan. 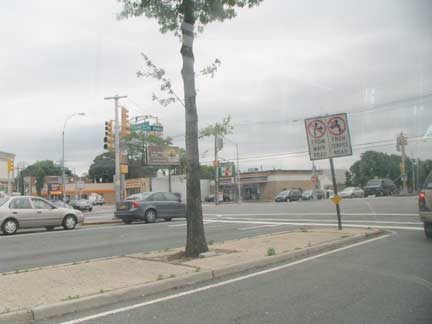 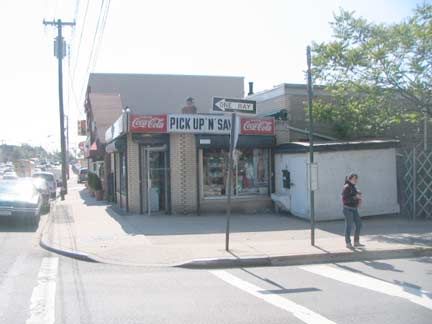 The bus turns at Jericho Turnpike, known on the Queens side as Jamaica Avenue before the local burghers thought that Jamaica Avenue reminded them of, well, Jamaica, a neighborhood they wanted no association with whatsoever. There was also the inconvenience of having one side of the road called Jamaica Avenue and the other, Jericho Turnpike. Since there was no shot whatsoever of persuading Bellerosites and Floral Parkers to embrace calling their side Jamaica Avenue, the reverse was enacted, and Jericho Turnpike, which runs through a small Nassau County town of the same name, now is a major street in Queens. 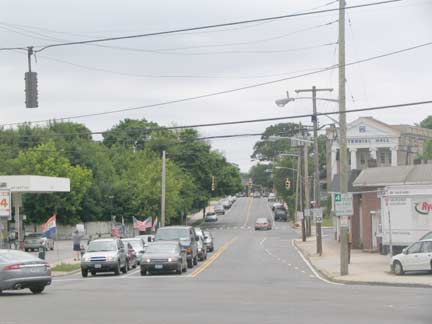 There was once talk of running the Q79 down Tulip Avenue, shown here, to the Floral Park LIRR station, but angry Floral Parkers railed against a Queens bus sullying the neighborhood, and the Q79 continued terminating at Pick Up ‘N Save at 256th Street and Jericho.

Until it stopped doing that.