Joe DeMarco: I walked up the Henry Hudson Parkway to Fort Tryon/Dyckman Street and walked up Broadway and across the George Washington Bridge. I came across a neat old “cyclops” light on the Henry Hudson Parkway right by the Cloisters. The light has not worked for many years, it has been struck several times and the wiring has been ripped out. About 100 feet north was a similar light, though the top was missing. 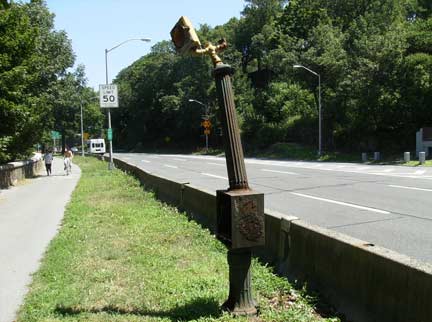 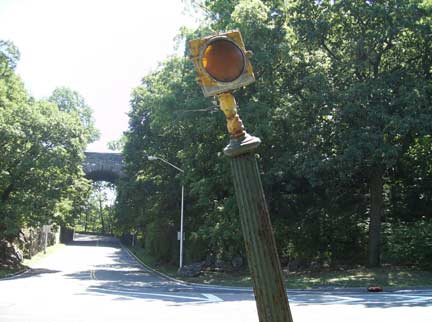 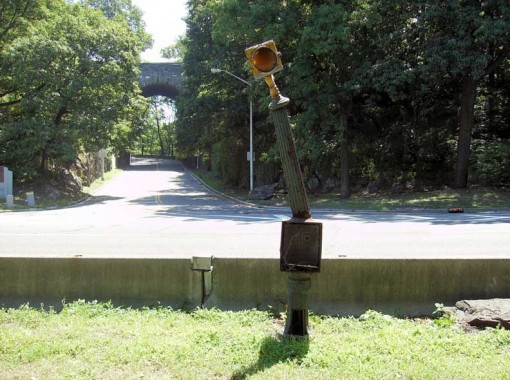 This is one of the groove-shafted “olive” stoplights, so called for their olive green paint scheme, that sat catercorner on hundreds of NYC intersections for decades. The Department of Transportation began to do away with them in the early 1980s, and by the mid-1990s virtually all of them had disappeared. The only functioning ones are a few on the East and West Drives in Central Park. Joe found a few here where the Henry Hudson Parkway and Riverside Drive combine forces below the cliff of Fort Tryon Park. 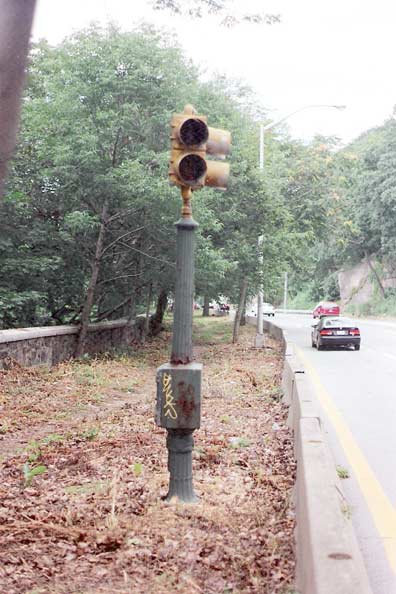 A view from a few years ago by Bob Mulero. The other light has since been knocked off. 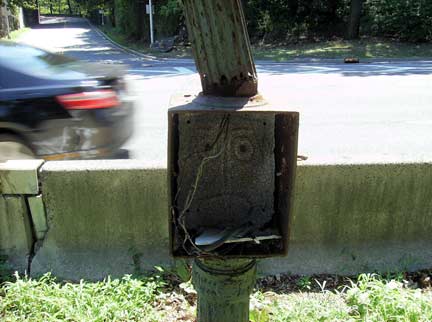 Ghost in the machine? A spectral face appears on the former control box. 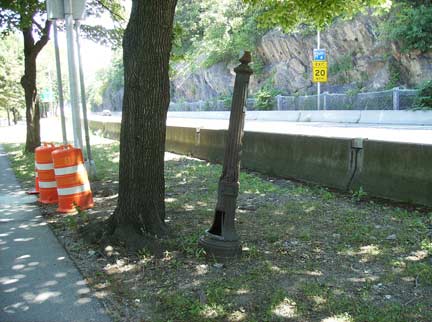 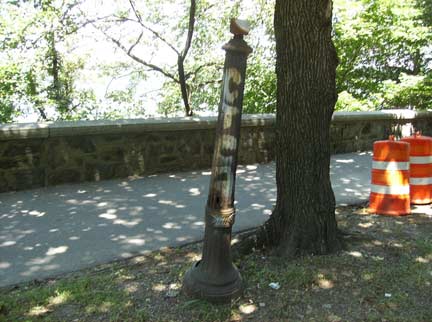 A fellow Olive has been rendered headless. 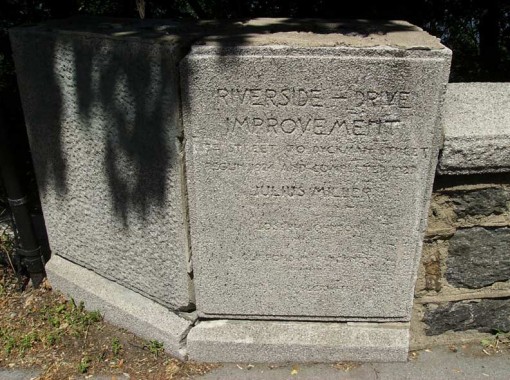 Joe also discovered a long-forgotten plaque dedicating a long-ago “Riverside Drive Improvement” to Julius Miller. Most of the words have been weathered off. Miller (1880-1955) was Manhattan Borough President from 1922-1930, which is when the “improvement” was likely done. During his administration Park Avenue was elevated around Grand Central Terminal. The now-demolished West Side Highway was named the Miller Highway in his honor.