Riverdale is nestled along the Hudson River between Spuyten Duyvil on the south, Yonkers in the north and Van Cortlandt Park on the east. With its curving, quiet lanes, spectacular views of the New Jersey Palisades and spectacular estates, it seems to be more a part of suburban Westchester. The New York Times real estate section seems to agree: it has famously listed Riverdale separately from the rest of the Bronx for years. Yet, Riverdale has been a part of New York City since 1874, and the numbered street system that begins withEast 1st Street in the East Village extends to the city line at the Yonkers border at the highest numbered street in the series, West 263rd Street.

I complain about rain. I complain about money. There’s too much of the former, and I lose too much of the latter. Rain has played a role in 9 out of the past 10 ForgottenTours, and it poured cats and dogs during this one. Nevertheless, Richard Melnick of the Greater Astoria Historical Society and nearly 30 ForgottenFans soldiered on in this 45th in a series of tours that began June 1, 1999. 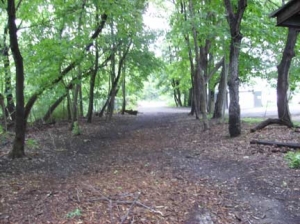 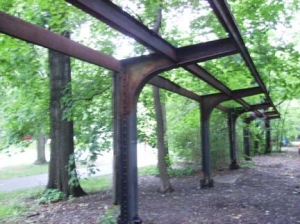 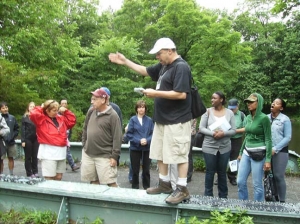 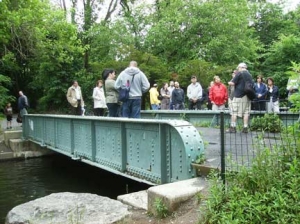 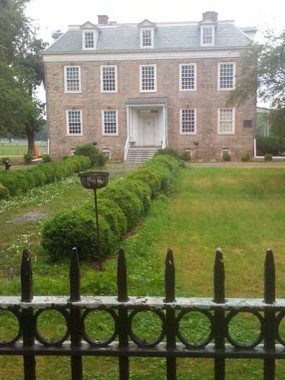 Van Cortlandt Mansion: This Georgian-style country house made in the fieldstone style was built in 1748 for Frederick Van Cortlandt. The vast athletic field north of the mansion was at one time the Van Cortlandt farm, and had large planting fields, livestock, and a grist mill. 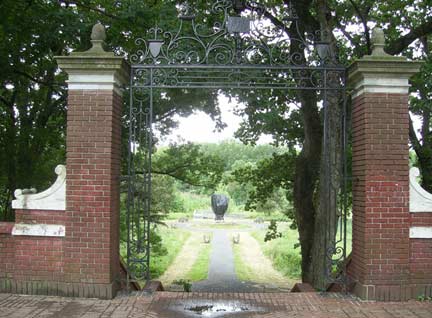 A courtyard on Van Cortlandt Mansion’s south side with red brick steps leads to a formal Dutch garden, whose fountain was under repair when we passed by.

George Washington used Van Cortlandt Mansion as a headquarters during the Revolution. The house is maintained by the National Society of Colonial Dames as a museum appointed with period Colonial and Federal collections. It is open to the public: call (718) 543-3344 for hours. 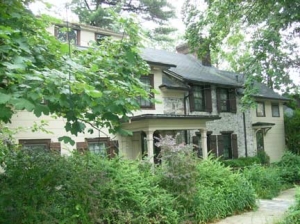 Unremarked-upon in most guidebooks is a 1-block stretch of the Old Albany Post Road, now used mostly as a driveway between West 251st and West 252nd Streets west of Broadway. The road is a pre-colonial Native American trail and was widened by the colonists in the mid-17th Century. Much has passed into disuse, but a 6.5 mile stretch in upstate Philipstown is still well-maintained.

The George and William Hadley Mansion was built along the route of the post road (now facing Post Road, its namesake route) about 1760. In 1777 it was used to garrison volunteers on the American side in the Revolutionary War. In 1915, Dwight James Baum, who built many homes in Riverdale and Fieldston, added a north and south wing, but the original central part of the house remains largely intact. 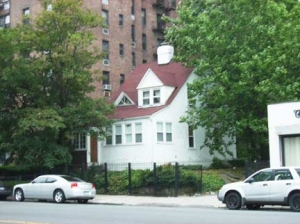 Are we on the same Broadway that runs past Times Square and Wall Street? You betcha. 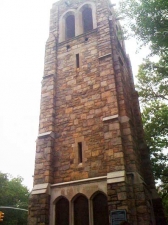 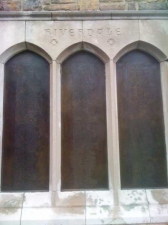 Riverdale Bell Tower, Riverdale Avenue and Henry Hudson Parkway, is inscribed with the names of every person who served in World War I from Spuyten Duyvil and Riverdale. It was designed by Dwight James Baum and contains a massive bell, cast in 1746, obtained as spoils during the Mexican War in 1848. 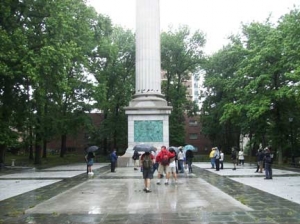 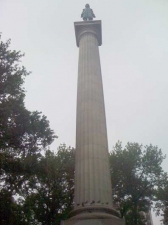 The Henry Hudson Monument in Henry Hudson Park, Independence Avenue and Kappock Street, was built in stages between 1909 and 1936, with the massive Doric column appearing in 1909 and the Karl Bitter statue of the explorer installed in 1936. There are bas reliefs of Hudson receiving a contract to sail to Ameica and another showing him bartering with Native Americans. 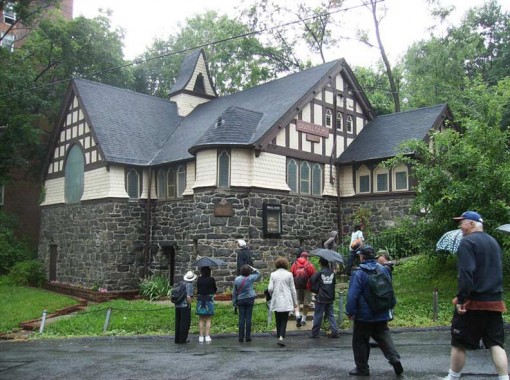 The AIA Guide to New York describes Edgehill Church, NYC Landmark on Independence Avenue north of Palisade Avenue, as having “a base of Richardsonian Romanesque, a top of Gothic Revival and a smattering of Tudor details.” Surprisingly, it was designed by Francis Kimball to be a modest chapel for workers of the now-vanished Johnson Iron Foundry. Note especially the stained glass windows: they are by Louis Comfort Tiffany. 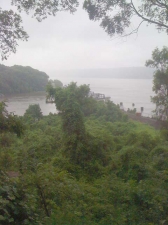 Painters and photographers are drawn to the Half Moon Overlook, named for Henry Hudson’s ship, on Palisade Avenue west of Independence Avenue. It has a view of the conjunction of the Hudson and Harlem Rivers.