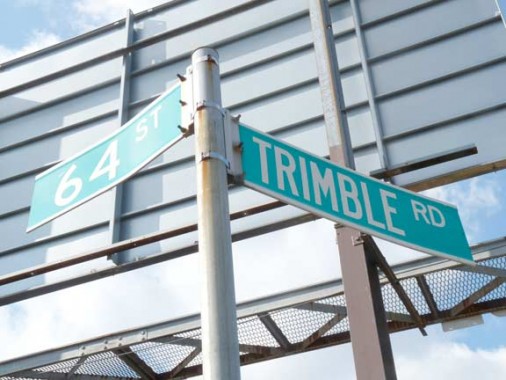 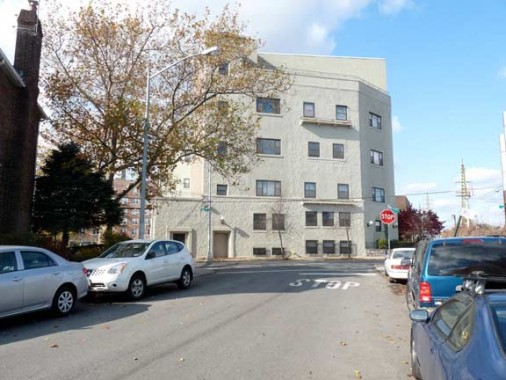 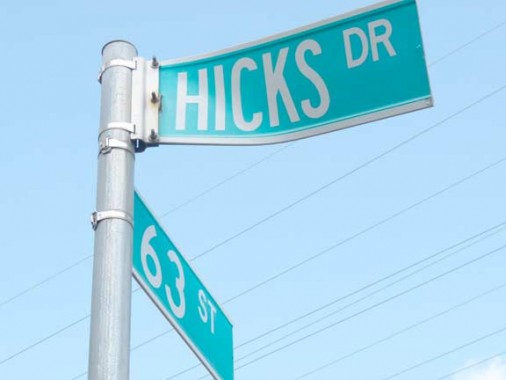 Trimble Road has a counterpart, Hicks Drive, a one block street running south of the LIRR tracks between 63rd and 64th Streets. The large building used to be a watch factory but is now residences. 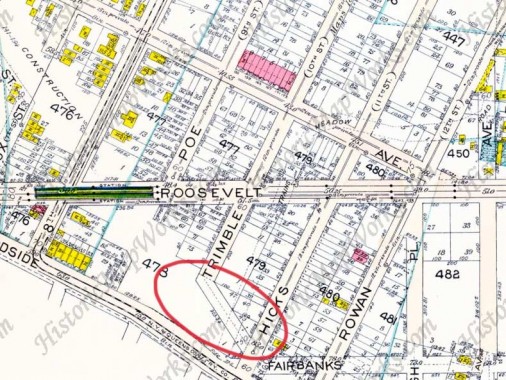 In 1915, when this Bromley atlas plate was drawn, Woodside was a neighborhood in transition, mainly die to changes to mass transit. Roosevelt Avenue, named for Teddy, was newly cut through and ran from Woodside through Jackson Heights and Corona; it was the road over which the new elevated railroad ran. The LIRR, meanwhile, was streamlining its own operations, building a wide right of way that would serve most of its branches all the way to Jamaica and eliminating grade crossings as the region became more urban and less rural. The wide open space running from NW to SE was where homes had been demolished in antipation of the open cut on which tracks would be built.

A couple of streets which had run through to Woodside Avenue would have to be interrupted, and short roads were built along the tracks to allow autos and horse carts to get through. Trimble Avenue (formerly 10th Street) was therefore doglegged to Hicks Avenue (formerly 11th Street). In the 1920s, Hicks, Trimble and other named streets were then renumbered to 62nd and 63rd — but the short doglegs along the railroad kept their old names. 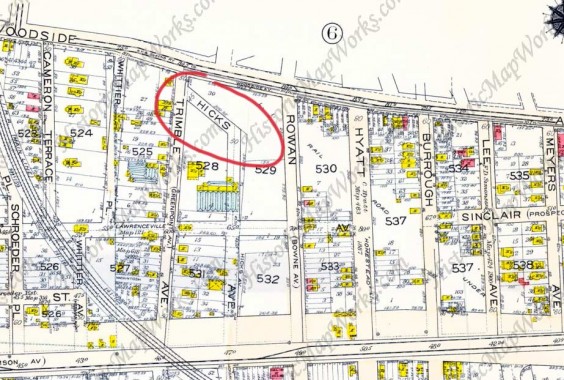 The circled portion of Hicks Avenue survives as Hicks Drive.

On the above map, there are other street names that have somehow survived till the modern era. 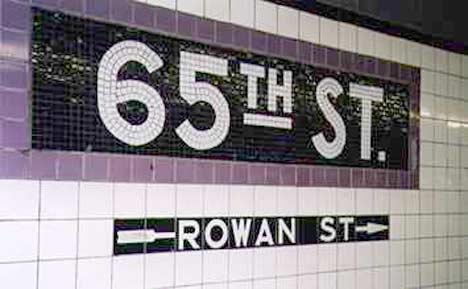 Rowan Street, now 65th Street, survives in the IND station on Broadway. When the IND was built, oldtimers still used the old names, and some of them sneaked onto the station signage. 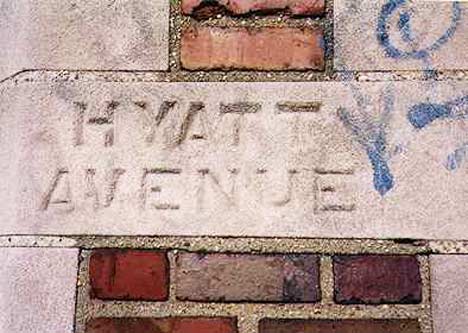 Liked your piece on Woodside.

The building on Hicks Dr is the old Bulova watch building.

Bulova had a second building on Astoria Blvd & 80th St.

Re: the 3rd image of Hicks St.

Since Hicks St. is near the LIRR, was the street named after LIRR president Valentine Hicks ?

Hi,
Great article on Hicks Ave.
I grew up on 43 Ave (Percy St), near 58th St(Betts Ave). Have since learned that area was originally the William Sackett farm (settled in the 1600’s), and the Cumberton house was right across the street, torn down early 1900’s. Old man Cumberton was arrested for arguing with some British troops, while cutting wood on his wood pile. Can’t beleive things like that happend right where I grew up,nobody in the neighborhood knew anything about such things (British troops marching on 58th St, Wow!), .
Would it be possible to get a copy of the area of the map just west of that say up to 58th Street, (Betts Ave) down to Queens Blvd (Thompson Ave, or do you know where I might get a copy online.). Also sorry to ask but would you know if any pictures exist of Mrs. Cameron’s house or Miss Gilbert’s house, that exisited on that property. I’ve seen pictures of the Kelly house that existed on the other side of Woodside Ave.
Also just to let you know, when I click on Woodside under Neighborhoods, I get this page of Forgotten NY, instead of the History of Woodside, it used to link to. Just to let you guys know.
Keep up the great work! Maybe with the work you guys are doing, kids won’t be growing up today with such a lack of info on where they are living.

I grew up 2 blocks from here. Use to walk down these streets all the time as a kid in the 60’s and 70’s . Not sure if is still there , but at one time one of the street signs read Trimble road , and another on the same block read Timble road . If I was still in the area I would check out of curiosity .It was in the area of your first map that has a red circle .

Love the site as always… Keep up the great work Kevin !

My Grandmother grew up in a house at 36 Trimble road in Woodside. I found the address in an old will from my great Gradfather. What rood would this be now ? Do you Know?