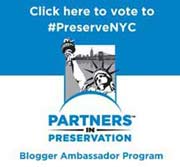 Through the partnership, American Express and the National Trust for Historic Preservation seek to increase the public’s awareness of the importance of historic preservation in the United States and to preserve America’s historic and cultural places. The program also hopes to inspire long-term support from local citizens for the historic sites at the heart of their communities.

From April 26 through May 21, 2012, local residents and people across the country are encouraged to vote for their favorite of 40 historic places throughout the five boroughs of New York City to receive preservation funding.

Voters are allotted one vote per day, which can be cast online in three ways: via the desktop website, the mobile website, or Facebook. Additionally, people can post personal stories and share photos on the Facebook page throughout the program. The four projects that receive the most public votes will have their grant requests fully funded, and the remainder of the $3 million in grants will be given to a number of the other sites after review by American Express, the National Trust for Historic Preservation and an advisory committee composed of civic and preservation leaders from New York. 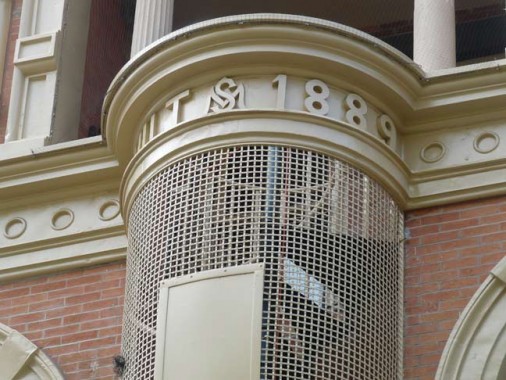 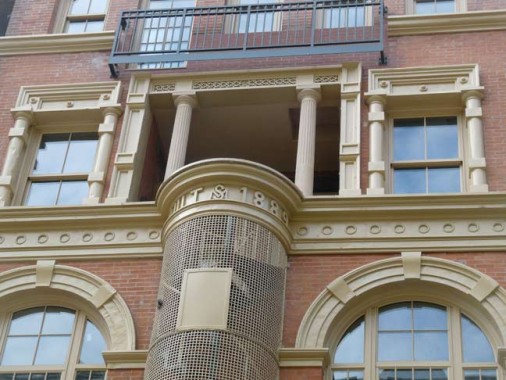 I had previously been aware of 62 East 4th Street, between the Bowery and 2nd Avenue,  because of its distinctive enclosed exterior spiral staircase and its eclectic collection of arches, columns and alcoves. 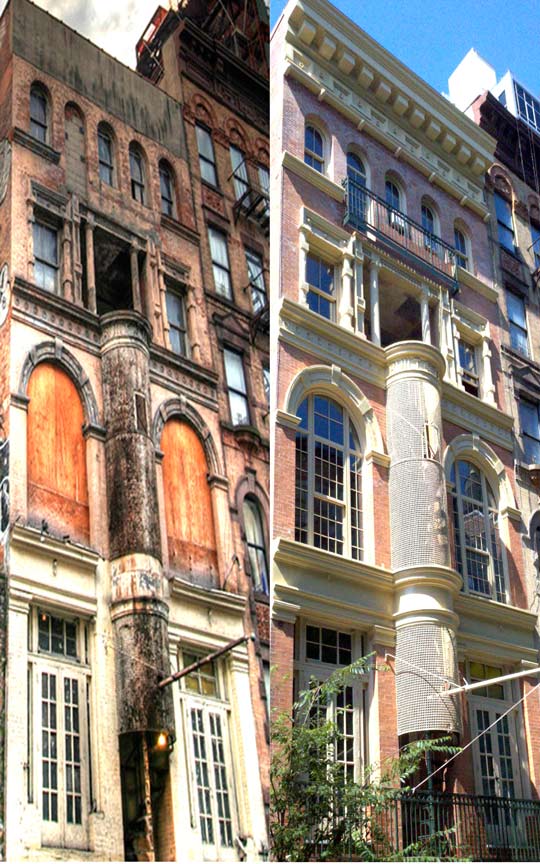 After decades of deterioration, the building’s exterior has been painstakingly restored to splendor in 2010-2011 by its co-owner with the Rod Rodgers Dance Company, the Duo Multicultural Arts Center, which since 1969 has provided an artists’ venue in the East Village, with an emphasis on Latino culture. The building was constructed in 1889 and over the years has served as meeting hall for NYC’s first Musicians’ Union (established by John Philip Sousa), as well as ILGWU (International Ladies’ Garment Workers’ Union) and as as a restaurant and ballroom. 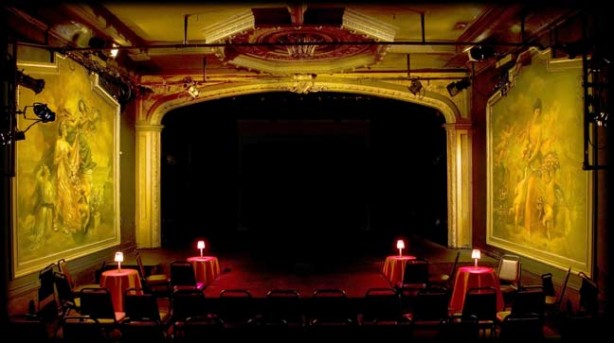 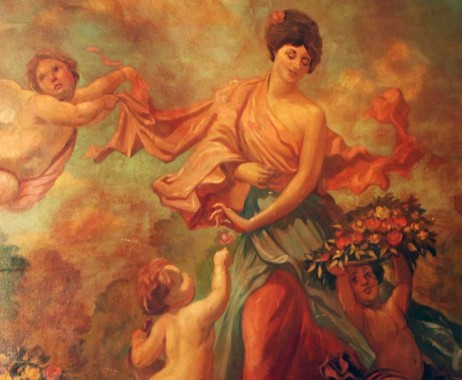 In the 1930s, when part of the building became a performance space, a stage was added on the second floor that retained the room’s chandelier as well as two beautiful murals painted when the building was first constructed, and it became one of the neighborhood centers of Yiddish theatre and a studio for early television productions as the Astoria Theatre. 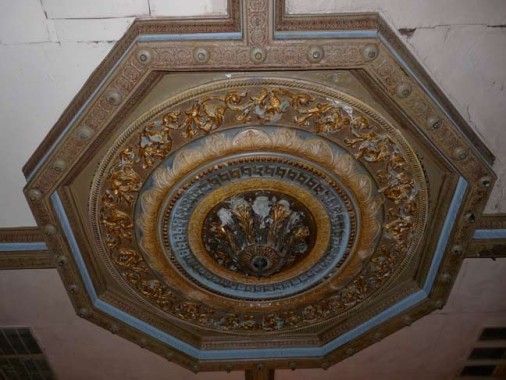 In the late 1960s Andy Warhol used the space, by then known as the Fortune Theatre, to show adult films. The late Jim Carroll (“Basketball Diaries”) was the ticket taker. In the 1970s, Warhol also used the theater as a performance space, and it got the notice of filmmaker Francis Ford Coppola; a scene in The Godfather: Part II was filmed there. Duo has been here since 1981, and 62 East 4th is currently home to performances and art installations, as well as the Rod Rodgers Company dance performances. 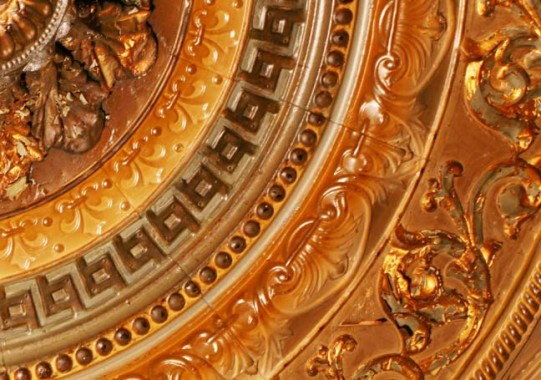 Duo Multicultural Arts Center is vying for a share of Partners in Preservation’s $3 million to fully restore the murals and original tin ceiling.

DMAC is a member of the 4th (Street) Arts Block, or FABNYC:

FABnyc was founded in 2001 as the nonprofit leadership organization for the East 4th Street Cultural District, a historic and vibrant arts corridor in Manhattan between Second Avenue and Bowery. Now a neighborhood-wide coalition of arts and community groups, FABnyc drives community and economic development, while also preserving the Lower East Side’s rich heritage and creative energy. FABnyc provides services to its member theaters and arts organizations, including leading the development and conversion of 100,000 square feet of arts space, marketing the neighborhood as a cultural destination, and offering discount ticketing and other community events and programs. Home to more than 24 arts groups, 12 theaters, and 8 dance and rehearsal studios, the East 4th Street Cultural District serves more than 1,250 artists and 250,000 audience members each year.

“Duo Theater at 62 East 4th Street is thrilled and honored to be a part of this short list of historical landmarks in New York City and encourages everyone to get involved in this exciting opportunity by making their daily vote between now and May 21st, 2012.

“People walk in here and are astounded that this space exists, and that there is wonderful live art happening in this space…there’s nothing like it in New York.”

To visit Duo Multicultural Arts Center, take the #6 train to Bleecker Street or Astor Place and walk north or south to East 4th, then east about 2 blocks to #62.

You can vote for the repair and preservation of the murals and ceiling of the Duo Theatre, or other sites if you choose, at the Partners in Preservation website and from other devices. Remember, you get one vote per day.

Off the Grid at the Duo Theatre

I have partnered up with Partners in Preservation as a blog ambassador to help spread the word and raise awareness of select historical sites throughout the tri-state area. Though I am compensated for my time, I have not been instructed to express any particular point of view. All opinions expressed here are strictly my own.

You have the ‘before’ and ‘after’ restoration pictures. When were they taken?

Until now, I was unaware of either DMAC or this wonderful space. Thank you for bringing them to my attention!

I have a poster from the presentation of “Freaky Pussy’ A T-room musical that was performed Feb 17 – March 9….I think probably 1900 at the “Fortune Theatre” – 62 E. 4th St. It was directed by Harvey Tavel. Can you verify this information. The poster is framed and in mint condition.
Thank you.