One of Brooklyn’s abiding mysteries (probably for me and no one else) is the presence of Highlawn Avenue, which runs in the northern edge of Gravesend, from Stillwell Avenue east to West 3rd Street. It stands in the place of Avenue R, which begins at Kings Highway and East 5th Street and runs east and northeast to Flatbush Avenue in Marine Park.

After about a century since they first appeared on maps, there is something of a mystery and lore about Brooklyn’s lettered avenues. Avenues B and C, for example, are several miles and several neighborhoods apart. There is no Avenue E at all (older maps indicate Foster Avenue took over for it a few years after it was laid out) and Farragut Road and Glenwood Road stand in for F and G, though there’s a piece of Avenue F still remaining. Avenue Q was renamed Quentin Road in 1922, apparently because the city didn’t people to mix up Avenue O and Avenue Q in handwriting.

But, Highlawn Avenue seemingly nonsensically stands in for a part of Avenue R. The area is flat as a pancake, as is most of southern Brooklyn, and no lawn found here seems any higher than any other lawn.

There are a couple of clues about why Highlawn Avenue exists, if you take a walk along its length. 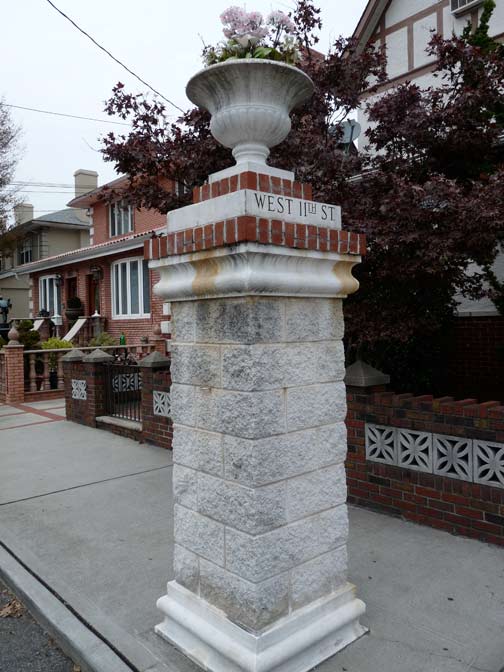 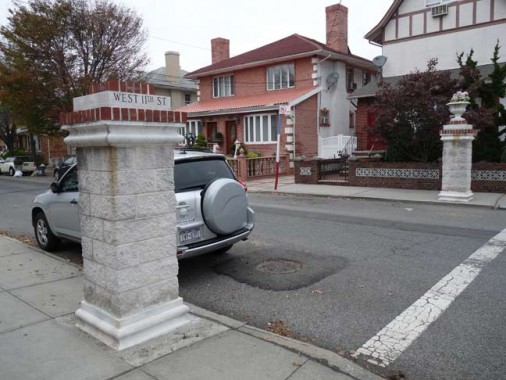 Three north-south numbered streets (West 9th-11th) have ornamental gateposts at Highlawn Avenue intersections. The pair at West 11th have been nicely maintained, and one still has its urn. I don’t know why the Highlawn Avenue side says “West 11th Street.”

As a rule, gateposts like this indicate a present or former real estate development. 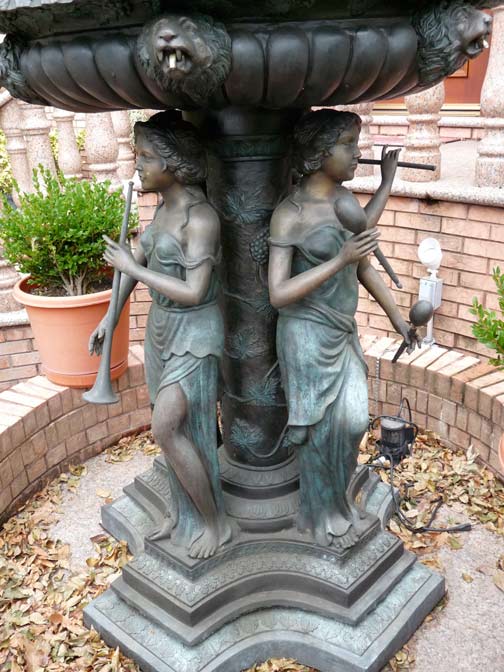 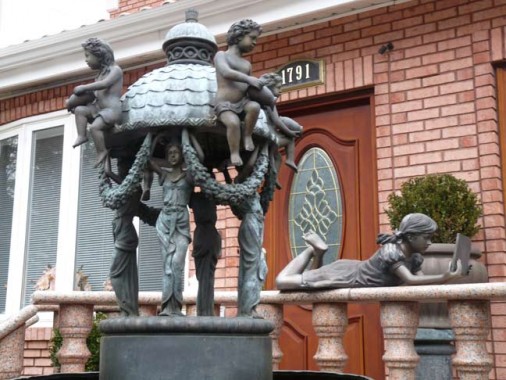 As an aside there’s a fairly wild ornamental fountain in front of a West 11th Street house near Highlawn Avenue. 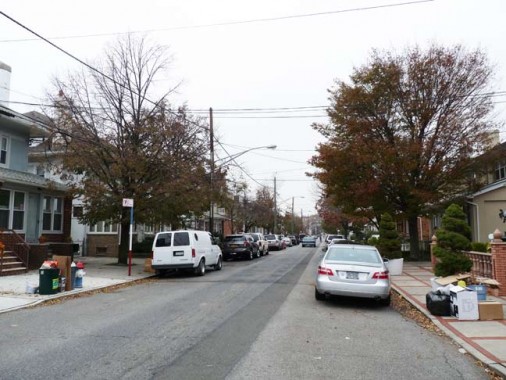 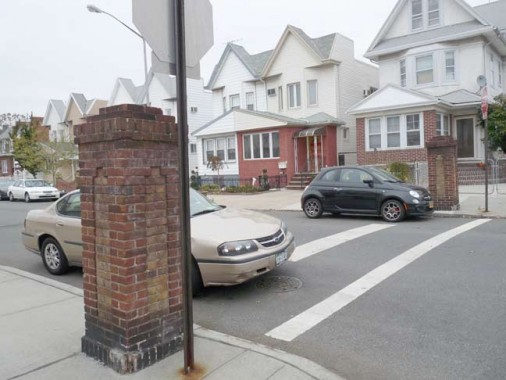 At West 10th the gateposts are present but unimproved. 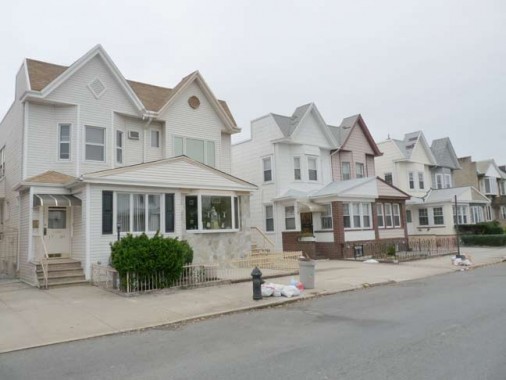 The housing is more uniform, as if it had been part of a real estate development in the past. 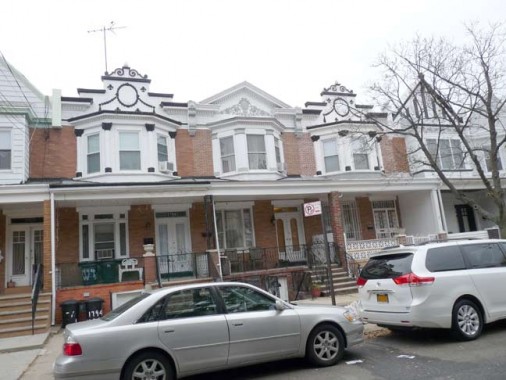 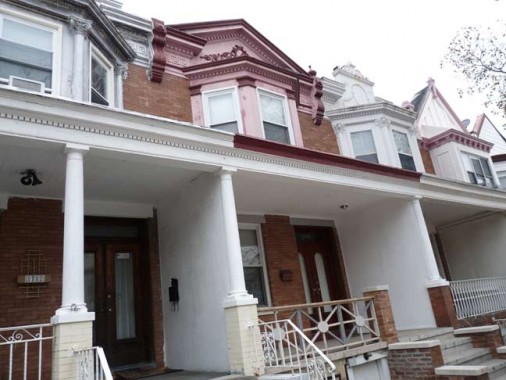 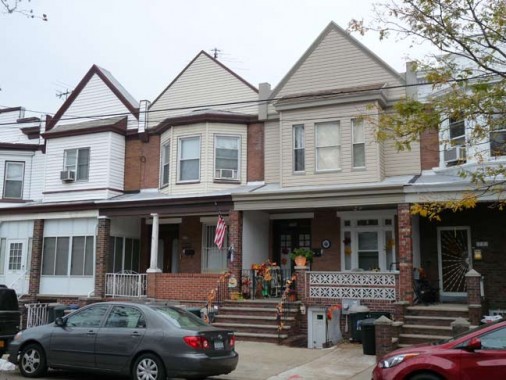 Meanwhile, West 9th has a pair of gateposts on the south side of Highlawn Avenue but at the same time, a very handsome set of attached homes with porches on the north side running up to Quentin Road. The houses on the west side have maintained their ornamentation on the pediments, but it has been removed in favor of siding on the east side. 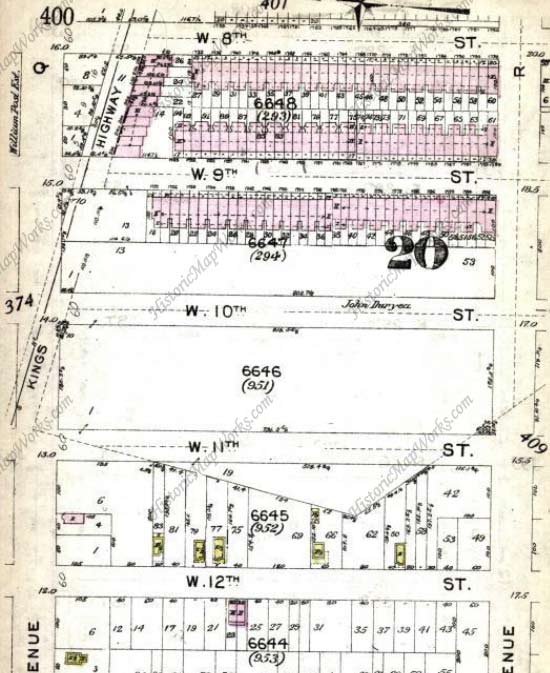 On this 1912 map, Avenue R is still Avenue R. The West 9th houses are in place while West 10th and 11th are still empty. 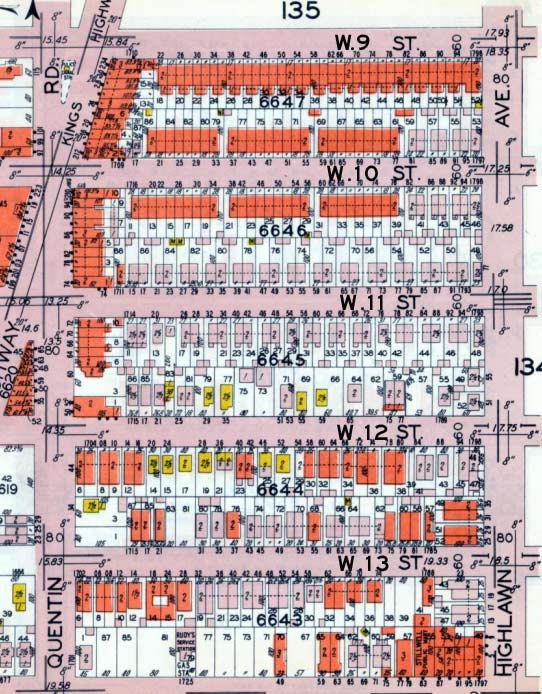 By 1929 all the houses are in place, and Avenue R was switched to Highlawn.

My idea is that a real estate developer sometime between 1912 and 1929 wanted to differentiate his houses from others being built in the area, and prevailed on the city to rename Avenue R Highlawn — it’s a self-contained stretch that doesn’t touch the eastern half of Avenue R.

THIS JUST IN: It urns out that Highlawn was, indeed, a real estate development, but what I’ve shown you here wasn’t it! According to Gravesend historian Joseph Ditta the houses north of Highlawn are the result of speculation by developer Otto Singer. 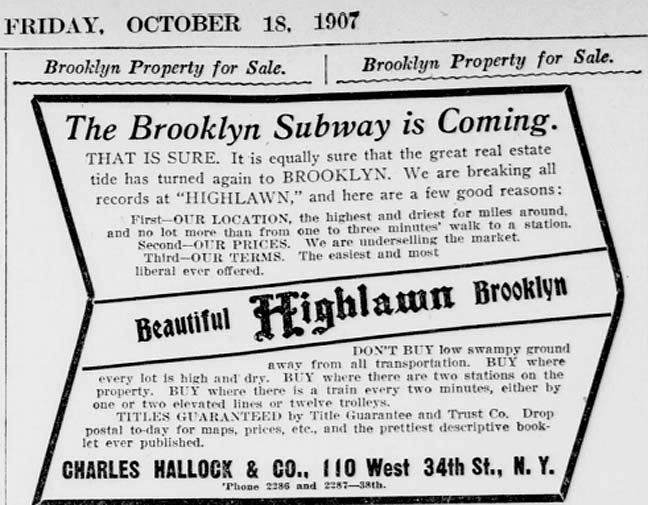 Highlawn was advertised in October 1907 newspapers, developed by Charles Hallock. 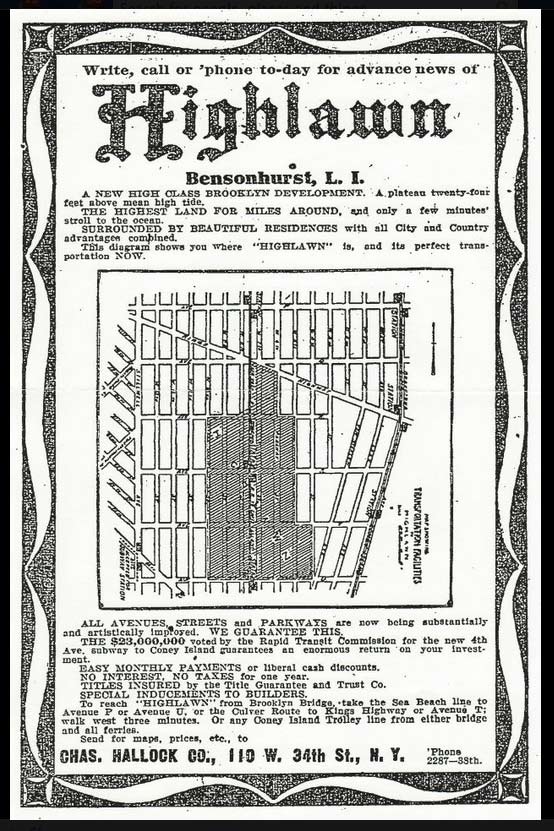 However: the development was on streets mostly south of Highlawn Avenue/Avenue R, between West 4th and 10th Streets. It got as far south as Avenue U. It’s advertised as being on high ground, away from the marshiness of South Brooklyn, thence the “high.” 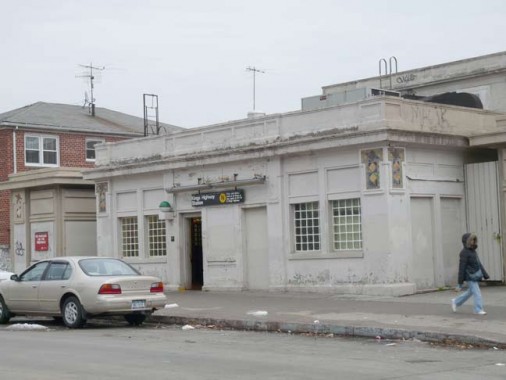 When the Sea Beach RR was placed in a trench and joined the BRT subway (later BMT) it was given a series of station houses. This one on Highlawn Avenue is the southern end of the Kings Highway station.

Thanks Joseph Ditta and Lisanne Anderson.

With the columns you pictured, it looks to me that the area was part of an estate that was broken up and sold to developers. I think the fountain might be the tip-off to that.

In Ronkonkoma there are plenty of examples of that having taken place in the past.

It’s possible that the Sea Beach RR, when it was a surface RR, did have those stops.

Interesting that you ask where the lawn is in “Highlawn”. I’ve always wondered where is the park in “Borough Park”

Those houses on the West side of W 9th street are identical to a row of house on the East side of E 15th street between Ave J & K.

Great very interesting I live on w 7 near Quinton

You can also find a row of similar houses in Kensington, one block only, on E. 4th Street between Albemarle and Caton.

There is a similar stone signpost at the intersection of Glenwood Rd. and Ocean Av. The Glenwood Rd. side says “Avenue G”. Most likely as a result of this, the USPS still lists the names “Avenue G” and “Avenue Q” in its 5-digit Zipcode directory. Also “E. 44th St” and “E. 47th St” for Troy and Schenectady Avs. respsectively.

The map in the Highlawn advertisement was not accurately drawn. Kings Highway is at the wrong angle. It should cross Avenue Q at W. 10th St, not between W. 7th and W. 8th Sts. It also includes 77th St, which does not exist there. It points Kings Highway towards 22nd Av. (Bay Pkwy) and 77th St, whereas it actually intersects it at 78th St.

Very interesting piece. Thank you for your efforts!! I grew up living at 110 Highlawn Ave between W9th and W10th. I’m currently living in Pa. The photos you have posted took me back to a very special place. Thank You! I hear the nieghborhood has changed greatly. What a shame. I try to explain growing up there to my boys but we are in different times. Many friends, families, lessons of life, many nights hanging on the corner of W 10th with the whole “gang” and of course the Love of my life. You had to live their to understand! Everyone looked out for one another, a rarity these days.
Thanks again, respectfully Joe Buzz!

My wife and lived were married in 1977 and were looking for a nice area with a good commute to Manhattan. I was from Flatbush and it was deteriorating at that time. We were looking in Bay Ridge and
Bensonhurst and saw an ad for an apartment at 109 Highlawn Ave, It was a huge 2 bedroom for $250 per month. We lived there until 1982. It was a nice area, very Italian at the time, safe with an easy commute on the N train.

Great piece here. I lived on west 9th from 1967 till 1983. I don’t think those fancy gateposts on west 11th looked that way 40 years ago, they looked more like the one on west 10th and apparently have been upgraded. Also, those fountains were not there 40 years ago, they must be a recent installation.

We moved to 80 highlawn avenue in 1940 – my dad was a famliy doctor and had his office there for about seven years before moving on to west 11th street. Last I was there was 1960!! How interesting for me to see these sites.

My family owned Bruno’s Coffee Shop on Highlawn between Stillwell and West 13th from around 1965 to 1975. I now live a couple of blocks away on the other side of Stillwell.

Wow I remembered that, it was around the block from PS 97

I grew up 195 Highlawn Ave 12 family apartment
building corner of W. 6th St. Attended SS&Jude and
PS215. I was born 87 Van Sicklen St and also lived on Lake St. Was just there Christmas week 2019 visiting my brother who lives in Marine Park off Ave U. So
many great memories which I miss the area so much.