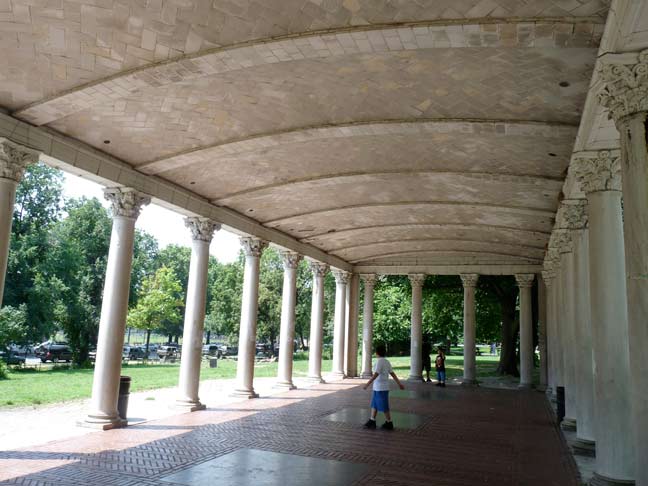 The Peristyle, also known as the Grecian Shelter, can be found on South Lake Drive, north of the newly-restored Parade Grounds. Though it looks, with its numerous Corinthian columns, as if it could have fit in in Greece in the classic era, it is actually a Renaissance-style structure built by McKim, Mead and White (the Penn station architects) in 1903. The Parade Grounds, which it faces, once actually featured parades, as well as military exhibitions.