I thought I’d seen them all.

The remaining Bishop Crooks from NYC’s golden era of castiron posts, 1915-1950, of course. Only about 12-25 of them remain — Bishop Crooks, Corvingtons, and Twinlamps from the period. Most of them were gradually purged away beginning in 1950, when the first aluminum octagonal posts were erected, followed by legions of slotted Donald Deskeys and then phalanxes of cylindrical-shafted stainless steel poles. Every year, it seems, another of them is taken out by an out of control cab or just plain rust.

But I hadn’t seen them all.

I still haven’t laid my peepers on the rusted Type 1 BC bishop crook on the west side of Riverside Drive between West 143rd and 144th Streets. But Bob Mulero, the King of New York City Lampposts has, and he supplied the photos seen here. 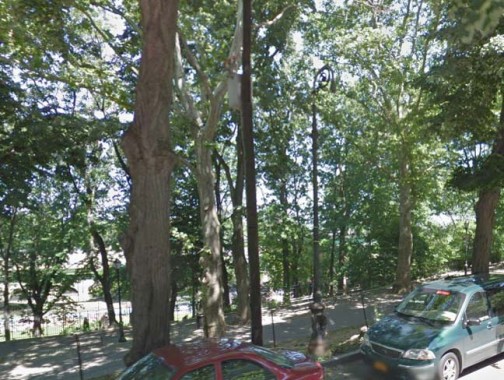 From spring through fall, it’s tough to discern among the heavy foliage on this part of the Drive. That may be how the ever-watchful Department of Transportation has missed it, too. 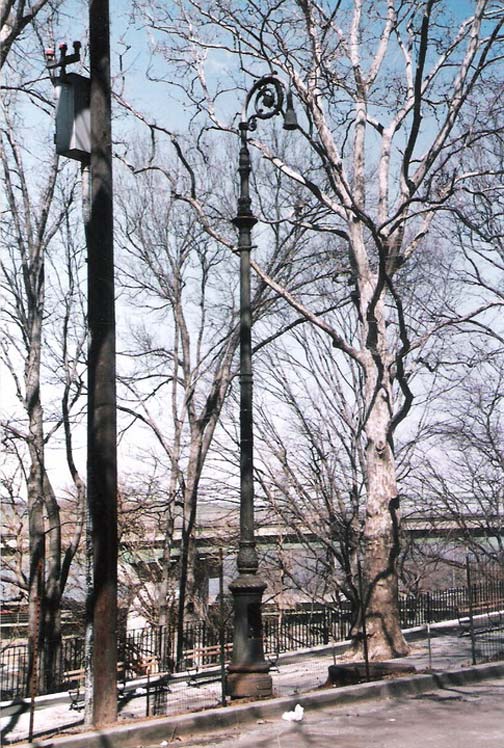 But in the winter months, it stands out for all to see. 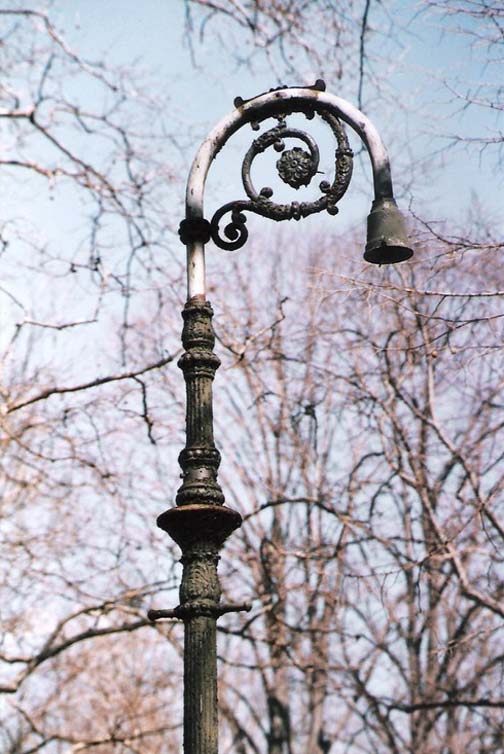 Type 1 BCs are among the oldest Bishop Crook designs. Their shafts are narrower than later models, they have garlands wrapping around the shafts, and “ladder rests” or hommages to the crossbars used by lamplighters on predecessor gaslamps. 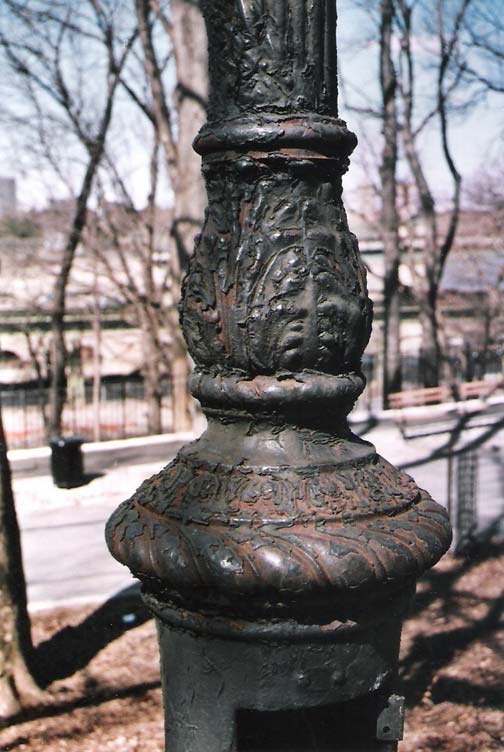 The bases and ornamentation are common to most extant Bishop Crook posts. 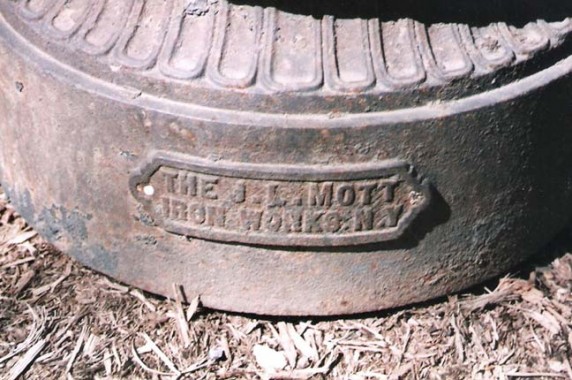 This one was forged in the now-vanished Jordan Mott Iron Works in Mott Haven in the South Bronx. 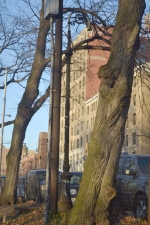 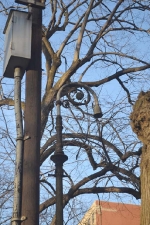 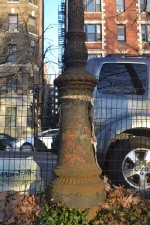 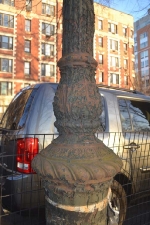 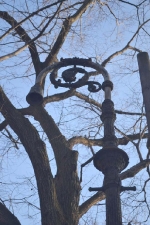 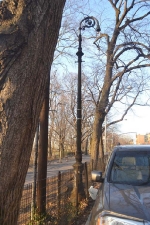 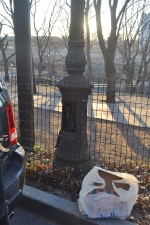 How long will this amazing relic of the dim past stand on Riverside Drive? Have I hastened its demolition by highlighting its location?

I can’t help myself, as Levi Stubbs once sang.

Donate it to the Museum of the city of NY.
On the double.

Notice that the three photocontrols and contactor enclosure are mounted on a wood pole. Very unusual for Manhattan.As a matter of fact ,I don’t recall ever seeing street lighting controllers mounted on wood poles like that in any borough.

I love seeing old ‘survivors’ like this, if but just to relish the beautiful detail that artisans of another day paid attention to, even in this rough condition. Time cannot diminish the charm and appreciationof this piece, and I hope the City just leaves it be to stand unsullied for future purists to enjoy.

Boy, does that need restoration and work. I think about the one that used to stand at Patchin Place during my childhood. It got knocked down, and now it’s retired, in the back of the Jefferson Market Library, behind a fence, safe and secure, while a replica stands guard over the corner….like the young sailor relieving the old Senior Chief Petty Officer at his retirement ceremony.