For those of you that are unaware, your webmaster’s (my) name is Kevin J. Walsh, J for Jude. ForgottenFan Ed Dineen sent me a photo of a regulation Department of Transportation street sign with my name on it, at the corner of Midland and North Railroad Avenues in Grant City, Staten Island.

This part of the island was settled before the Civil War, and after the war ended in 1865 the small town was renamed for General Ulysses S. Grant. Several other neighborhood streets also bear names connected to the war — Abraham Lincoln; his first Vice-President, Schuyler Colfax; John C. Frémont, the first Republican Party Presidential candidate; and journalism giant Horace Greeley.

Now, seemingly, I add my own name to the list. 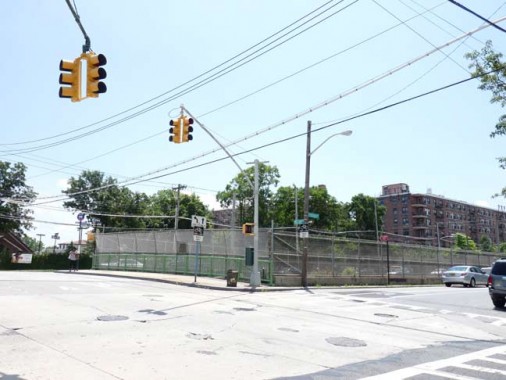 The corner where the sign was installed, North Railroad and Midland Avenues, is along the Staten Island Railway, originally Staten Island Rapid Transit, established in the mid-1800s. The arrangement with the open cut here is fairly new. Grade crossing elimination here came only in the mid-1960s. 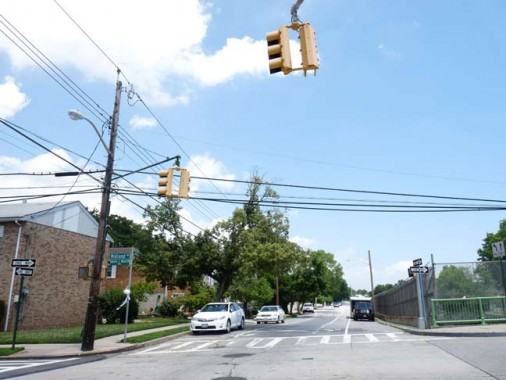 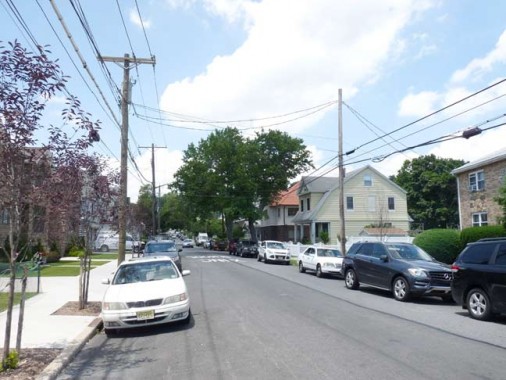 Midland Avenue is a pleasant tree-lined route through a middle-to-upper class area. Moravian Cemetery, which contains the burial vault of the famed Vanderbilt family, is about two blocks to the north, on the slope of Todt Hill. 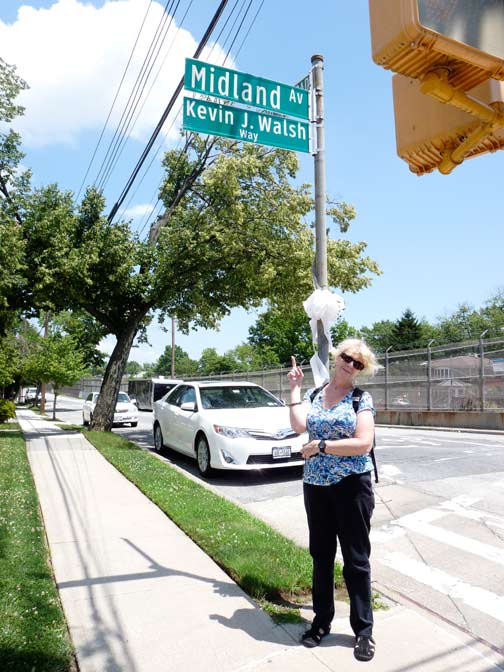 Mary Beth was surprised to see a street sign with your webmaster’s name on it. 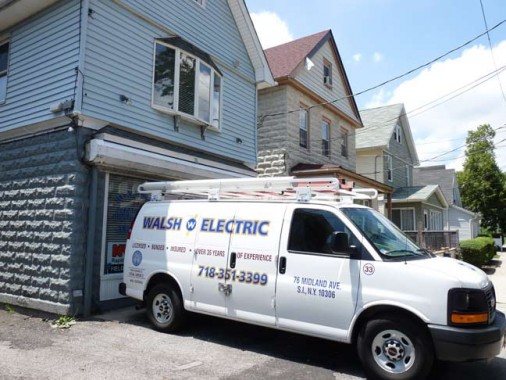 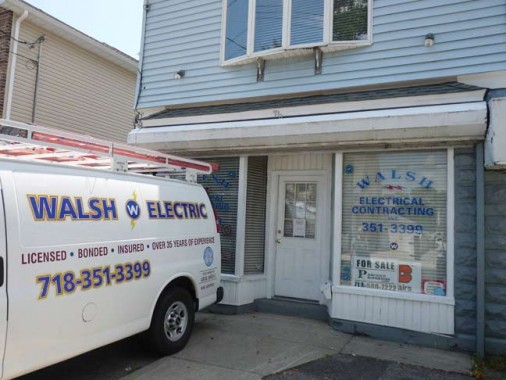 Of course, it’s not me. The name on the sign honors a local longtime owner of an electrical contracting firm located on Midland who was greatly admired for his local good works as well as involvement with churches, schools, and nonprofit organizations.

But who’s to know?

Kevin, you will always be a saint in my eyes. I read the post wondering what the punch line would be. Maybe the city can name one of those alleys for you.

Unfortunately, I’d have to kick first.

The Ed Koch Bridge was renamed while he was alive. I remain opposed to the renaming.

And as much as I loved RFK I don’t agree with that one either.

Nice going! Love your website. It’s nice to visit this site for strolls down memory lane. Born in Brooklyn, on SI for 20 yrs………….lots of history to review here!!!

Keep up the good work!
Steve

Until that last sentence, I actually thought that was for you, but I doubt you had any history on that block, though I didn’t mean to offend you by saying that.

Molinari has a ferry named after him and he is still alive. I vote that one of the next 3 ferries on order be named after you. A full sized one; not one of those mini ferries like the Austin.

The Marchi was named after John Marchi while he was stil alive.

I always knew you were a Staten Islander at heart! As they say in Italy, “Mazel Tov.”

FNY fans might be pleased to check your signed article, “The Evaporation of Worlds,” in the September issue if Analog. Some might be surprised to see that you are an associate prof of Earth Sciences at the University of Melbourne!

The commute from Tottenville to Melbourne must be a drag!

Actually Walsh Ct. just south of Foster and between McDonald Ave & Ocean Pkwy in Brooklyn was named after you. When you think of Washington, you know it’s George, Lincoln is Abe and Walsh is definitely Kevin J.