In August 2013, a modest Coney Island landmark bit the dust. The iron pedestrian bridge that had connected the West 8th Street elevated train station to the Coney Island Aquarium and boardwalk was removed, forcing pedestrians onto the tender mercies of fast and furious Surf Avenue traffic. Though the bridge boasted the same decor it had had for over 50 years (and of course I remember its davit-style lampposts, that used to hold “gumball” luminaires with incandescent bulbs) that was a sign in and of itself that maintenance had been deferred so far that the bridge was no longer safe. 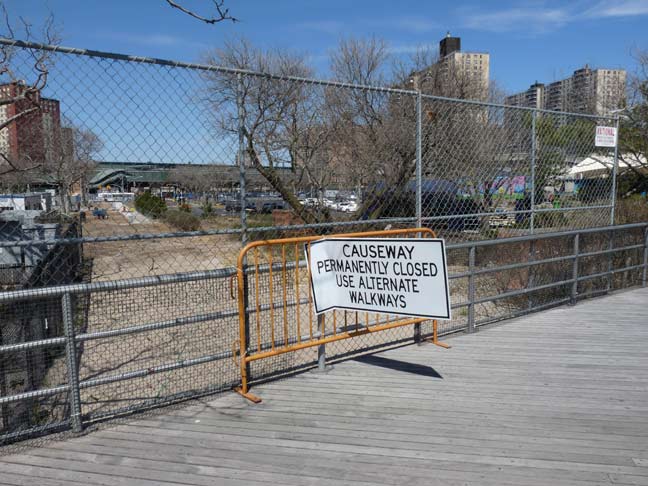 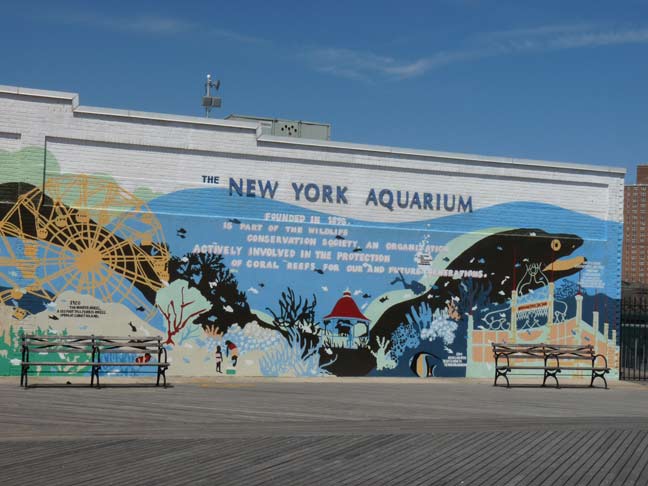 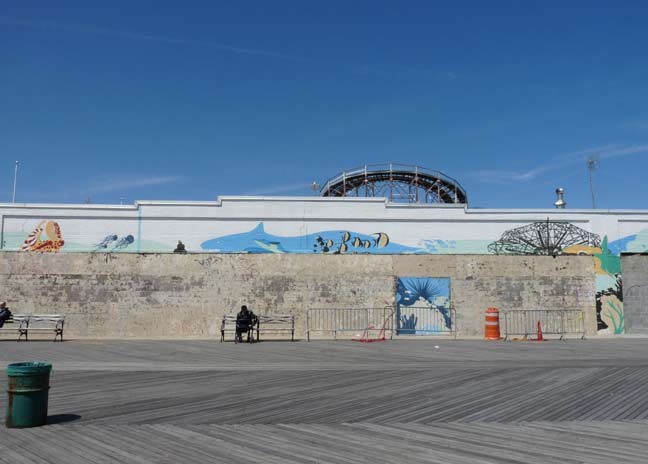 In other news, much of the colorful and informative mural on the Aquarium boardwalk side has been ripped out. This, in an era when most of Coney’s rough edges have been smoothed over. Hopefully the Aquarium has something in mind to replace the mural.

LEXINGTON AVENUE in the 80s

A shame about the bridge. That parking meter in the foreground should go with it.
The revenue from that meter over 50 years could have kept that bridge in tip-top shape.

I agree, however, as the late great UK PM Lady Thatcher said: “The trouble with socialism is that sooner or later you run out of other people’s money”. In NY’s case, the state is seeing those “other people” run out on it (you & I would be two examples).

Grostesque modern “architecture” which helped to make once-glorious and prosperous Coney Island into a slum, is now replaced by…nothing. Funny- they keep spending more of OUR money…yet every decade, we end up with less infrastructure than the one before (e.g.e els; trolley cars; real organic communities; rights and privacy…)

Isn’t it about time that we stopped letting them take OUR wealth, and started using it ourselves, so that we may actually get some benefit from it?

I love this website…but sadly, I don’t visit it much anymore, as it makes me sick to see what NY has become. (Just glad I got out and 1000 miles away 13 years ago!)

This over pass would be prime viewing location for the mermaid parade but it was always evacuated before the parade started. Prob unsafe.