I was wavering down Dean Street in December 2011 when I noticed its rock collection.

For an unknown reason, at least to me, large boulders can be found on the sidewalks on both sides of the street between Grand and Franklin Avenues. There’s no question in my mind that someone, sometime in the past, used a forklift or some other implement to place them there. Dome are painted with American or Puerto Rican flags, while some are still in the same color nature gave them. My wild guess is that parking was supposedly to be prevented in spots next to the rocks, but I have no idea why. 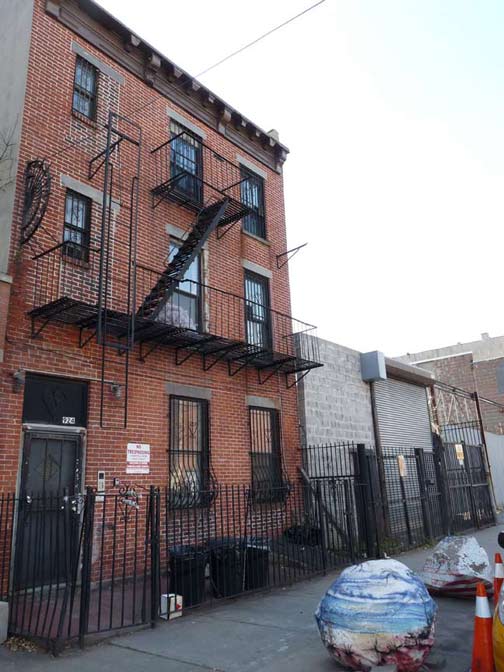 924 Dean between Grand and Classon, a pair of planted rocks. 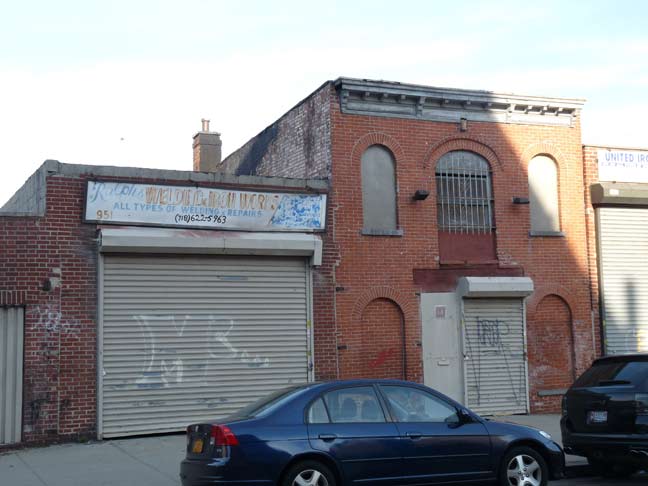 Along the way it was impossible not to notice some very old brick buildings and painted signage at #951 Dean. 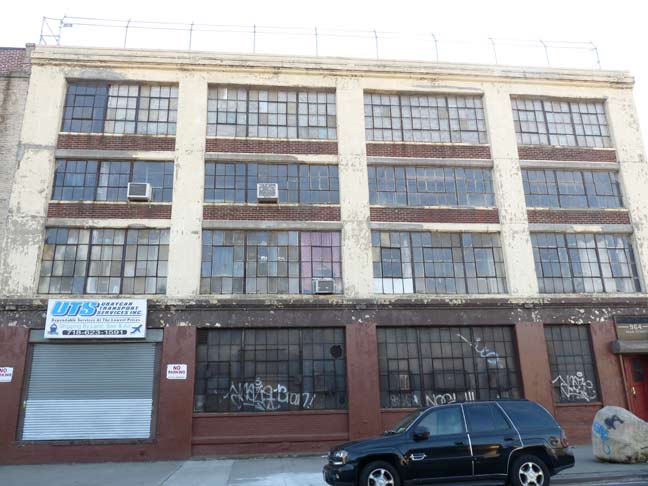 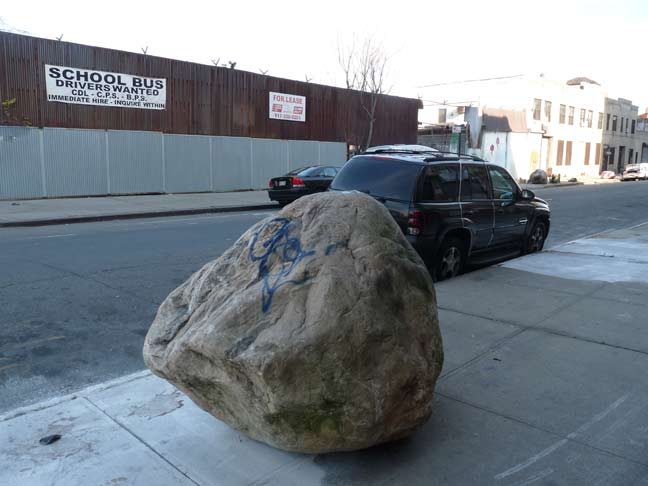 #964 Dean, a grand old warhorse of a warehouse, has its own pet rock. 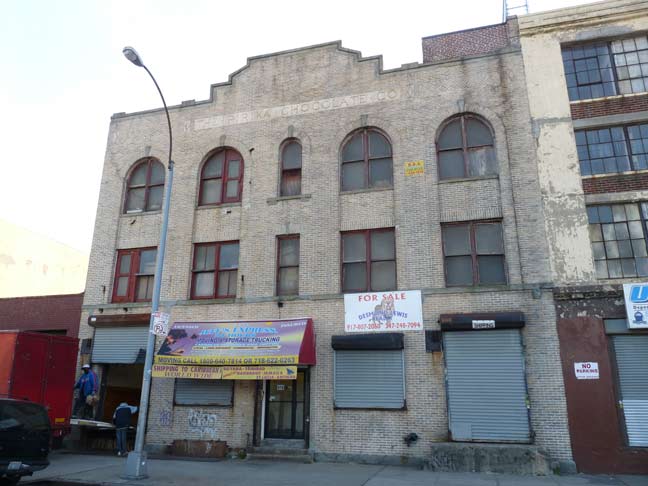 Next door is the former home of the Pirika Chocolate Company.

The Pirika Chocolate Company opened this first factory, their headquarters, in 1895. They are listed at this location in the 1916 Brooklyn EagleDirectory. This building is on the list of factories designed by Theobald M. Englehardt, one of Brooklyn’s busiest architects, mostly active in the Williamsburg/Bushwick area, where he grew up, the son of German immigrants. Englehardt designed homes and factories for many of the area’s largest brewmeisters and employers. In 1919, the NY Times told of candy manufacturers preparing for boom times due to the upcoming Prohibition laws being enacted… Unfortunately, candy was no substitute for alcohol, and the Pirika company failed in 1925, going into bankruptcy, owing over $500,000, a very large amount for the time.  Montrose Morris in Brownstoner

More on Pirika from the Indispensable Walter Grutchfield. 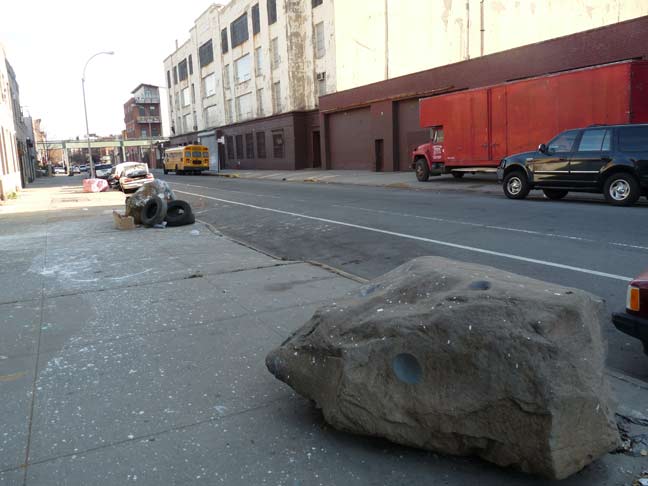 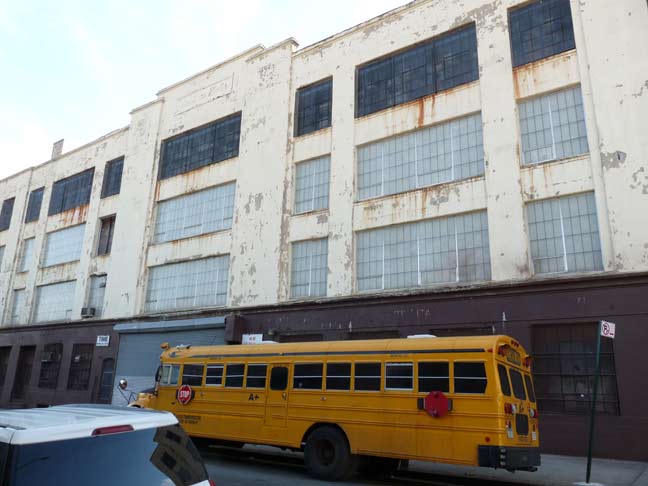 Another rock faces the old Pirika factory. In the background up the street is a former Studebaker service station at #1000 Dean Street. In the past year it has been converted by the Brooklyn Flea’s Jonathan Butler into workspaces and offices, as well as restoring the Studebaker logo on the pediment. 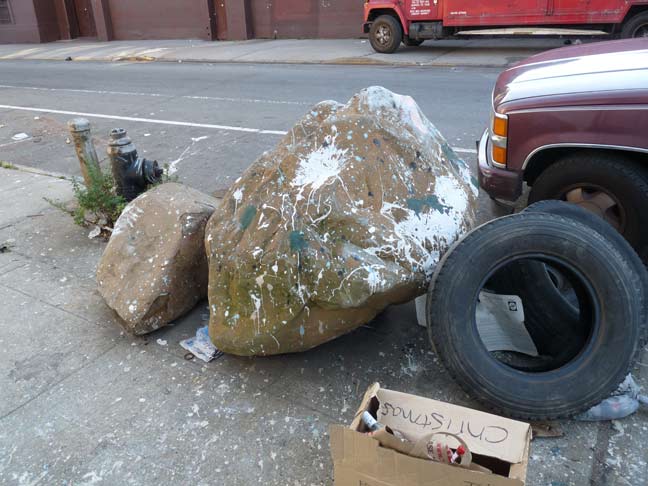 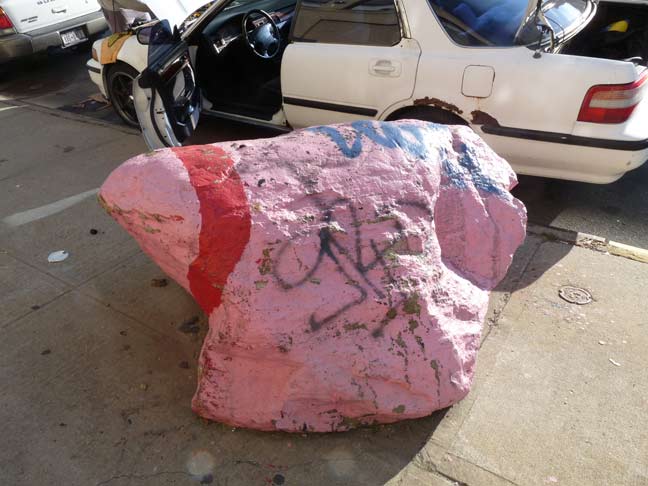 Festive rock on Dean Street between Classon and Franklin Avenues 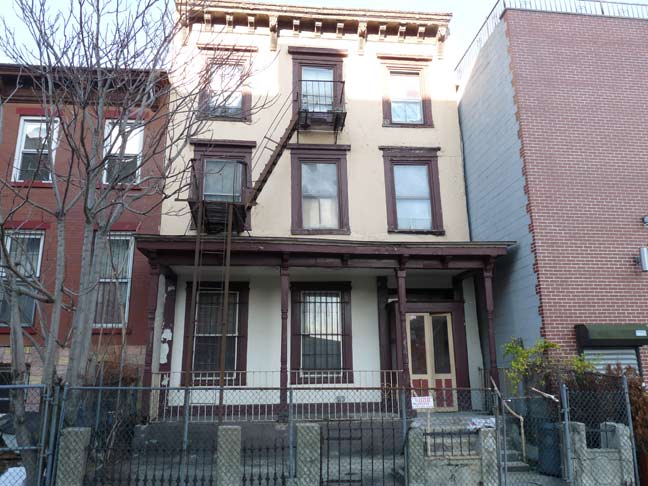 1005 Dean Street, the only porched dwelling in this stretch. 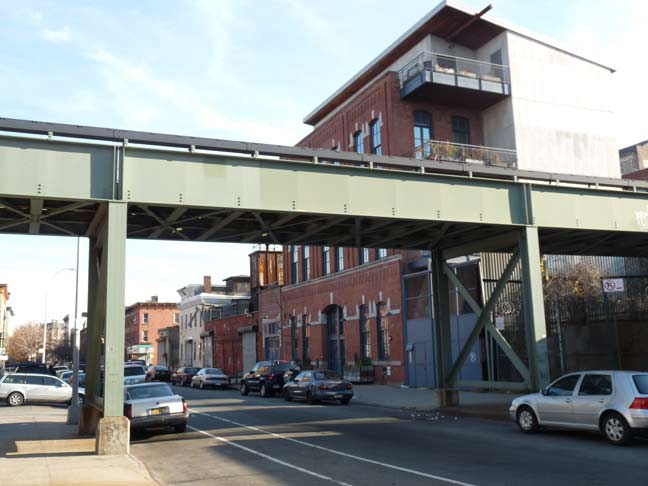 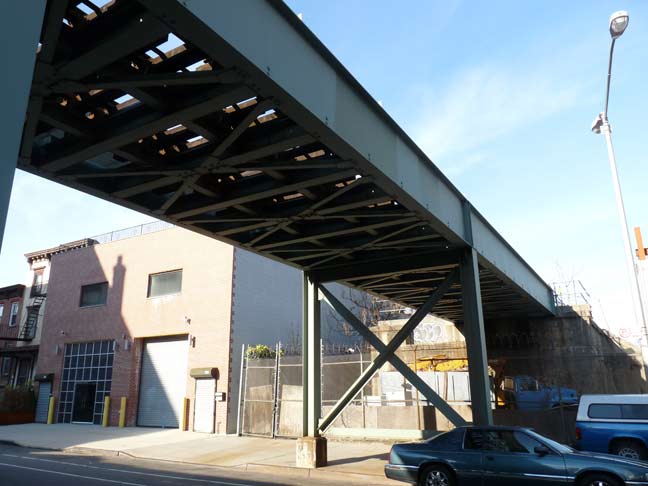 The Franklin Avenue Shuttle, once targeted for destruction after decades of deterioration, was instead restored to functionality by the MTA by the early 2000s. One of the casualties, though, was the Dean Street station, which until the end still had wooden platforms.

So… can anyone explain the rocks?

The ROCKS are nothing but an eye soar! The rocks allow for illegal dumping (as pictured) and rodents. There are businesses on Dean Street that are paying high rents to conduct business here and these rocks serve no purpose. We are in the process of contacting Sanitation to have them removed! .

I’ve always liked the rocks. They don’t promote illegal dumping, which is endemic to the neighborhood not the rocks. And they’re clearly loved by the people who decorate them. I’d say they’re the small boulders one often uncovers with dismay when excavating the cellars of buildings in Brooklyn. These were left here by retreating glaciers after the last ice age, and they’re extremely heavy. Since cellar excavation is usually done by hand, the lack of heavy equipment makes it nearly impossible to move these boulders any distance. Instead, these were dispersed to the nearest clear space–the sidewalk–where they’ve become street furniture. Good luck getting the Dept. of Sanitation to move them. Ha!