Remember video stores, record shops, beeper outlets, shoe repair shops and ice cream/ fountain soda stands? These types of businesses once were ubiquitous in NYC. However, due to changes in technology and consumer demand, these types of businesses could no longer be supported. Rubel Coal & Ice Corp. was no different. In its heyday, Rubel was very prosperous because coal and ice were two commodities that were in great demand. The company erected its headquarters on the NE corner of Fulton Street and Waverly Avenue in Brooklyn, with facilities strategically placed around the city. 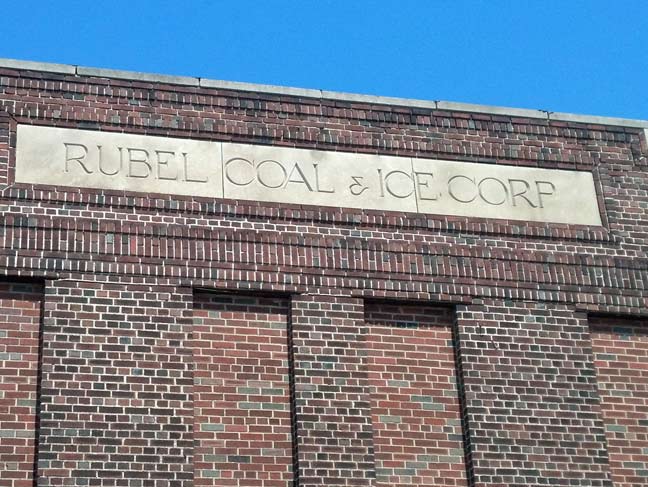 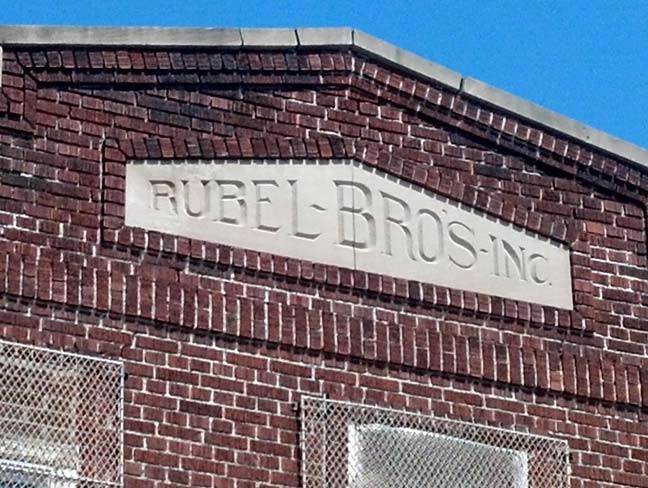 Due to environmental concerns, coal has been virtually replaced with natural gas and oil in NYC.  Coal and oil was used to heat commercial properties, schools and homes.  On a personal note, my home in its existence, built around 1905,  has been heated with three types of fuel over the years.  In proper order it was coal, oil and natural gas.  In fact, the coal chute still exists today.  How many FNY fans remember getting coal deliveries to their homes or schools  that slid down a chute from a dirty truck into the basement? 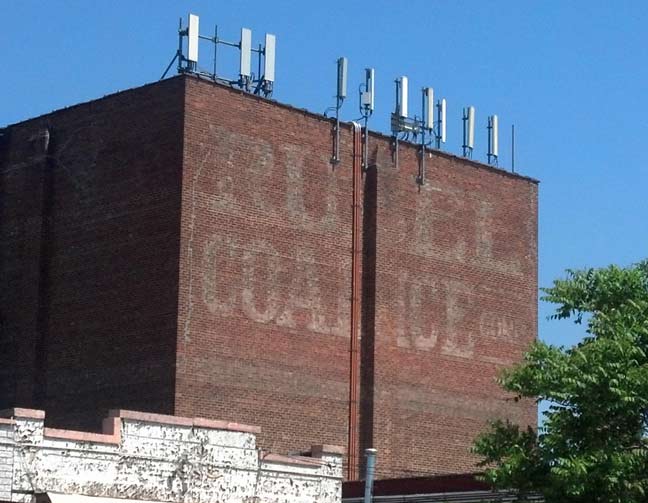 Ice was another matter that contributed to the company’s dwindling sales.  People kept food cold by purchasing blocks of ice to put in heavily insulated wooden iceboxes.  In some of the larger brownstones in Bedford-Stuyvesant, Brooklyn, ice was delivered through a small door that was actually the rear of the wall-installed icebox.  This made it possible that an ice delivery person did not have to enter the home!  Mechanical refrigeration rendered iceboxes functionally obsolete in a relatively short time.  No longer would a person have to get an ice delivery and/or worry about the dripping water that the melting ice produced.  And it didn’t help the ice business that large retailers such as Rex Cole were bombarding NYC with ads that promoted this new -fangled technology. Fortunately many of those Rex Cole signs are still around.
The company was started by Samuel Rubel (1881-1949), who sold ice and coal from a horse drawn wagon in the East New York section of Brooklyn.  As the coal and ice business floundered, he invested in the Ebling Brewery of the Bronx.  He was said to be worth $8,000,000 at the time of his death – quite a considerable sum for that era.
6/6/14
BrooklynClinton HillEast New YorkJamaicaQueens
10 comments
FacebookTwitterPinterestLinkedinEmail
previous post

My son laughs and thinks I’m joking when I tell him how my grandmother would send us kids down to the basement with a bucket to bring up coal for the coal stove in her kitchen. She lived in a walk-up in Bushwick, Brooklyn. This was in the 1950’s.

” How many FNY fans remember getting coal deliveries to their homes or schools that slid down a chute from a dirty truck into the basement?” I do. They rolled the coal barrels across the front yard and emptied them down a chute into the coal bin in the cellar. And, I remember the iceman lugging blocks of ice up three stories for our icebox in the late 40’s!

The public elementary school I went to in Brooklyn (1971-1978) was heated by coal. I remember that early on, in kindergarten or 1st grade, classes went down one by one to tour the boiler room. I remember a lot of red paint and yellow lines on the floor lining a path that we had to stay in…and that it was hot…very, very hot. ;o)

i am looking for anything on Rubel in Bushwick near ridgwood border.

old question but….there was an address for the company at 915 cypress avenue Ridgewood.

I remember PS 79 in Whitestone being heated by coal at least while i was there until 1974. Coal in and ashes out via sidewalk hatches and chutes on I think the 15th Road side of the building.

A special treat: Being asked by a teacher to clean out the erasers by going down to the basement where there was a special wall-mounted vacuum contraption (basically a bathroom hand-dryer in reverse) which you would clap the erasers together under.

Why was this special (besides getting to leave class)? Because you’d get to go to or through the furnace room and chat with the guys who had to work in that heat and coal dust all day. They always seemed like slightly shady characters (perhaps the layers of soot on them) which added to the adventure.

It ain’t just New York. Decades ago, growing up in Greensboro, NC, and living in the apartment side of what here we call a 2-family building, I remember the coal being dropped into a chute. My father had to feed the heating unit with the coal. Maybe we got a rent price break for that. Also had an “ice box” for a fridge. Later we were upgraded to a real fridge with the circular thing on top.

Also remember the woman next door wringing chickens by their necks and they would run in a few circles before they would die.

Hell, I am really old, not just getting there.

If you were not awake when the coal truck came up the block…you soon would be!
My block still had a few houses left burning coal. The others were switching to oil, as was ours.
When we were upstate N.Y., we burned coal/wood in the furnace & kitchen stove.
That kitchen oven had one temperature, Hot! Basement also contained a “pot-belly”
stove for hot water. Do not not miss chopping wood, (or loading coal) but upstate N.Y. is another story,
especially when you were a kid from the city.

Public school and apartment buildings in Stratton Park section of the Bronx (west of Parkchester) used coal into the 1980s. The ash and cinders made great material for getting out of ice and snow-especially with the rear wheel drive cars still common then.