I’ve been photographing old neon signs around town for over 15 years, but until now, I haven’t paid attention to the manufacturer, and as often as not, the manufacturer name is inscribed on the sign, such as Globe Neon on the neon restaurant sign at the Campanile Restaurant on East 29th near Madison Avenue. I’ll be looking at the signs even more closely from here on. 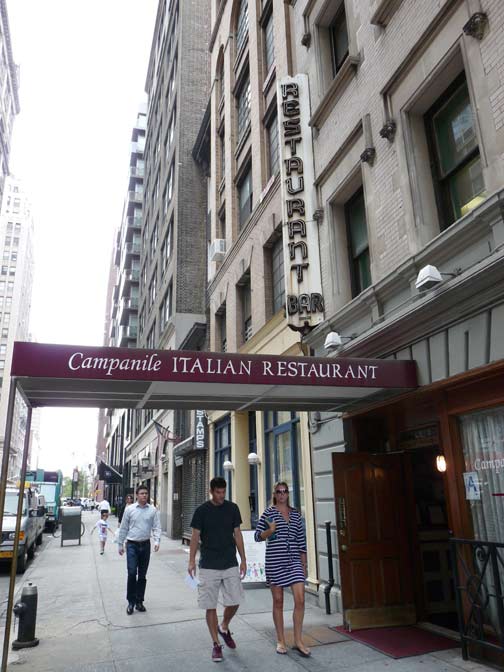 Globe, according to New York Neon, had been in business by 1930 and had several shops in Manhattan and the Bronx. Probably its most notable extant sign is the one at the Carnegie Deli at 7th Avenue and West 55th Street.