There’s been an added emphasis this summer on one of the very first things I ever examined for Forgotten NY when I began this thing in 1999 — the locked door at the west end of the north Times Square Shuttle platform, with the mysterious word “Knickerbocker” emossed over it. This, of course, was a direct connection from the old Knickerbocker Hotel to what was, when the platform was opened in 1904, the Times Square subway station… it was demoted to “shuttle” when additional lines were opened by 1918 and a shuttle was created between the 7th Ave and Lexington Ave. lines.

In the summer of 2014, the New York Times did an excellent story on this mysterious passageway’s lore and legend, including a coveted glimpse of what’s behind the door. 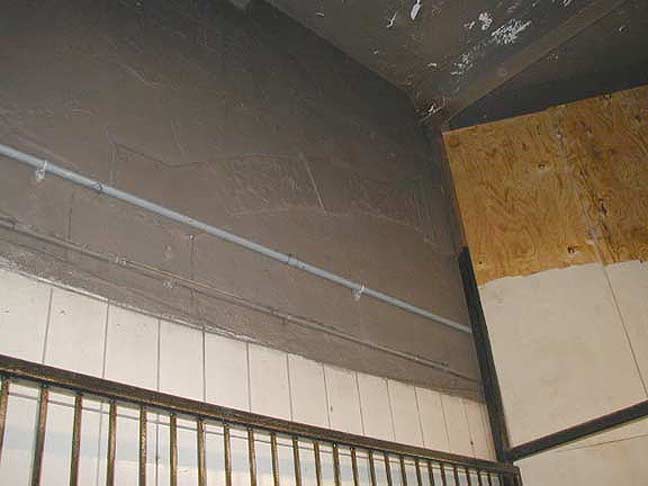 Speaking of the Times, there’s another old doorway on the shuttle platform that gets quite a bit less publicity. Walk to the other end of the platform from the Knickerbocker door and look toward the ceiling, where you will see the faint outline of an archway.

This door led directly to the New York Times Tower (the one now covered in billboards and ringed by the famous “zipper”). The New York Times’ press room was directly below the station and the newspaper noted in 1905 that “it is possible in the early morning hours to load the successive editions on subway cars for the most rapid general distribution” although the paper would remain in the Times Tower for only 8 years.

Soon after, the entrance was bricked up, although the remains of an archway above the door are still evident.

This was probably a direct connection to the historic Knickerbocker Hotel on the southeast corner of Broadway and 42nd Street.

Just returned from vacation in Big Bear Lake, CA. Stayed at a lodge that was at an intersects with Knickerbocker St. We were very surprised to find a name associated with NYC at 7000 ft. above sea level in rural California.