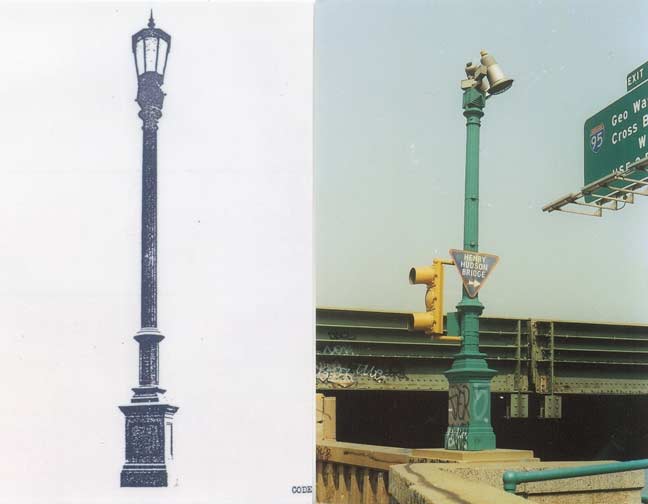 NYC Lamppost King Bob Mulero passes along a look at Special Post Code 346, which once graced a Major Deegan Expressway ramp. On the left is how it appeared in a 1934 catalog listing. By 1985 it had accumulated warning signals, a pair of spotlights and a triangle arrowhead expressway marker. It had lost its original lamp long ago. This post has now completely disappeared.

NYC once had dozens of separate lamppost designs mounted on overpass railings, but most overpasses now have none at all, with regulation straight-mast posts mounted on fences or sidewalks.

Isn’t that the Henry Hudson Parkway, rather than the Deegan?

Is it just me, or does the one in the picture from the 1934 catalog look like the post comes with graffiti already on it?