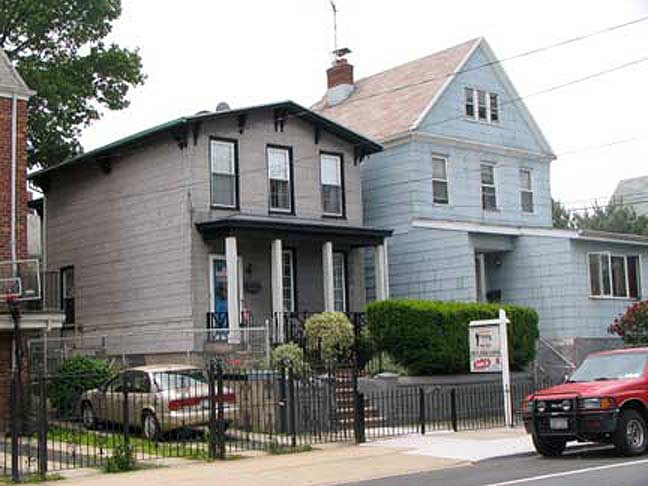 There are a lot of historical gems hidden in Woodside, some of them hidden behind layers of modern aluminum siding — but some of them look pretty much the same as when they were built.

This two-story peaked-roof house was constructed at 54-04 39th Avenue in about 1872, when the road was still known as Riker Avenue. Warren H. Lamson purchased the property from John A. Kelly’s heirs in 1871 (Kelly, a local journalist, published articles under the banner “Letters from Woodside”; the neighborhood was still heavily wooded in the mid-1800s).

Lamson, born in Boston, became the first teacher in Woodside’s first public school and also taught classes in his home on Riker Avenue.

When this photo was taken a couple of years ago, the house was for sale. Fortunately the new owners have not torn it down, as happens so often these days.

Info: the invaluable Woodside: A Historical Perspective 1652-1994 by Catherine Gregory.

At last, a novel about growing up in & away from Woodside. A great read.