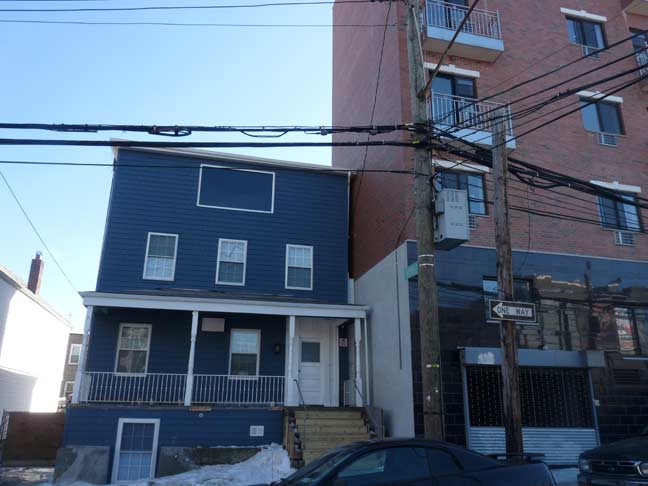 Time hasn’t been kind to the tiny building once known as Shaw’s Hotel on 64th Street north of Woodside Avenue, hard by the Long Island Rail Road main branch. A couple of years ago, a huge condominium was constructed just inches away from it on the corner of the two cross streets. In recent months, though, the owner has made several upgrades, the most notable being a large picture window on the 2nd floor that looks out onto the LIRR/Roosevelt Avenue El transit complex. 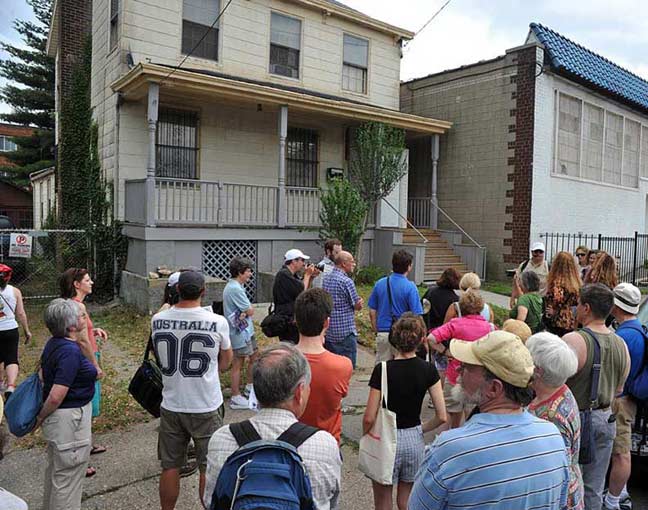 The building has seen much, including a ForgottenTour in Woodside in June of 2010.

It originally was owned and operated by Woodside innkeeper Benjamin Shaw at what was then the confluence of Woodside Avenue, an old road going back to the colonial era and before, and the vanished Trains Meadow Road, once the only diagonal road through what is now Jackson Heights. In 1842, Shaw was awarded a large tract formerly belonging to the Palmer family by an auction ordered by a court action: the parcel was about 50 acres in size. Shaw built three houses on his land, the present one seen here the survivor to the present day.

After Shaw’s death in 1856 the land was further subdivided and auctioned to highest bidders. Eventualy, by the early 20th Century, streets were mapped out and built, and memories of Trains Meadow Road and Benjamin Shaw and his hotel slipped from memory.

Except for Catherine Gregory, whose indispensable Woodside: A Historical Perspective 1652-1994 was consulted for this little piece.

>> the owner has made several upgrades, the most notable being a large picture window on the 2nd floor

It looks like that window is on a third floor, and that the whole floor wasn’t there in the earlier picture.