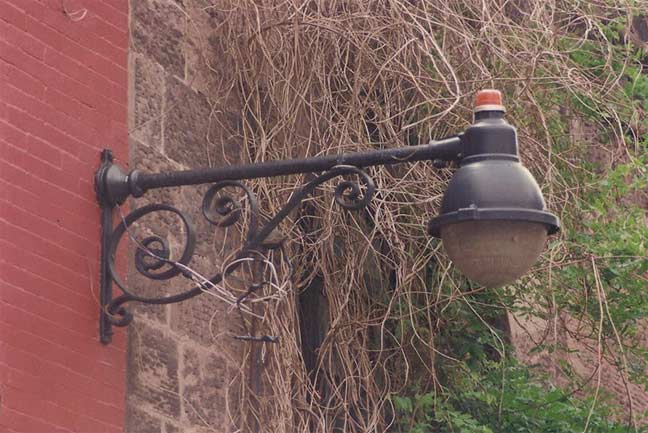 Grace Court and Grace Court Alley are twin dead-ends issuing from Hicks Street between Remsen and Joralemon Streets in Brooklyn Heights. Grace Court Alley, like Hunt’s Lane a block away on Henry Street, is a former stable mews where horses were sheltered. All of those former stables have long been comverted into residences, and expensive ones at that.

Both short lanes are lined with lamps on scrolled masts attached to walls. This one shows a Grace Court Alley mastarm holding a Westinghouse AK-10 “cuplight” luminaire that likely held an incandescent bulb. It was replaced around 2000 with a much brighter sodium luminaire.