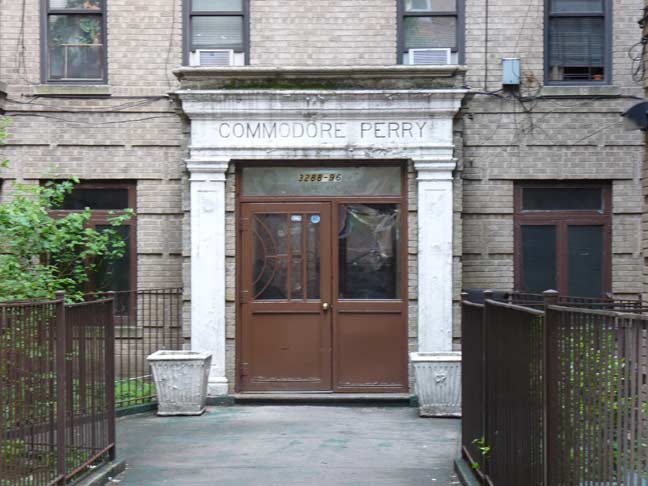 Parallel avenues, Decatur, Hull and Bainbridge, are also named for War of 1812 figures; the US Constitution‘s commanders at various times were  William Bainbridge and Commodore Isaac Hull. Commodore Stephen Decatur was involved as a naval commander in several of America’s conflicts in the early 19th Century.

The Commodore Perry, 3288 Perry Avenue, is one of a number of apartment buildings in Norwood, Bronx, the Borough of Apartment Buildings.

ST. GEORGE to TOMPKINSVILLE to PARK HILL to STAPLETON, Part 3

What in heaven’s name inspired anybody to memorialize the Naval War of 1812 in the north-central reaches of The Bronx? Norwood was not a major theater of that war!

I know there’s no answer. But, as an ancient but long-exiled Woodlawn denizen, the question bugs me.

The Bronx has groups of streets named for war heroes, but also printers and mayors