The Bronx is an urban explorer’s dream. Its mix of colliding street grids results in oddly-angled buildings and alleys. Its challenging topography means that this borough has more stepped streets than any other. Unlike the other boroughs, Bronx was annexed to New York City in a piecemeal fashion from west to east.

At the edge of Morrisania less than a block to the west of Grand Concourse at East 164th Street is a curving alley abutting All Hallows High School. 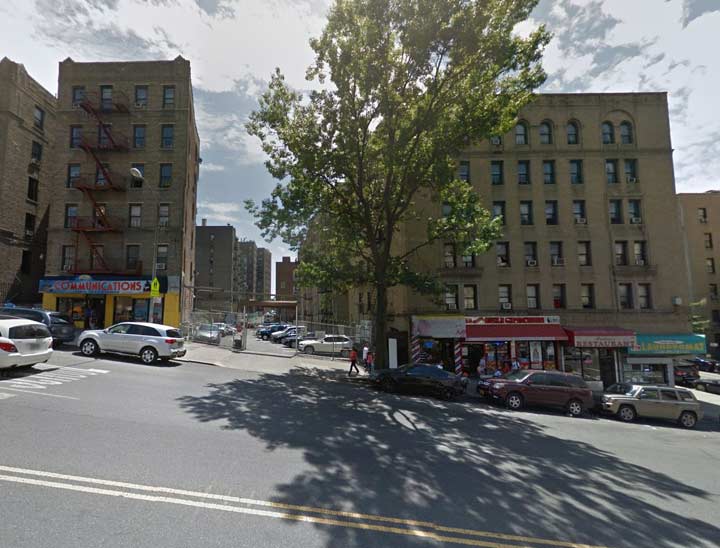 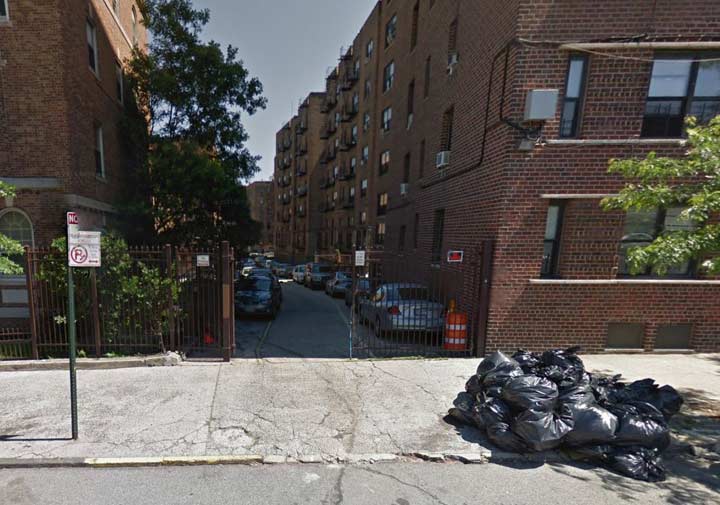 In the Concourse neighborhood less than a block to the west of Grand Concourse at East 164th Street is a curving alley abutting All Hallows High School. 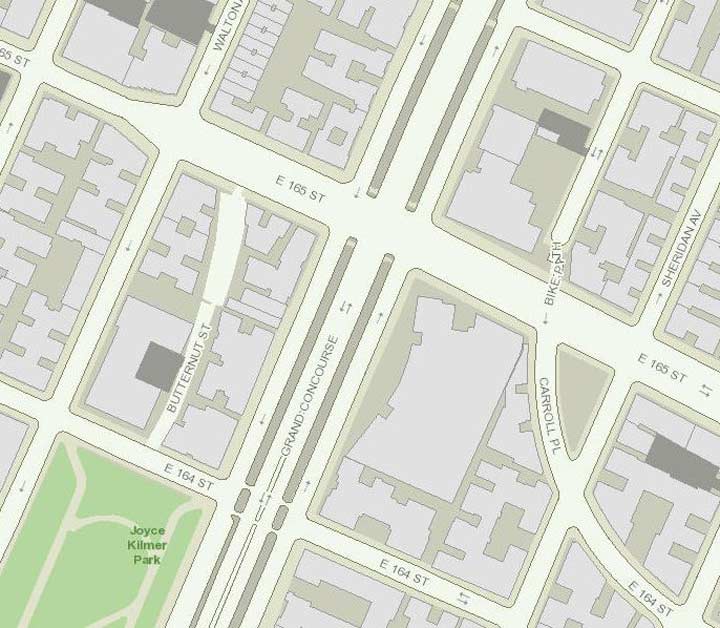 On the official city map, this privately-owned roadway is labeled Butternut Street. The butternut, Juglans cinerea to botanists, is a common tree in eastern United States. Looking at the 1873 and 1924 atlases of the neighborhood, we see that Walton Avenue used to take a more winding path across the hilly landscape.  Butternut Street is the last remnant of Walton Street’s old path. 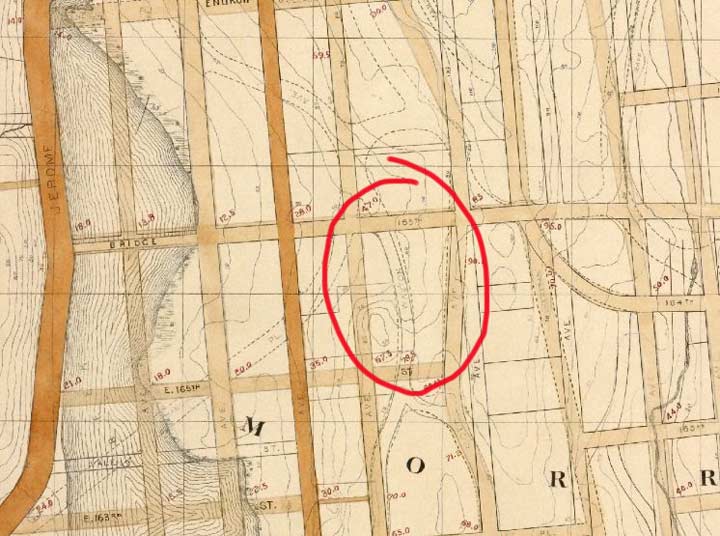 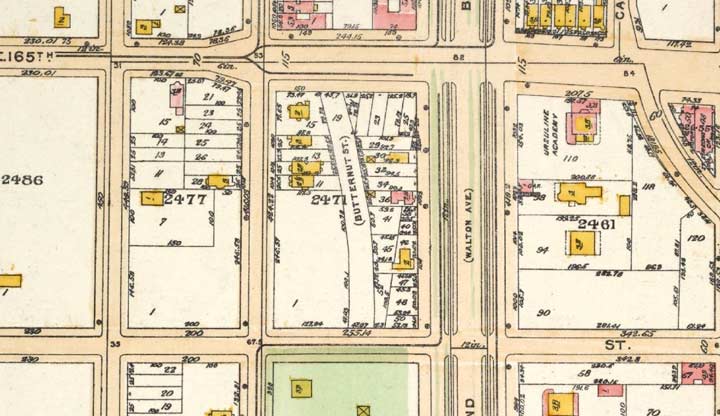 To the south of Butternut Street is Joyce Kilmer Park, one of the older parks in the borough.

Historian John McNamara, in History in Asphalt, says that Butternut Street was listed in 1872 running approx. 4 blocks, parallel to the Concourse from East 162nd north to East 166th. (today only the portion between East 164th and 165th remains as a service alley).

Never even heard of it! Love this. Thanks!

This is a new one for me too.

My guess is that we don’t see this alley on maps much because it was probably removed when it became a place for parking, though I don’t know if it was always a caged alley or not.

Rode bike through that neighborhood dozens of times as far back as the late 80’s and never noticed it. I’m ashamed.

I guess the school teachers use it for parking their cars.

FWIW it’s still listed on the official NYC map. maps.nyc.gov I’m guessing no one could dare de-map a street with such a great name.