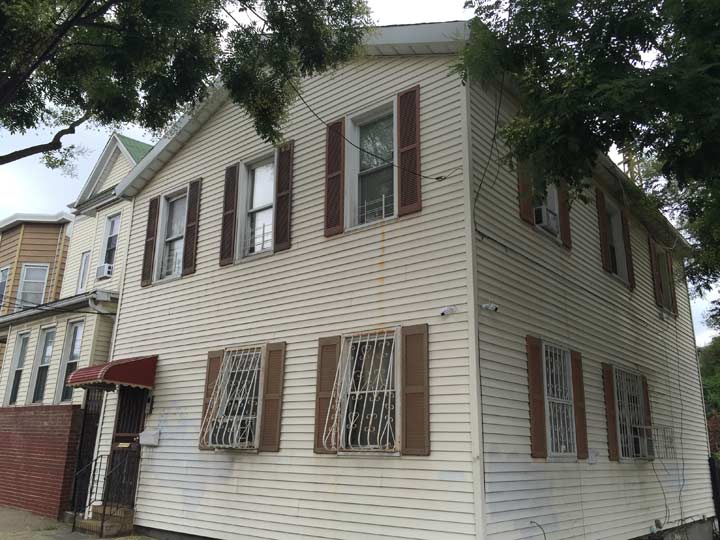 The residents of this small house on the northwest corner of 39th Avenue and 57th Street in Woodside probably don’t know it but they’re living in one of the former hotspots in Woodside. In the 1880s the house was known as Berry’s Hotel; Jake Berry was the former owner of Manhattan’s Columbia Opera House, and staked out some territory in what was then an up and coming area in Queens.

An ad in the Newtown Register for May 1, 1882, Berry advertised it for lease:

Berry’s Hotel, Woodside,  Long Island, Queens County, being the only first-class house in the place; the Hotel is situated on the best corner, near the depot, on Riker Avenue; it is the only Hotel that has fruit and shade trees. Or will let the whole square, and will make the place into a park or grove, and build, if desired, a theatre, ballroom, ten-pin alley, billiard-hall, and shooting gallery. Or will let it for hardware, dry goods, grocery, or liquor store. None but responsible parties need apply…

Berry operated it as a hotel until 1900, whereupon it spent several years in mixed use; St. Sebastian’s Church used it as a band practice hall, and the local Democratic club hosted events there. Eventually it was converted to residential use and the present siding was added, masking its old use as a community center.

Love this site , my grand children are the 5th. generation living in the same house on 57th. St. between 39th. & Woodside Ave. I was told that the house at one time was called the doll house and I have a deed dated April 16, 1891 , from Mary M Howell & C Tappan Howell to George Balfour.