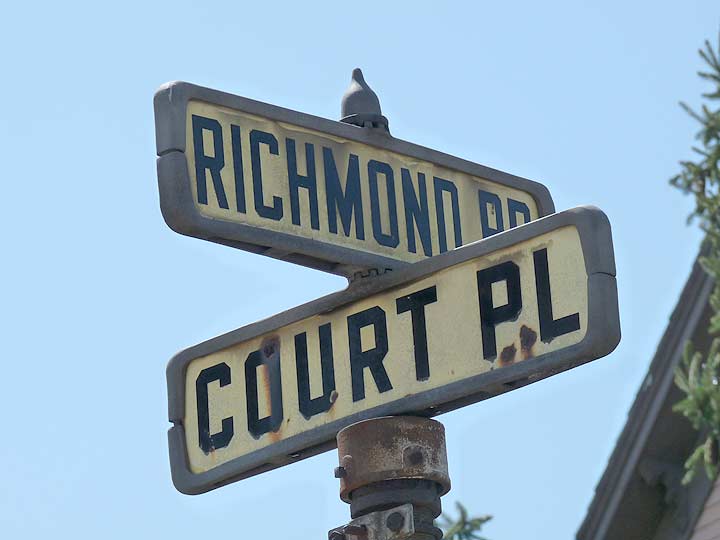 On my bus trips in Staten Island as a  kid in the early 1960s, I paid close attention to signage, lampposts, lamp fixtures, stoplights, and other things that 5-to-8-year-old boys of sound mind and healthy habits pay absoluteley no attention to. Before the mid-1960s, the favored variety of street signage in Staten Island consisted of small enamel signs, mounted in metal frames, that were on standalone poles or mounted on telephone poles. These were considered sufficient for the sparse traffic on the island before the Verrazano-Narrows Bridge was built in 1964.

After that, larger vinyl and metal signs in the same colors of yellow and black appeared, which gave way to green and white signs in the 1980s. 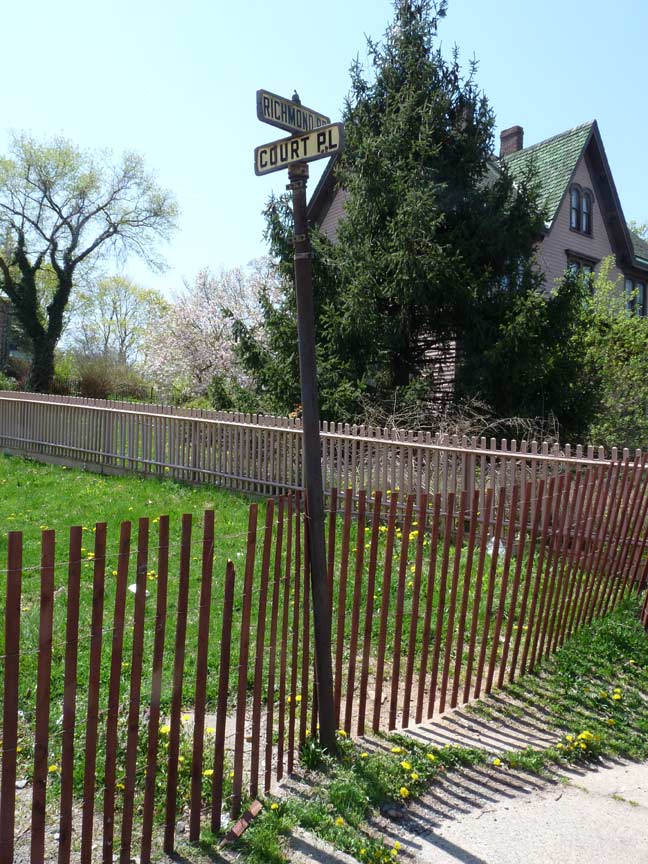 This sign appears on the grounds of Richmondtown Restoration, where a group of 17th, 18th and 19th Century buildings have been brought from other neighborhoods around the island and restored. This sign likely has been retained because it’s on the museum grounds, but a similar sign at Arthur Kill Road and Center Street disappeared several years ago.

When I first began exploring Staten Island for FNY in 1998, I found a few rusted versions of these signs, but to my knowledge only one other one on private property in Oakwood is still standing.