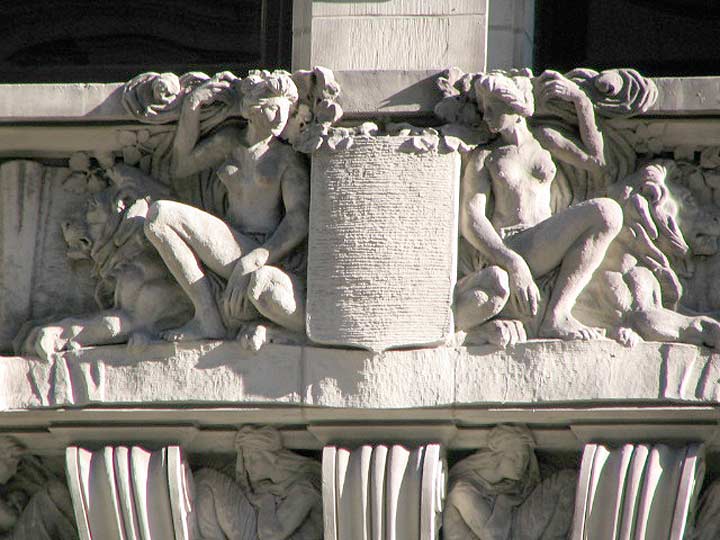 Doctor Thomas Addis Emmet was quite a man of letters in the late 19th and early 20th Century — a gynecologist by trade, he was a book collector and a vehement critic of English rule in Ireland and a relative of NYS Attorney General Thomas Addis Emmet, an Irish immigrant who had been involved in revolutionary activity there.  In 1912, lower Madison Avenue was in transition since the Metropolitan Life Building went up in 1909. Formerly the province of low-rise brick townhouses, office buildings were beginning to sprout like spring flowers. Dr. Emmet owned several of these townhouses on the east side of Madison between East 28th and 29th, and in 1912 at the age of 84 he tore them down and built the 16-story building still there at #95 Madison.

Architecture was beginning to transit out of the Beaux-Arts period, but 95 Madison hewed to the old plan and was absolutely festooned with terra cotta, including the reclining nudes above the entrance… 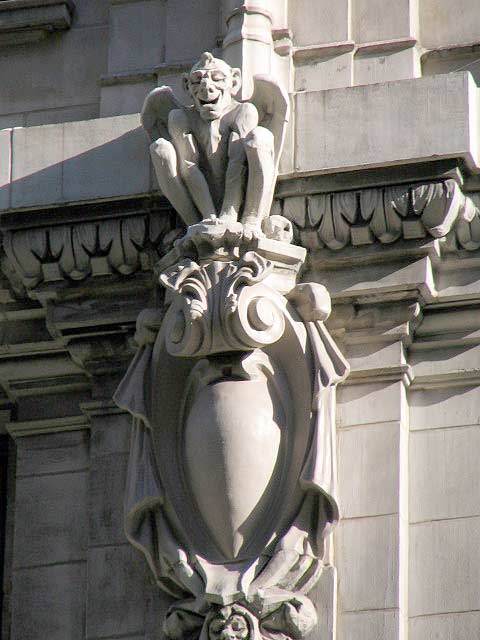 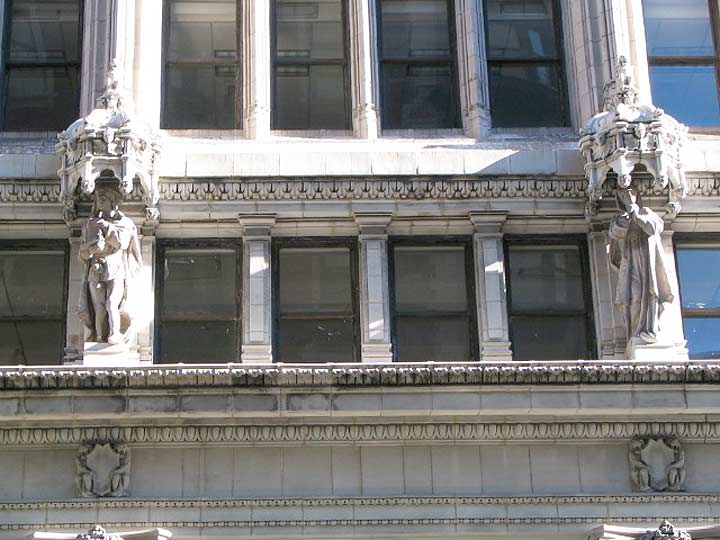 … and on the string course above the first floor, the usual complement of gesticulating grotesques.

Disregarding the usual practice for office buildings, Dr. Emmet owned a penthouse and a solarium at the top floor. He enjoyed his occupancy until his death in 1919, after which he was buried in Dublin and the penthouse was converted to commercial space.

“…a vehement critic of Irish rule in England…”

Um, huh? Did I miss a chapter in history class? When did the Irish rule in Englad? Or am I reading that incorrectly.

sorry, typed it too quickly