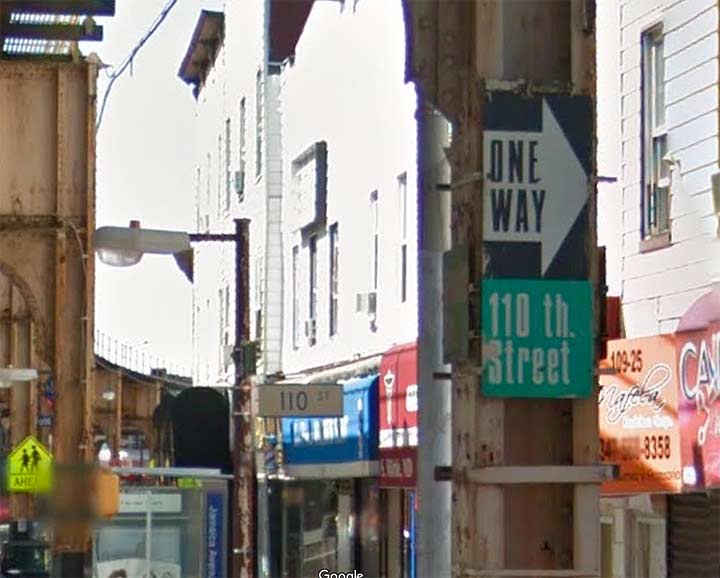 Some interesting stuff going on in this Google Street View picture of Jamaica Avenue and 110th Street in Richmond Hill from 2011: There’s that white and blue 110th Street sign, and the odd “One-Way” and “110th Street” signs on the elevated train pillar.

1) The white and blue signs aren’t leftovers; they were a temporary installation for the filming of Men In Black III along this stretch, and props to the prop department for recreating Queens street signs in 1969, in which much of the movie was situated. I’d be surprised if they were there in 2015, but they were in 2013.

b) The squarish signs in “Helvetica Extremely Condensed” (I’m not sure of the name) were an experiment of the then-Department of Traffic in the 1970s. Several of these signs are still on Jamaica Avenue, but they weren’t used elsewhere.