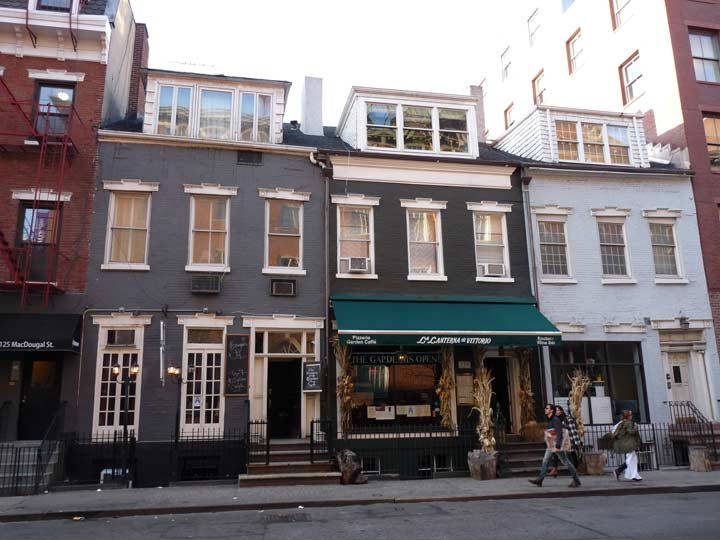 Here’s a trio of well-preserved, 19.5 feet wide Federal style townhouses on the west side of MacDougal Street north of West 3rd and adjacent to the Provincetown Playhouse. This part of Greenwich Village was settled in the 1820s after a cholera epidemic downtown forced many residents to move uptown. There was already a potters’ field in the area beginning in the 1790s, and it was reshaped into a  military parade ground in 1826 and, two years later, Washington Square Park. Renovations in the park about a decade ago (in the 2000s) actually turned up an intact gravestone.

These townhouses were built in the 1820s on the property owned by a Bowery hatter, Alonzo Alwyn Alvord. They had names in those days. Two (129 and 131) have kept the original Ionic columns at the front entrances, and while each were built with two separate dormer windows, they were all linked together around 1930, according to the NYC LPC Report for #129, which has an afternoon’s worth of information about these remarkable houses and the neighborhood in which they were constructed.

What is “forgotten” about these? –Christopher